Tucker Carlson’s documentary features Prime Minister Viktor Orbán, Minister for Family Affairs Katalin Novák (now, nominee to be president), and others. An important theme is the situation of families and population decline in Hungary, but the central issue is George Soros and migration.

Recently, Carlson interviewed Foreign Minister Péter Szijjártó as well, after showing the trailer of the now released documentary about Hungary, entitled Hungary vs. Soros: The Fight for Civilization.

History of Hungary and Orbán

Carlson emphasizes at the beginning of the documentary that Hungary has been occupied during its history several times: “Unlike the US separated from the rest of the world by two big oceans, Hungary has no natural geographic barriers. It’s on a plain, a flat basin, anyone with an army can roll through, and over the past 800 years, many armies have.” He also gave examples: the Ottoman Turks, Muslims, the Habsburg Empire. “After World War I, the Trianon Treaty was imposed on them by the victorious Allies, which severed two-thirds of greater Hungary away from the ethnic Hungarian part. And then after World War II, they were occupied by the Soviets and ruled by the communists for another 40 years. So these are people who know what it’s like to have their country under foreign domination.”

Orbán rose to global prominence in the late-1980s, as a student anti-communist political reformer. At the time, Orbán was a Soros protege. He attended Oxford University on a Soros Foundation Scholarship, but as his political career progressed, so did his views. Orbán became a Hungarian nationalist. He and George Soros became bitter enemies,”

Hungarian Prime Minister Orbán is described in the video.

Orbán mentioned that he finds Soros “a very talented Hungarian man,” however, he added: “But we are not only talented for good things, but we are also talented for bad things as well. So he is that kind of man who did not respect the tradition of this country. He has a philosophical, ideological conviction, and they would like to force it on us to follow his track to transform our lives.” Carlson continued by saying “Unlike the threat from the Soviets or the Ottoman Empire, the threat posed by George Soros and his non-profit organizations is much more subtle, and harder to detect. Soros creates powerful storylines by laundering his political opinions through the NGOs he finances.”

Carlson started by describing Hungary as a "small country in Central Europe that has a lot of lessons for us [the US]."Continue reading

According to Carlson, “Soros opposes Orbán because he opposes nation-states,” and he “has spent decades waging a kind of war – political, social, and democratic war on the West.” The Fox News host said: “In 2015, Soros got his chance to play a role in transforming the entire continent of Europe,” referring to the migration crisis. “Leaked documents show that in 2015, Soros spent huge amounts of money on pro-refugee propaganda which then appeared in global media outlets. Soros also lobbied European governments directly to get them to open their borders to impoverished people from around the world. And they did.” Carlson also said that with migrants came crimes as well: “Crime and violence skyrocketed. So did rape.”

The reporter showed Hungary’s fence at the southern border. Carlson explains that Hungary is not a rich country, not even the richest in the region, yet they managed to put up a fence on the border relatively quickly. Carlson says Hungary has been punished by the EU for excluding refugees. At the border, they show two migrants who “were escorted through a doorway back into Serbia.” (Beforehand, promoting his film, Carlson referred to the country by saying, “they take their picture, they interview them, and then like 15 minutes later, they lead them outside the fence and back into Slovakia.” This was a mistake as Hungary shares borders with Slovakia to the north).

The film also features Katalin Novák, the former Minister for Families, now Fidesz’s candidate for the presidency, who told Carlson that the aim in Hungary is to curb population decline by supporting families and not by importing children. “First of all, the first direction we have challenges from is migration. The second one is the natural decline of the number of our population,” Orbán said, and Carlson explains that “Birth rates are declining. That’s true in this country, as well as in Europe.” 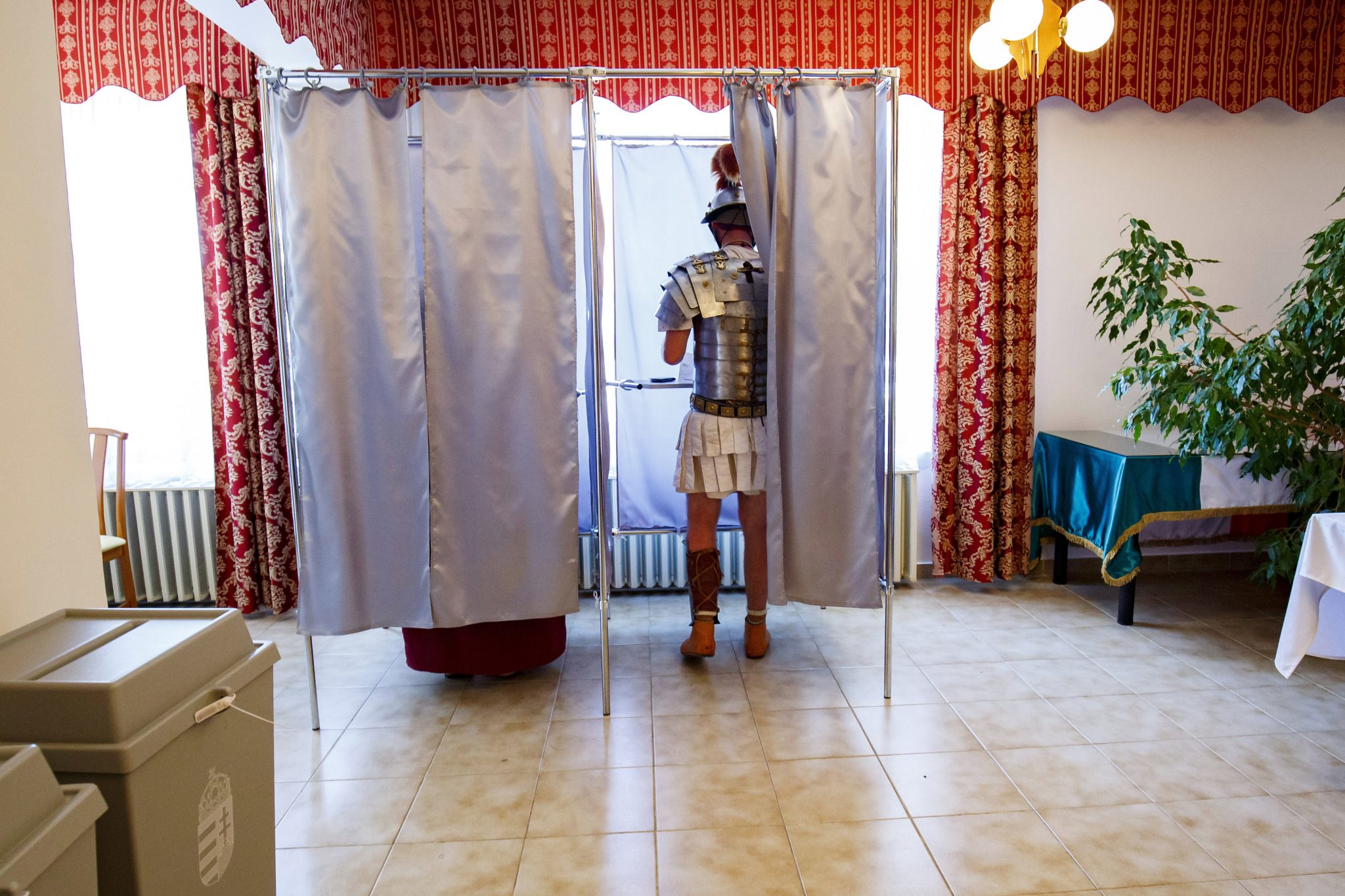 A pro-government columnist fears that foreign agencies including the CIA may interfere in the Hungarian election to help the opposition. The leading liberal weekly finds such accusations absurd, and points out that it is the government that created a network of foreign supporters.Continue reading

Novák cited examples of how they support Hungarian families: “So if we have a young couple, and they want to raise children together, they can get credit without an interest rate. It’s quite a large amount of money,  it’s 10 million forints, which means like $30,000 USD. You don’t have to pay it back if you will have three children.” She also mentions that with three children, people don’t have to pay back their student loans if they had any. “We have a full exemption, lifelong, from paying personal income tax for mothers with at least four children. You also get a housing subsidy. If you want to buy a car, a seven-seater, if you have three children, or the third child is on the way, then you are eligible for this support,” and the success of this is confirmed by a salesman at a car dealership.

Alleged interference in the elections

According to Carlson, “Despite what you hear in American news outlets, Orbán is not an autocrat,” adding that “in fact, he stands a decent chance of losing.” In the film, Carlson also referred to the 2022 parliamentary elections, which he described as a clash between Orbán and Soros, and between nationalism and globalism. “Orbán also said that outside forces are currently interfering in the work of the Hungarian government. Carlson himself recently told Foreign Minister Péter Szijjártó that others “are going to try to interfere with your election.”

At the end of the video, Carlson answers his own question posed at the beginning of the episode: “How do you defeat Soros?” According to him, the answer is simple: “You need leaders who love your country, who care about its future, and the people who live there. You need leaders who are willing to fight,” he concludes.

Carlson shot the documentary in Hungary last summer when he met with Viktor Orbán and conducted the interview as well. Deputy Minister Balázs Orbán also appears in the documentary and parts of Péter Szijjártó’s previous interviews are also shown, mostly the one with CNN‘s Christiana Amanpour.

Media reaction to the one week visit the Fox News host paid to Hungary and his interview with PM Orbán.Continue reading