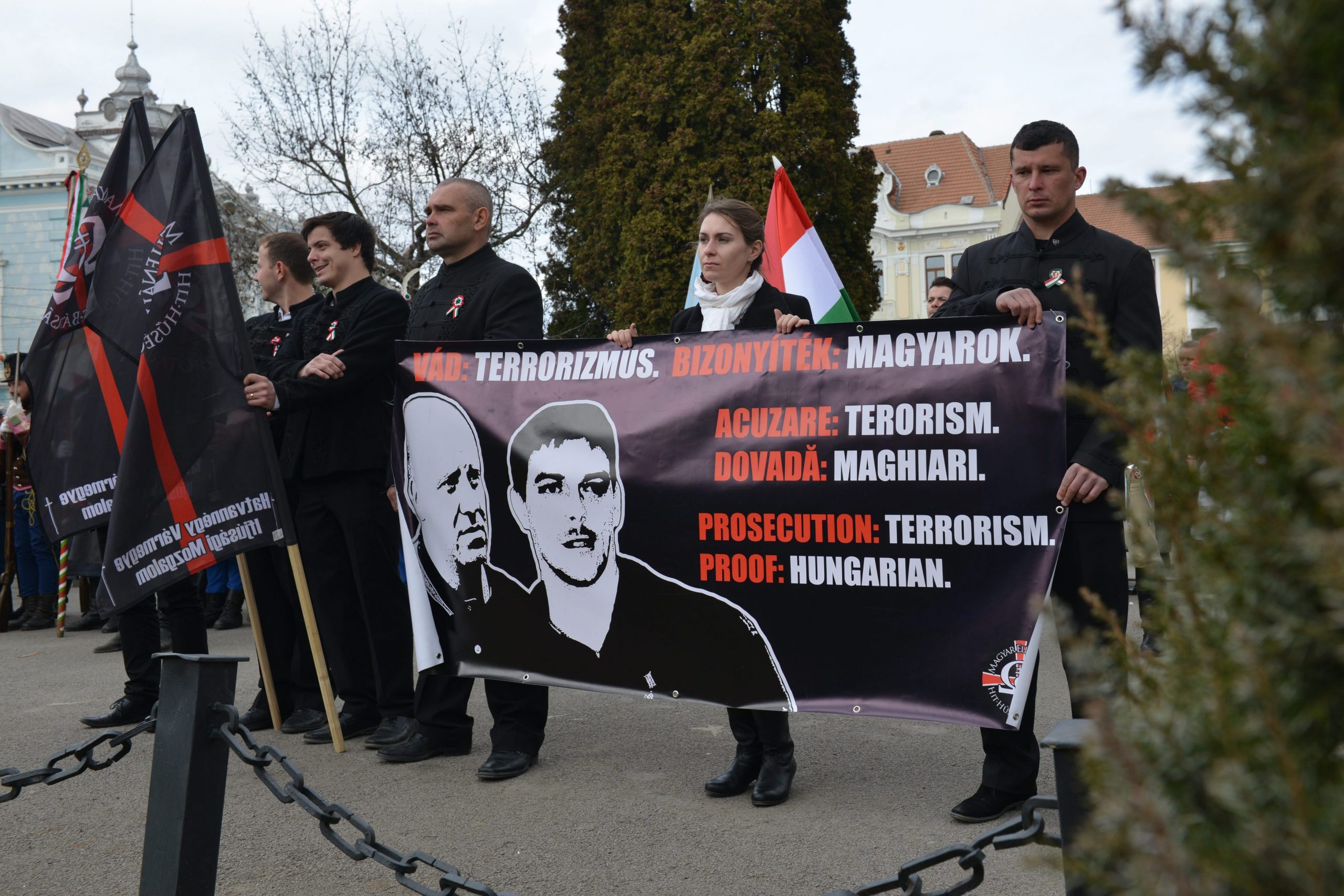 Two Szekler activists who had been charged and sentenced for terrorism in Romania were released on bail on Monday by the Brassó (Brașov) County Court. The men had spent more than five years in jail in total in what many saw as a sort of show trial, serving to whip up anti-Hungarian sentiments in Romania.

Both Zoltán Szőcs and István Beke were ranked high in the Sixty-Four Counties Youth Movement (HVIM), with the former being the president of the organization’s Marosvásárhely (Târgu Mureş) division, while the latter headed the Transylvania branch as a whole.

The organization’s name refers to the sixty-four counties ‘Greater Hungary’ had had before the Treaty of Trianon. HVIM is an organization that is known in Hungary for its radical nationalist stances with names like far-right Mi Hazánk leader, László Toroczkai, among its founders. In Transylvania on the other hand, although they loudly stand up and demonstrate for Szekler autonomy, besides some rare statements, they strive to not cross any lines and have been operating without any major incident.

The two were first captured at the end of November 2015, following intercepted conversations about setting off firecrackers in the main square of Kézdivásárhely (Târgu Secuiesc) in December 2015 at the military parade organized for the Romanian national holiday (the anniversary of Hungary losing Transylvania to Romania in 1918). The Romanian authorities, however, saw that as an attempt to detonate a home-made explosive device at the parade and charged them based on the intercepted phone conversations and firecrackers found at Beke’s home.

Following their arrest, the Romanian public considered it proven that violent Hungarian separatism does exist in Romania, of which there hadn’t been any demonstrable proof thus far. The circumstances of the case have led many to believe that they are victims of a show trial.

A Bucharest court then acquitted them from terrorism charges and only imposed a minor prison sentence (similar to the length of time they had already spent in pre-trial detention) for possessing illegal fireworks.

In July 2018, they were both still sentenced to five years in prison in Bucharest for terrorist acts and incitement. The verdict caused general shock among Hungarians in Transylvania, as they had already spent almost the same amount of time in pre-trial detention.

In May 2020 they had the chance to apply for parole. Since then, four such requests for parole were denied despite the relevant prison committee’s recommendations on the basis of good behavior.

They were reportedly received by a crowd in Kézdivásárhely (Târgu Secuiesc). “It was hard in prison as an innocent. After all, a single day spent in captivity seems a lot,” the two said after their arrival.

They also slammed the Romanian authorities for several irregularities in the process.

Zoltán Szőcs also spoke about the importance of the demonstrations, which in his opinion their case also proved. They praised the public for their support, both in Transylvania and Hungary, which helped them a lot and gave them strength.

There is no such example in the world: people accused of terrorism, and yet so many people, the city of Háromszék, Transylvania, the Hungarians of the Carpathian Basin and even beyond, stand up in support of the two ‘terrorists.’ This only exists here in Szeklerland,” Szőcs said.

featured image: a demonstration against the two’s prosecution in 2016; via Edit Kátai/MTI