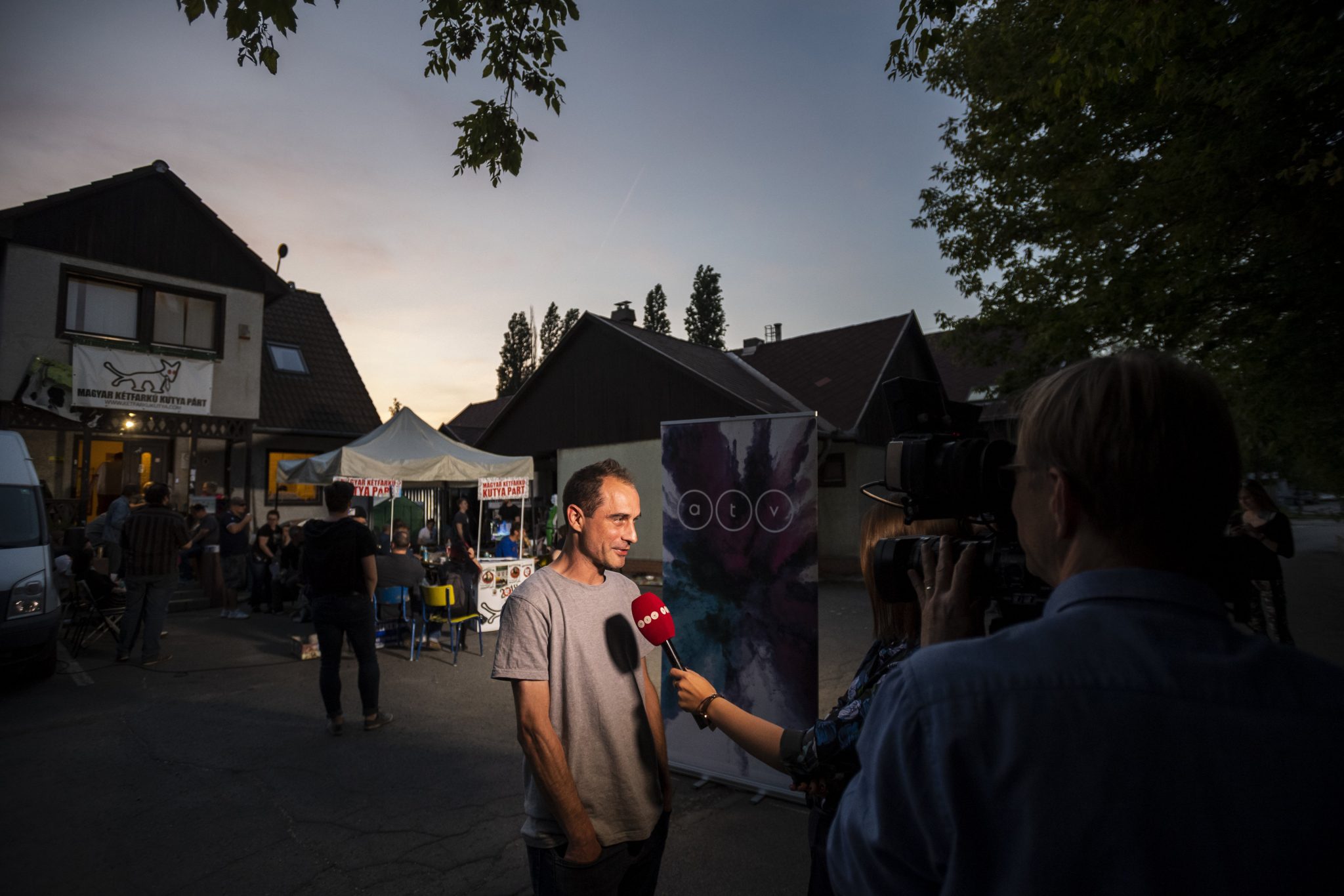 The satirical, government-critical Two Tailed Dog Party (MKKP) returned some HUF 117.7 million (EUR 318,000) in state support to the State Treasury, after roughly 400 recommendation signatures came from suspicions sources in one of the constituencies, resulting in the withdrawal of their candidate there. This just adds to other controversies the small party encountered when collecting recommendations.

According to MKKP, in Heves County’s 2nd constituency (centered around Gyöngyös), unknown persons took around 400 empty signature collection sheets, and soon brought them back filled out. The efficacy and swiftness, however, raised suspicion, and the collectors’ telephone numbers became unavailable at the time of the submission deadline.

According to the Hungarian electoral law which was controversially changed by the Fidesz-KDNP parliamentary majority before the election, a party must field at least 70 candidates in the 106 single-member constituencies to be able to field a national list, and to be able to gain state support. One candidate needs at least 500 signatures in a constituency to be able to run.

This led them to dispose those signature sheets and withdraw their candidate in the district, as “we didn’t want that any of our signatures to come from an unauthenticated source.” As this candidate would have been their 80th one, they could only field 79 runners by the deadline. Due to the ‘progressive’ nature of the state support payments intended for each party, there is some HUF 117.7 million (EUR 318,000) difference between fielding 79 or 80 candidates, meaning that the party would receive this much amount less in state support.

Consequently, party leader Gergely Kovács transferred back this exact amount to the State Treasury right away. “We didn’t dare check how much the transfer’s handling fee was,” he ironically noted on social media.

Fidesz behind the signos?

It is important to note that earlier, certain Fidesz opinion leaders (such as controversial columnist Zsolt Bayer) urged their voters to sign for smaller parties, including MKKP, in order to potentially divide votes to be given for the opposition alliance, thus weakening the opposition’s chances (and compromising MKKP in case they manage to get into parliament). “If Bayer really wants to help the party, he would do better to keep quiet,” Kovács reacted at the time, explicitly asking Fidesz voters not to sign for MKKP.

In another antecedent, besides MKKP being active in the discovery of local, smaller suspicious cases, they are also actively exposing so-called “fake parties” (who one way or another want to bag state support without actually doing political work). It made the news about a week ago that the party pressed charges against György Gödény‘s (who during the coronavirus crisis hit the news by being skeptical of the measures, restrictions, and vaccination) Party of Normal Life (NÉP) for electoral fraud.

According to MKKP’s explanation, the registration form on NÉP’s website asked for a personal identification number, too (which may only be asked for when making the recommendation in person). Why is this suspicious? Because this data isn’t required for contact, “the only logical explanation being is that this way they could simply copy the details of their supporters onto their recommendation collector forms, “forge the signatures and be done,” MKKP explains.

The ‘Chicken Man’ (the party’s candidate in Csepel and Soroksár), even checked the method himself by filling out the form (recommendations may be checked online), which eventually confirmed MKKP’s suspicion, as he later appeared among NÉP’s supporters in the district.