Saint Stephen and the West

This Saint Stephen’s Day, August 20th, let’s take a moment to remember a very important decision that St. Stephen made as the first king of Hungary. At the time, it was not clear whether Hungary would follow the path of St. Stephen’s father, Géza, and choose Eastern Orthodoxy, or change tack and join the Catholic Church. St. Stephen made a landmark decision by choosing to embrace Catholicism. He invited German Catholic missionaries to preach the Catholic faith in his fledgling kingdom, allegedly received the Holy Crown from the pope, and even offered the entire Kingdom of Hungary to the Virgin Mary. His decision put Hungary on a path to join the Western world.

St. Stephen not only placed us on a path to the West, but he also laid the foundation for a state that has survived for more than a millennium, in one form or another.

A perfect example of this is his founding of the Archbishopric of Esztergom, officially separating the Hungarian Catholic Church from the Holy Roman Empire. St. Stephen was not at all naïve, he knew that to survive and thrive as a part of the West, we would need to maintain our own independence as well.

Hungary has spent centuries at the crossroads between East and West. From being the buttress against the Mongols, to the frontline of the fight against the Ottoman Empire, and then the edge of the Iron Curtain, this East-West dichotomy has defined our history. Yet our politicians and leaders, just like St. Stephen, have always looked to the West. We fought off the Mongols, and in the aftermath Béla IV. rebuilt the kingdom into a powerful European state. We fought the Ottomans for more than 150 years alongside a coalition of Europeans. Despite fighting the Habsburgs as well, we came to a compromise with them in 1867, establishing one of the greatest multi-ethnic empires on the European continent. In 1956, we rose up against Soviet tyranny, showing the world our desire to live in a free and just society. Following the collapse of communism in 1989, we rushed to rejoin the Western world.

Of course, being a part of Europe and the West has obviously not always been rosy.

In the aftermath of 1989, Western companies ransacked unprepared Eastern economies, and their economic dominance is still felt to this day. But cooperation has prevailed, the close relationship between Germany and Hungary in automobile manufacturing is a mutually beneficial relationship that other countries can only envy. We have become more integrated than ever, and our future success depends on how well we continue to work together.

We cannot let ourselves be tricked into thinking that we are different from our Western European counterparts, that there is some inherent difference in Eastern Europe that makes our way of life irreconcilable with the West.

This is pure fallacy, and we can thank more than 40 years of communist misinformation and economic stagnation for it. 100 years ago, you would have been hard pressed to find any significant cultural or economic difference between an Austrian and a Hungarian farmer, other than the language they spoke. But just as it was possible to manufacture a “backwards” Eastern Europe over a few decades, it is possible for the “Eastern” countries to once again reintegrate into Europe. 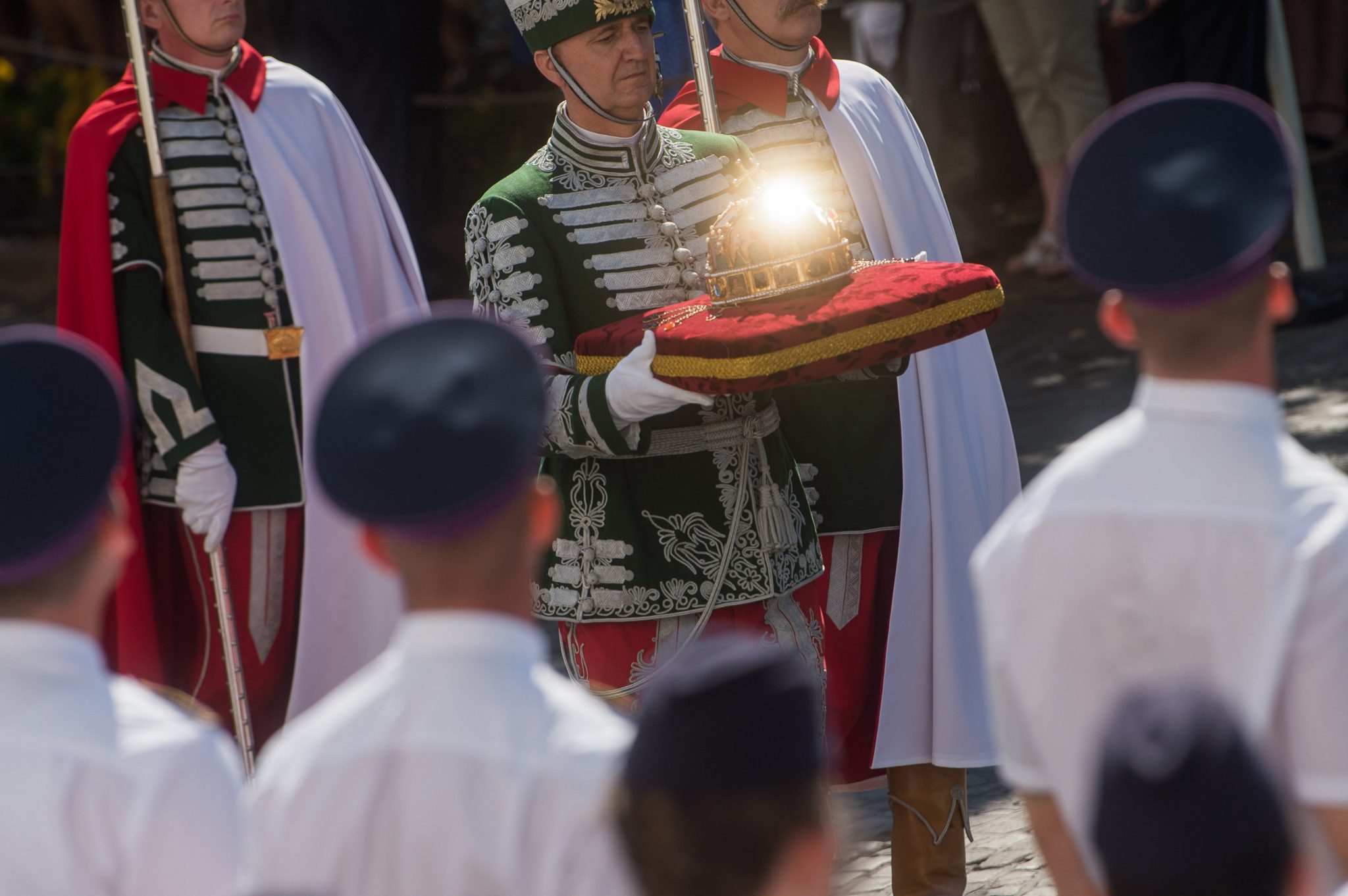 The last 30 years are an excellent example of how far we have come. From a poor Warsaw pact nation, we have become an EU member state in the Schengen Area, a NATO ally, and a regional power in the Visegrad Four. A Hungarian in 1980 would have thought each and every one of these milestones unachievable.

Despite the conflict and suffering we have gone through, Hungarians never abandoned St. Stephen’s original vision, that of a Western-oriented Hungary.

We have made significant strides to overcome our communist past and distance ourselves from it, to become a modern, economically strong EU member state. It is high time to stop this self-separation from the West, as it exists purely in our own minds: there is absolutely nothing preventing us from becoming full and equal members of Europe except ourselves.

In the featured photo illustration: the statue, made by Miklós Melocco, depicting the coronation of St Stephen at sunset (Esztergom Basilica). Photo by Balázs Mohai/MTI 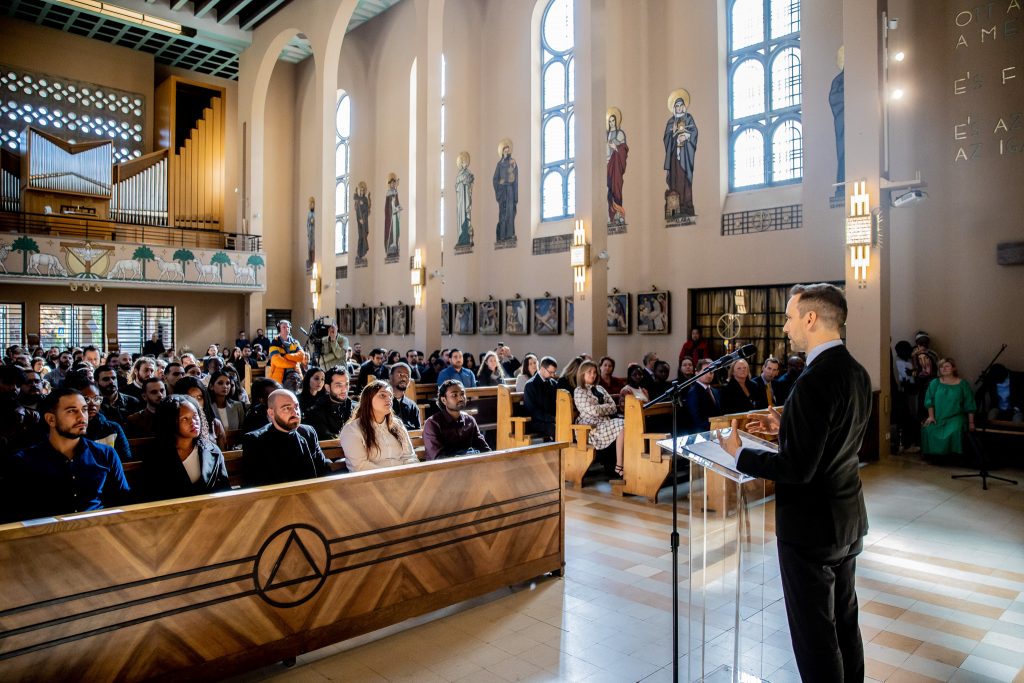 At a scholarship ceremony, State Secretary Tristan Azbej stressed the importance of helping persecuted Christians and assisting them to thrive in their homeland. Hungary wants to support all communities in need around the world, not only Christians, but they hold a special place in the hearts of Hungarians, Tristan Azbej, the state secretary responsible for […]
MTI-Hungary Today 2022.10.21. 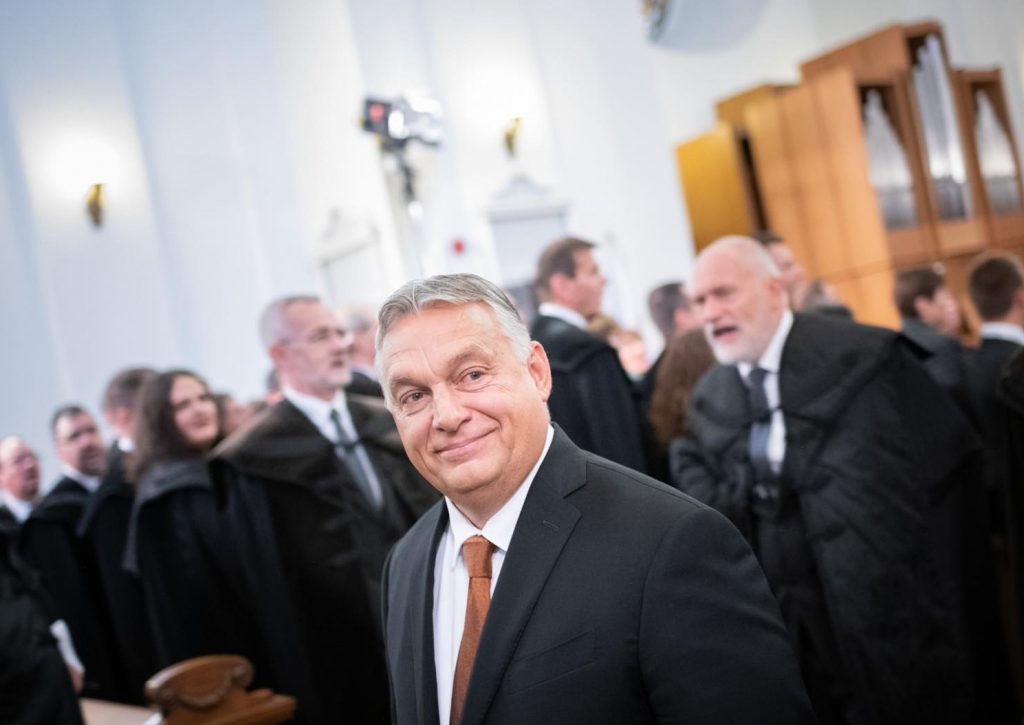 “Our difficulties are grave indeed, but whenever one runs out of strength, mercy always makes up for it,” Viktor Orbán stressed at an event in Budapest. Hungarian Prime Minister Viktor Orbán addressed the inauguration ceremony of the refurbished Dunamellék episcopal office, Reformed theology college, and student accommodation in central Budapest on Saturday. The accommodation was […]
MTI-Hungary Today 2022.10.03.