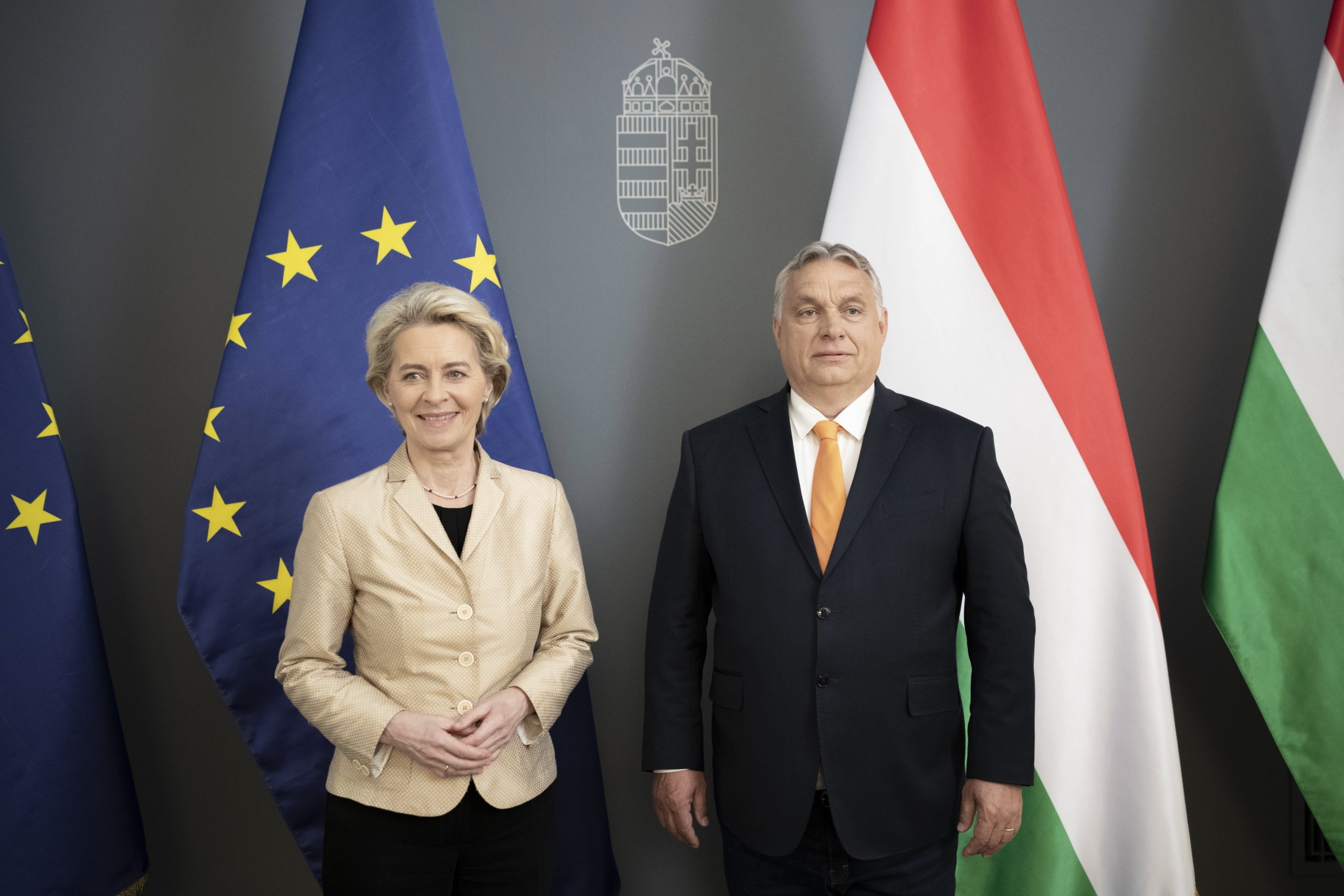 Pro-government commentators find the EU proposal to eliminate Russian oil unrealistic and even counterproductive. Left-wing and liberal pundits also acknowledge the economic cost of an oil embargo, but fear that abandoning or diluting the plan would weaken the EU and benefit Russia.

Background information: On Friday, Politico wrote that the EU may abandon the idea of a Russian oil embargo. Quoting unnamed sources, Politico maintained that the EU leadership may give up the plan as a result of the Hungarian threat to veto it. The European Commission dismissed the Politico article and reiterated its intention to impose a  ban on oil imports from Russia.

Magyar Nemzet’s László Szőcs fears that the oil embargo would further increase inflation in the EU, and therefore scrapping the proposal would be beneficial for several EU member states. The pro-government commentator remarks that Hungary has no choice but to veto the proposal as it imports more than 60 per cent of its oil requirements from Russia. Szőcs suspects that Hungary’s veto would also help other countries in the EU that are dependent on Russian oil, but are not willing to risk a diplomatic conflict with Brussels. But Prime Minister Orbán is a seasoned politician with strong public support, Szőcs adds, mentioning that according to a recent survey by the Századvég think tank, two-thirds of Hungarians are against the oil embargo.

In Magyar Hírlap, Mariann Őry hopes that Politico is right and the EU is about to discard the oil embargo plan. The conservative columnist agrees with the government that economic sanctions do not have much impact on Russian foreign policy, and also shares the government view that Hungarians ‘should not pay the price of the war’. Őry believes that the EU is motivated more by hysterical and ideological thinking than reasonable calculations. She finds it absurd that Hungarians should be worse off because of Ukraine’s putative battle for ‘European values’. Concerning suggestions that the EU might cancel the veto rights of member states, Őry believes that such a step would lead to the further centralization of the structures of the European Union and turn Hungarians into second class citizens.

In 168 Óra, György Unyatyinszki quotes the claims of oil refinery experts, according to whom Hungary could completely overhaul its oil import technology in a relatively short time and enable its refineries to receive Brent crude oil rather than Russian Urals. The left-wing journalist acknowledges that upgrading the infrastructure of the MOL oil company would cost hundreds of millions of dollars, but argues that the company has made huge profits from the import of the cheaper Urals crude, and the EU also seems willing to subsidize the upgrade.

The same weekly in a first page editorial disagrees with the government that sanctions hurt Hungary and the EU more than Russia. 168 Óra notes that as a result of the sanctions, the Russian economy is projected to shrink by 12 per cent this year. 168 Óra considers it important to maintain embargos and other sanctions in order to discourage Russia from further territorial expansion.

On Telex, Gergely Brückner wonders whether the EU would be worse off cutting Russian oil or giving up such plans and losing face. The liberal commentator takes it for granted that the proposed oil embargo would be a huge blow to European economies. On the other hand, by scrapping the plans, the EU would lose its international reputation and credibility, Brückner fears. In an aside, he notes that if the dispute between the EU and Russia escalates, Moscow may decide to cut energy supplies to Europe anyway, in which case Hungary would be left without Russian oil and gas in any case.

24.hu’s Zsolt Kerner deems it unlikely that Prime Minister Orbán will back off and approve the EU’s oil embargo unless the EU offers compensation to Hungary. The left-wing pundit points out that PM Orbán has just won another landslide electoral victory, and therefore does not fear a dispute with the EU. It will nonetheless be difficult to broker a deal, bearing in mind that some EU countries have already criticized Brussels for its willingness to offer hundreds of million of Euros in compensation to Hungary.

On 444.hu, energy security expert József Balogh points out that the more EU countries cut off Russian crude oil, the cheaper it becomes and therefore those countries that still import it will make even higher profits on it – while weakening EU unity.