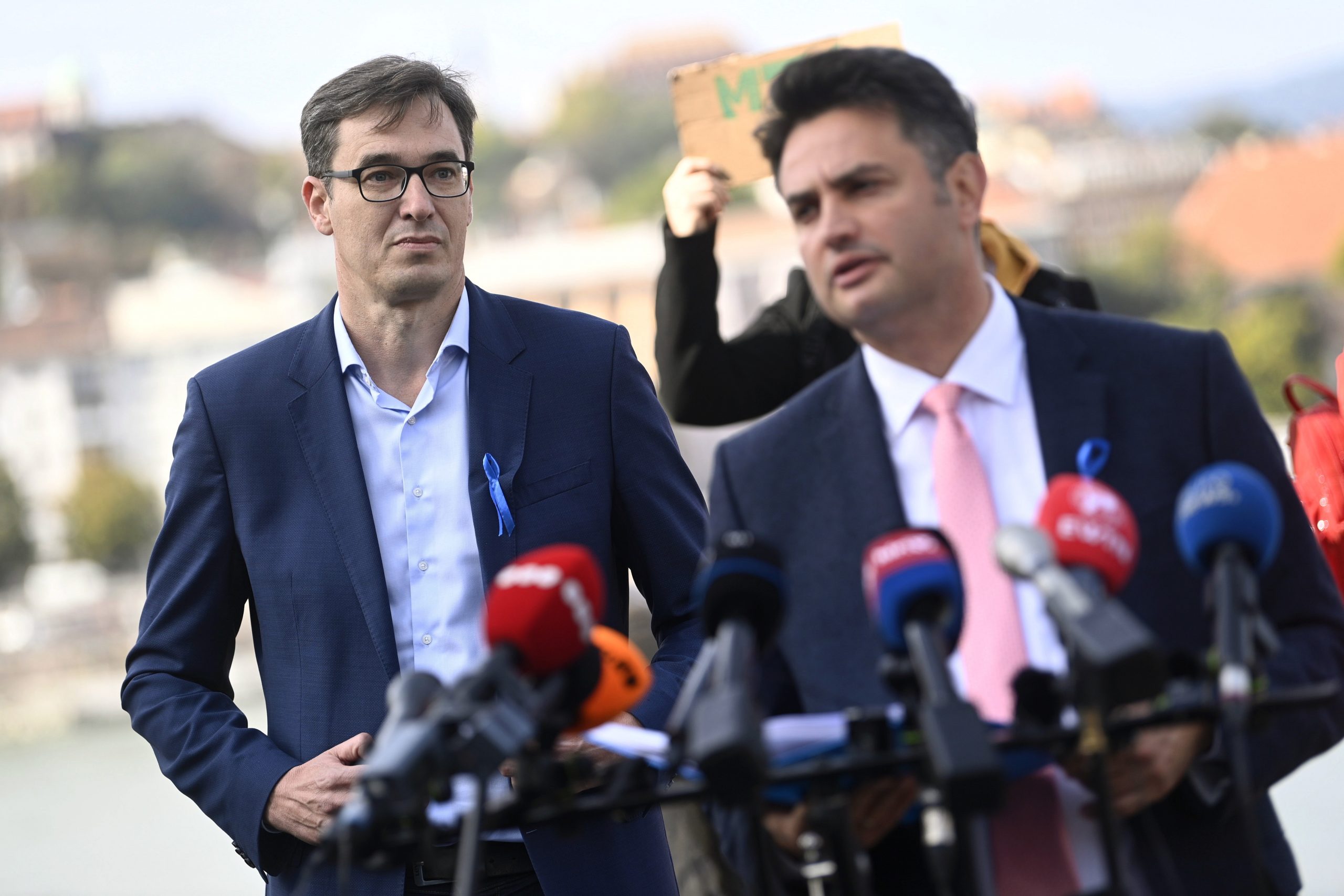 A pro-government daily reads Gergely Karácsony’s decision to withdraw from the opposition primary as proof that he is a failed politician. A left-wing analyst lambasts him for releasing a string of contradictory statements.

Background information: After promising to agree on which candidate would withdraw from the race, then trying to run in tandem, then announcing that they would compete with each other, the mayors of Budapest and Hódmezővásárhely held an open-air press conference on Friday at which Karácsony declared that he would withdraw his nomination.

In an unsigned article, Magyar Hírlap suggests that it was Karácsony’s poor performance over the past two years as Mayor of Budapest that sealed his fate in his bid to become the opposition front runner in next year’s election. His withdrawal is depicted as all the more humiliating, as he repeatedly refused to step back since last Sunday. Magyar Hírlap claims the real winner of all this is DK leader Ferenc Gyurcsány, who has thus destroyed a third potential challenger as leader of the opposition (after Momentum leader Fekete-Győr and Jobbik chairman Jakab who fared poorly in the first round of the primary). The pro-government daily predicts that in case Márki-Zay defeats Klára Dobrev (Gyurcsány’s wife) in the primary run-off next week and becomes PM next year, Gyurcsány will find it easy to rein him in or dispose of him.

On Klubrádió, political analyst and Jelen editor Zoltán Lakner describes Karácsony’s and Márki-Zay’s performance this week as unprofessional. He believes they shouldn’t have made definitive declarations about their intentions before agreeing properly. Their daily, contradictory statements put their supporters on a virtual rollercoaster and may have discouraged many followers, Lakner worries.