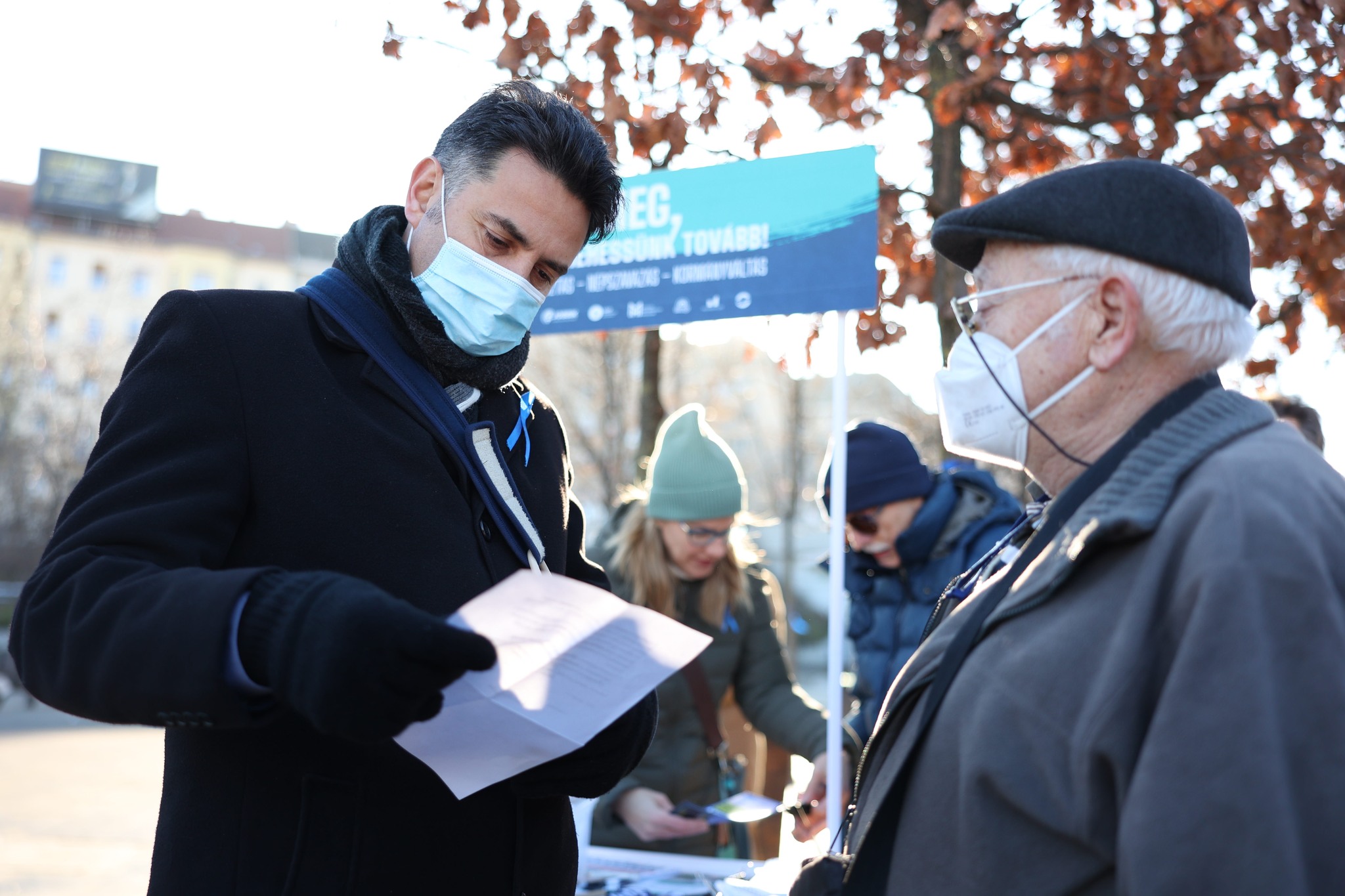 The referendum drive of the opposition alliance aimed at preventing a campus of Fudan University to be built in Budapest, and calling for an extended period of jobseekers’ allowance, has garnered 170,000 signatures, the opposition parties announced at a joint press conference on Friday. It is still highly doubtful whether the vote could be held on the same day as the general elections.

Originally, the opposition aimed for a five-question referendum, however only two questions managed to pass through the National Election Office (NVB):

Unlike the governing forces who didn’t have to collect signatures at all because they initiated the referendum, the opposition has to garner some 200,000 signatures for each question. Reportedly, at the beginning, the collection was going slowly, as there was a number of debated questions, which perhaps somewhat distracted their focus.

Meanwhile, it has been confirmed that the Fidesz government’s controversial vote regarding gender will be held together with the general elections.

Like the governing forces, the opposition would like to hold the vote together with the elections, the chances of which are, however, getting slimmer by the day, especially since President Áder set the elections to the earliest possible date: April 3.

According to the opposition alliance’s prime ministerial candidate, the referendum would show whether Hungarians wanted a “Chinese communist migrant university” in Budapest’s 9th district or the municipality’s original plans to build a student city providing affordable accommodation.

Commenting on trade and economic policy, Péter Márki-Zay said the opposition was working towards “Hungary looking westwards rather than to the East, a country where competent economic policymaking keeps inflation in check rather than the government capping prices.”

“The true referendum,” he added, would be the general election on April 3, when Hungarians will vote “for or against Fidesz.”

According to Jobbik‘s Dániel Z. Kárpát, it is obvious that even Fidesz propagandists are sweating over why they would import a Chinese communist university instead of creating housing for Hungarians. If we have to choose between commitment to the East and Western wages, the opposition votes for the West, he said.

Anna Orosz, a board member of the Momentum Movement, said: “Prime Minister Viktor Orbán is only interested in retaining power, not in people’s everyday problems.” She referred to the current weak level of the forint and wages which she said were worth less than in any other Visegrad Group country. Pensions, she added, have not increased since 2008. Meanwhile, the government was taking out “hundreds of billions in loans to build the Chinese Fudan university, exposing Hungarians to the despotic Chinese state,” she said.

Vice-chair of Democratic Coalition (DK) Ágnes Vadai said she was convinced that they would manage to successfully complete the signature drive in the coming days.

Budapest Mayor and Párbeszéd‘s co-chair, Gergely Karácsony, said the referendum drive aimed to shape a country where “decisions would be made based on whether they served the interests of the Hungarian people.” The Fudan University campus, he said, would “ruin a project that enjoyed bipartisan support,” namely housing for Hungarian students who are not residents of Budapest. The Student City would “lift the city and rural areas alike,” he said.

Additionally, extending the jobseekers’ allowance to 270 days from 90 days would show solidarity with people who found themselves in trouble, he said.