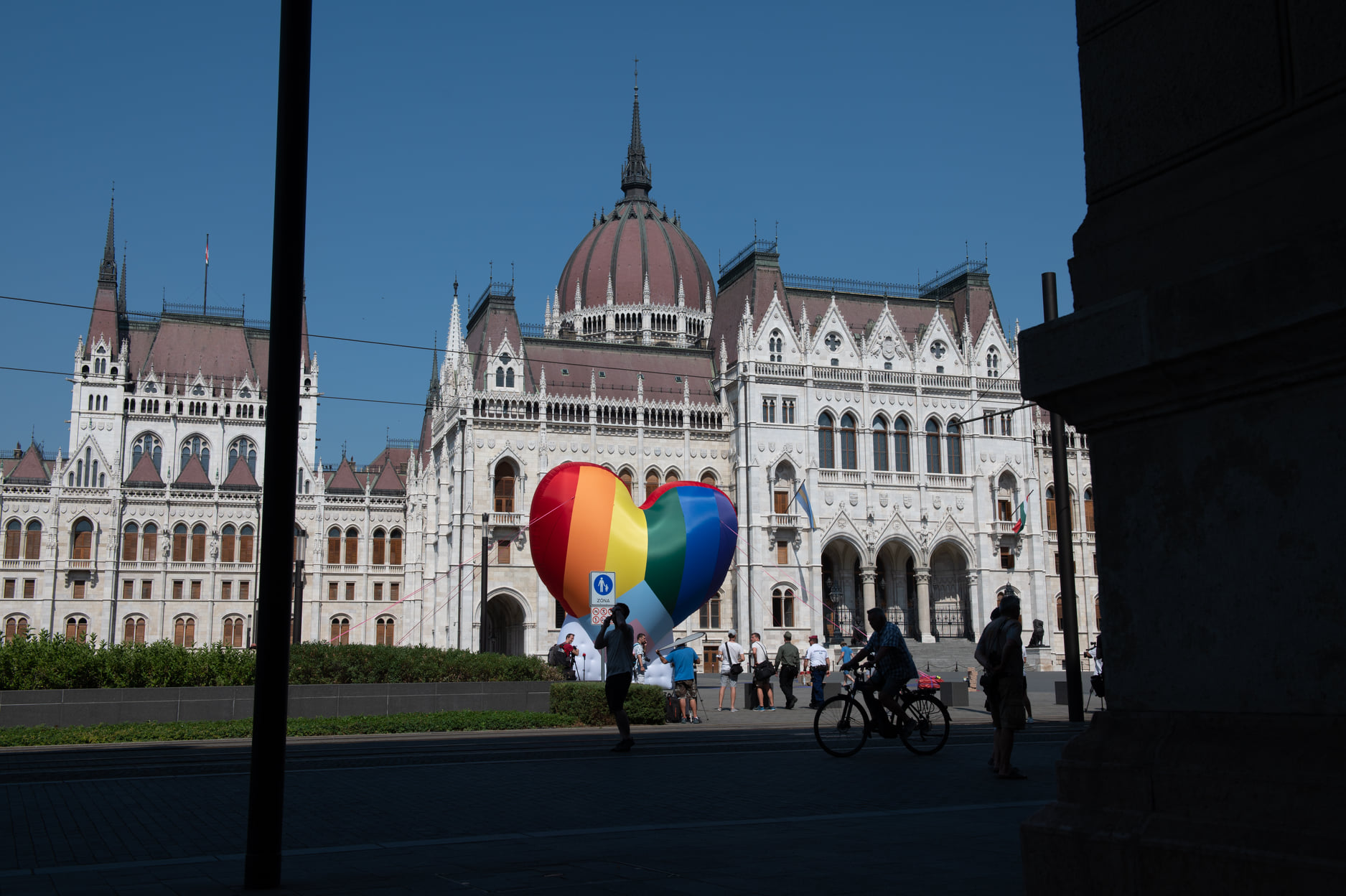 The Hungarian government’s anti-pedophilia law that includes restrictive features to the LGBT+ community, entered into effect today. In protest, Amnesty International and Háttér Társaság (Background Society) raised a ten-meter-long rainbow balloon in front of the building of the National Assembly.

“The government is interfering in the lives of families,” a speaker said on Kossuth Square at the press briefing. Representatives of the aforementioned NGOs also stressed that they would continue their programs.

They similarly plan to kick-start a petition in cooperation with several other organizations, wanting the Commissioner for Fundamental Rights to examine and forward the legislation the bill to the Constitutional Court (AB). “This law must fail,” they said.

A survey was also cited at the rally. Online pollster Opinio’s analysis, representing the 16-59 age group, found that some 79% of people in Hungary have actually heard of the law. Only 22% of them however, agreed that it served to fight pedophilia, while nearly 60% view it as a harsh restriction on gay rights.

RTL Klub’s advertisement is perhaps the first one affected by the new law. The largest commercial channel’s ad saying farewell to series Barátok Közt (Among Friends) had to be covered as it showed a gay couple’s marriage remembering the 2018 season.

You can read more about the bill that has put the Hungarian government once again back in the middle of domestic and international debates, here, here, and here.