EP Debate on LGBTQ+ Restrictive Law: “A Matter of Deep Concern” vs. “Hungary under Attack” 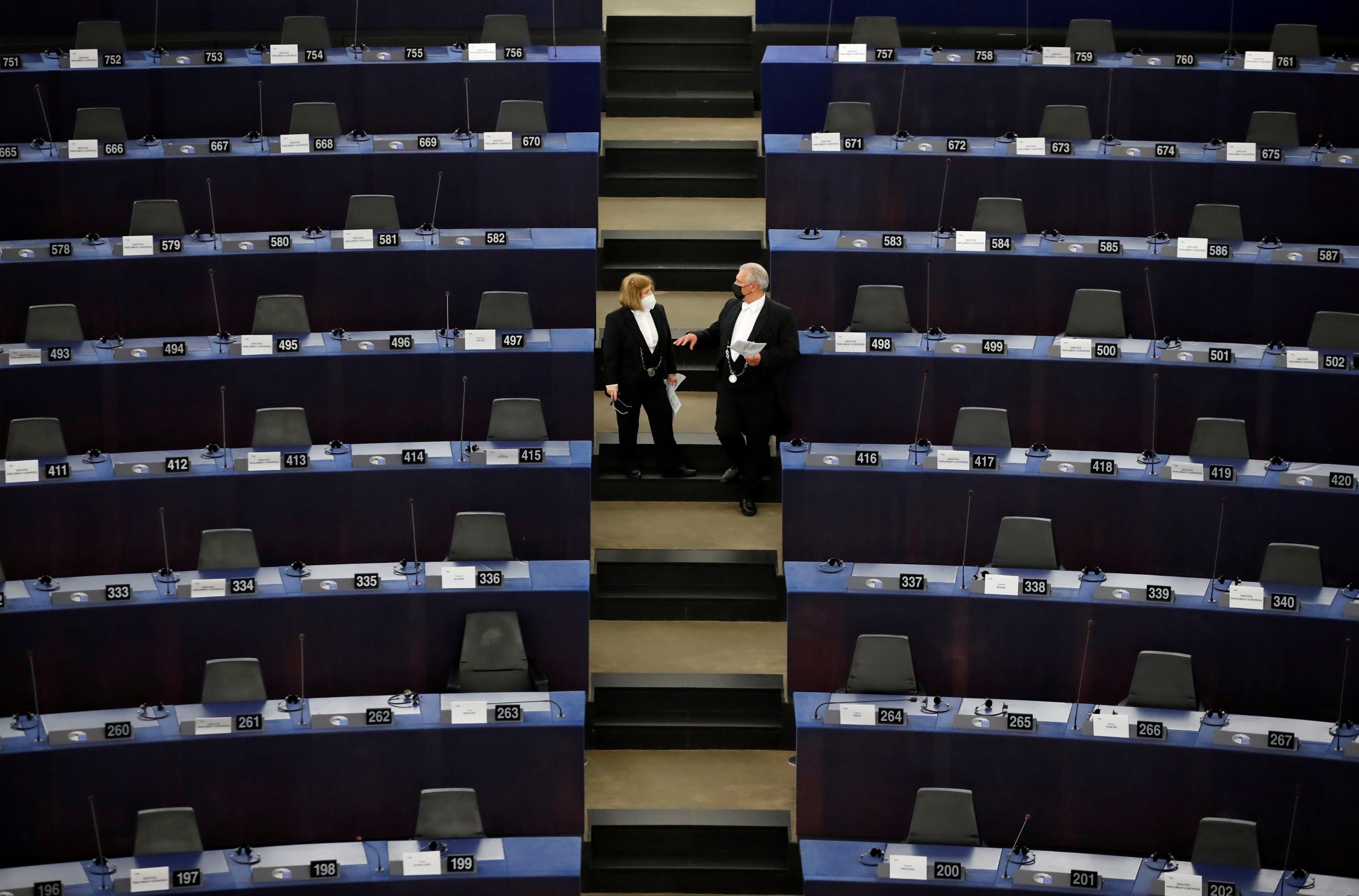 Controversy around the Hungarian government’s new, anti-pedophilia law’s restrictive features towards the LGBTQ+ community hasn’t been toned down. At the EP debate held on Wednesday, the EC president said Hungary must amend the legislation that “violates LGBTQ+ rights,” while a Fidesz politician claimed that Hungary is again under “concerted attack” in the EU. These statements just add to other, earlier legal and political steps both on part of the Hungarian government and European politicians.

Michel: The law is “a matter of deep concern”

Addressing a European Parliament plenary debate on Wednesday following a meeting of the European Council June 24-25th, the EC president said the Hungarian law had been a top priority of the EU heads of state and government. Ursula Von der Leyen insisted Hungary must amend its pedophilia law that “violates LGBTQ+ rights” or face legal action from the European Commission.

She said the law “puts homosexuality on par with pornography” and she called the law discriminatory and “disgraceful.” She added that the law was completely at odds with the EU’s core values.

The EC president said that if an EU member state breached the rule of law in a way that infringed on European taxpayers’ money and the EU budget, the EC was obliged to take action against it.

Charles Michel, President of the European Council, called the law “a matter of deep concern” among EU leaders, noting the disputed legislation had been the chief topic of the last council meeting. He said the meeting had proved useful since Prime Minister Viktor Orbán had been provoked to consider whether Hungary even belongs in Europe. Also, it was reaffirmed that fundamental rights should be placed at the heart of EU activities, he said, adding that the EU had the means to enforce the rule of law.

She said Hungary had come under a concerted attack in the EU regarding Hungary’s child protection law, and yet the law aligned with the EU Charter of Fundamental Rights that states parents have the right to educate their children based on their beliefs and that the child’s interests are supreme. “The analysis that the Hungarian law is problematic because it discriminates against children in accessing certain content is absurd,” she said. “More than anything, the law protects children, and if the EU does not see this, it is worrying,” Gál added.

In addition, the EP could vote as early as Thursday on a ‘motion for a resolution,’ presented by Maltese MP Cyrus Engerer, that slams the Hungarian government and the law that “constitutes a clear breach of the EU’s values, principles and law.” Besides listing recent LGBTQ+-restrictive legal moves of the government, it also stresses “that the Law is not an isolated example, but rather constitutes another intentional and premeditated example of the gradual dismantling of fundamental rights in Hungary (…) organized state-sponsored LGBTQ+ phobia and misinformation campaigns have become tools for political censorship by the Hungarian government.”

It then “…calls on the Commission to immediately take legal action, namely by launching an accelerated infringement procedure against Hungary,” and “…calls on the Commission to use all Court of Justice procedural tools if necessary, including requests for an expedited procedure and interim measures, including penalties for non-compliance with the latter.”

The paper also aims for serious financial sanctions against Hungary as it calls on the Commission and the Council “…to only approve the Hungarian Recovery and Resilience Plan if it is established that it would not contribute to implementing the Law, and subsequently lead to the EU budget actively contributing to breaches of fundamental rights in Hungary.”

It made the news on Tuesday that the aforementioned Maltese politician was condemned for a previous sexual offense. Back in 2014, the openly gay politician was sentenced to two years of suspended prison time for distributing pornographic footage of his former partner on the internet, an act that was driven by his revenge for the breakup.

In reference to the solution, family minister, Katalin Novák, said: “I don’t think we should give in to any such threats that have become common these days (…) you can cry wolf, you can cry wolf many times, but I would warn everyone from being too afraid that there could be any consequences or tomorrow’s debate or the document that comes with it.”

Novák also announced that Fidesz politicians, on the other hand, joined the EP group of European Conservatives and Reformists’ (ECR) “counter-statement,” which reads: “…born in the spirit of national sovereignty and includes the protection of national competences.”

On the law itself, ruling Fidesz’ vice-president once again repeated the government’s stance by arguing that very few have actually know the legislation’s exact content, and by emphasizing that in her view, it was only about the protection of children and those over 18 are not affected at all by the package.

Politico, meanwhile, asked the first openly gay Hungarian politician. Gábor Szetey, a state secretary in the left-liberal Gyurcsány government, publicly came out in a speech opening Pride festival in 2007. He now said that “back then in 2007, Hungary seemed to be the most progressive Central-Eastern European country (…) I do believe that there is no progress without backlash, but when I look at that country, I wonder, is there progress? We are practically going backwards ever since.” Moreover, “this is a political weapon they are using, but the fact that they dare to use it shows that the only thing they care about is keeping power, by any means,” he commented on the bill.

In addition, on Tuesday the Orbán administration released a decree reacting to European criticism. Issued by Viktor Orbán himself, the document condemns recent “crude, anti-democratic remarks” made by the prime ministers of a number of EU member states and several EU officials concerning a law which “has crossed a red line,” and against which “it must defend itself by all available European legal means.”

The decree, meanwhile, also claims that “we didn’t allow Communists to do this either, so we don’t allow the self-appointed apostles of liberal democracy to raise children instead of Hungarian parents.” It further delegates Justice Minister Judit Varga to “…inform European politicians on the decree, on the content of the bill, and on the legislation and government’s goal.”