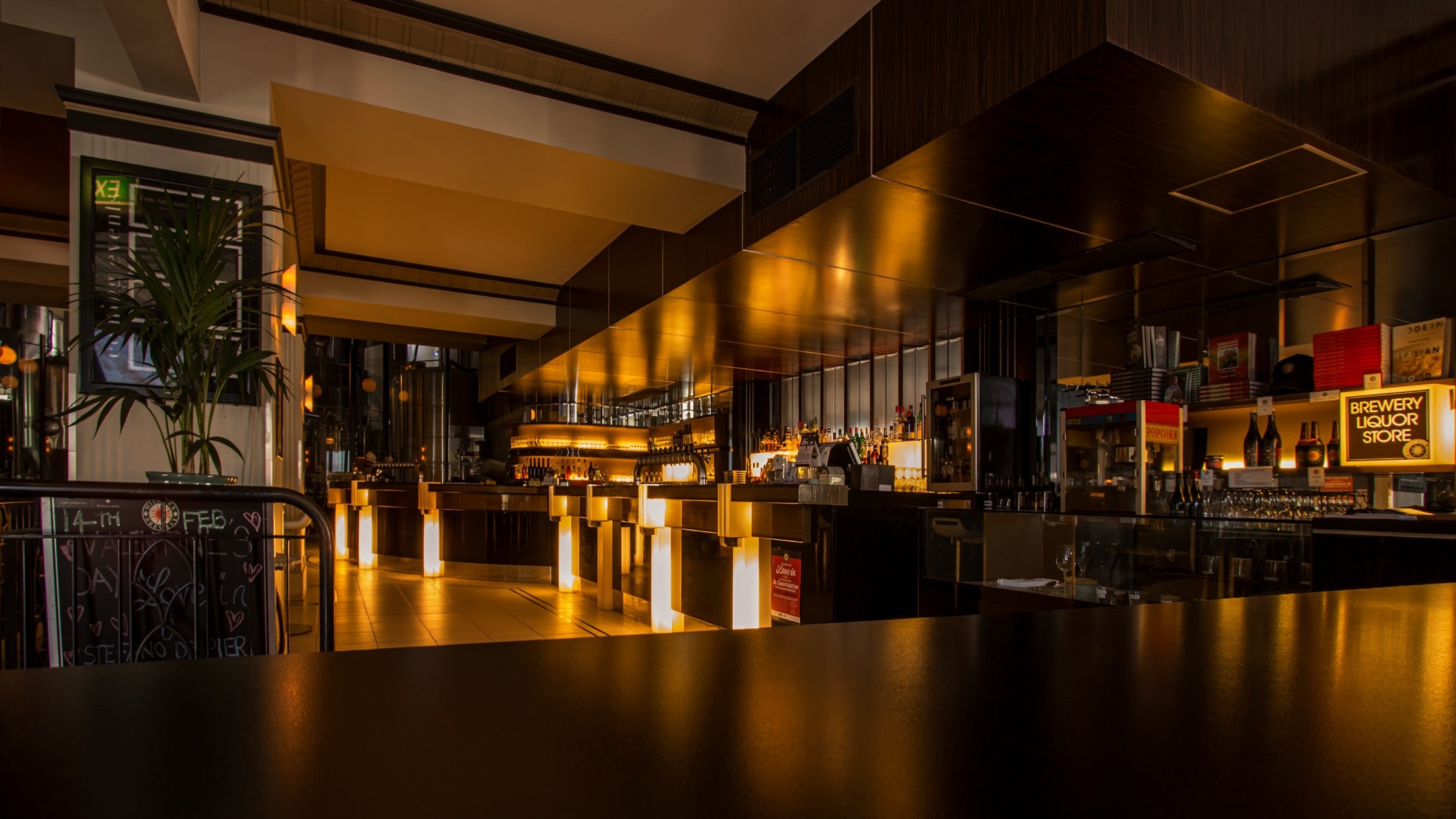 The Michelin Guide has recently published its recommendation for Hungary as a whole, which includes a number of restaurants in the countryside, several of which have been awarded a Michelin star. The article shows that if you want to eat in a Michelin-starred restaurant, you do not necessarily have to pay high prices, as many restaurants offer their dishes at reasonable prices.

Nők Lapja Café, a lifestyle website, has looked into the prices of Michelin-starred restaurants in Hungary and compiled a list of the five best value places to eat.

Famous Hungarian chef Jenő Rácz’s restaurant Rumour in Budapest received its Michelin star this year. One of the restaurant’s offerings is the so-called Pre-Theater Menu, which can only be booked for 5 pm and offers a glimpse into the world of Michelin star restaurants for people who would not spend hundreds of thousands of forints on a single dinner. The six course menu costs 34,900 forints (EUR 85), can be ordered with wine pairing for an additional cost, and an additional 15 percent service charge is added. 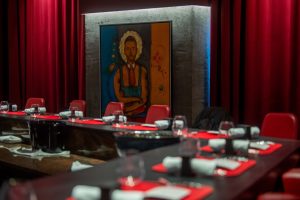 The six-course menu in Rumour is inspired by nature’s treasure trove of raw materials, prepared with quality ingredients.

Also in Budapest is Essência, run by a Portuguese chef living in Hungary, Tiago Sabarigo and his wife, Éva Sabarigo. The menus available here, titled At Home Here, and at Home There, refer to the mixed-ethnicity couple, with ingredients including octopus, mackerel, cod for the Portuguese menu, and traditional potato dumplings (dödölle), a traditional brown meat sauce (vadas), and Hungarian honey cake for the Hungarian one. The five-course menu is also priced at 34,900 forints (EUR 85), wine pairing is also available, bringing the price to 52,900 forints (EUR 130), and guests should expect to pay a 15 percent service charge as well. 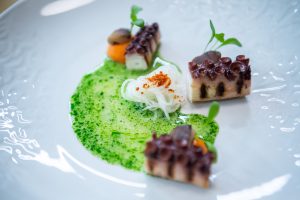 An appetizer of octopus, pumpkin, and turnip cabbage at Essência.

This year’s Michelin star also went to 42, a restaurant in Esztergom in the countryside, which offers two degustation menus. One focuses on international flavors, the other on traditional Hungarian dishes. The 9-course tasting menu costs HUF 39,000 (EUR 96). 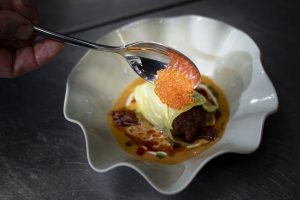 Ádám Barna, the chef and co-owner of 42 Restaurant in Esztergom, prepares a dish called crispy cabbage with Hungarian mangalica pig and trout caviar in the kitchen.

This year, the Onyx Creative Community was awarded a Green Star for sustainability. The restaurant, which once had a very posh feel, now has a much more modern and welcoming feel, and the naming of the Meta and Meta/morphosis menus marks a complete rebirth. Of the two, the Meta is the shorter and more accessible with its eight courses, at 24,000 forints (EUR 60), while the longer menu consists of 12 items, at 33,000 forints (EUR 80). 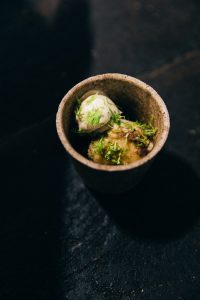 Onyx invites you to a light, two hour dinner experience with the Onyx Creative Community before your Friday/Saturday evening plans.

The Salt restaurant in Budapest has doubled this year, as the restaurant, which has been Michelin-starred since 2021, has also earned the newly introduced Green Star this year. Here, the farm-to-table concept comes to life in 15 courses, and the tasting menu is also available in vegan and vegetarian versions. The price is 44,500 HUF (EUR 110). 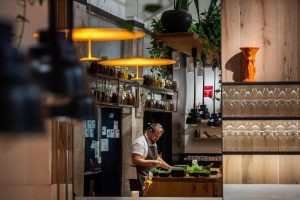 The menu at Salt not only appeals to our senses, but also makes us think about what we value in the kitchen.

But it is not only tasting menus that are available at affordable prices. Renowned chef Ákos Sárközi’s restaurant, Borkonyha, Michelin-starred since 2014, also offers an à la carte menu. If you choose three courses from the menu, with the least expensive dishes, the price starts at HUF 15,000 (EUR 37), excluding service charge. 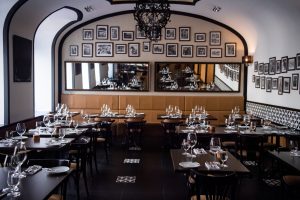 Borkonyha offers the most relaxed atmosphere and the least uptight gastronomic experience. 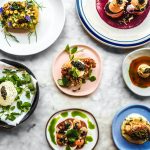