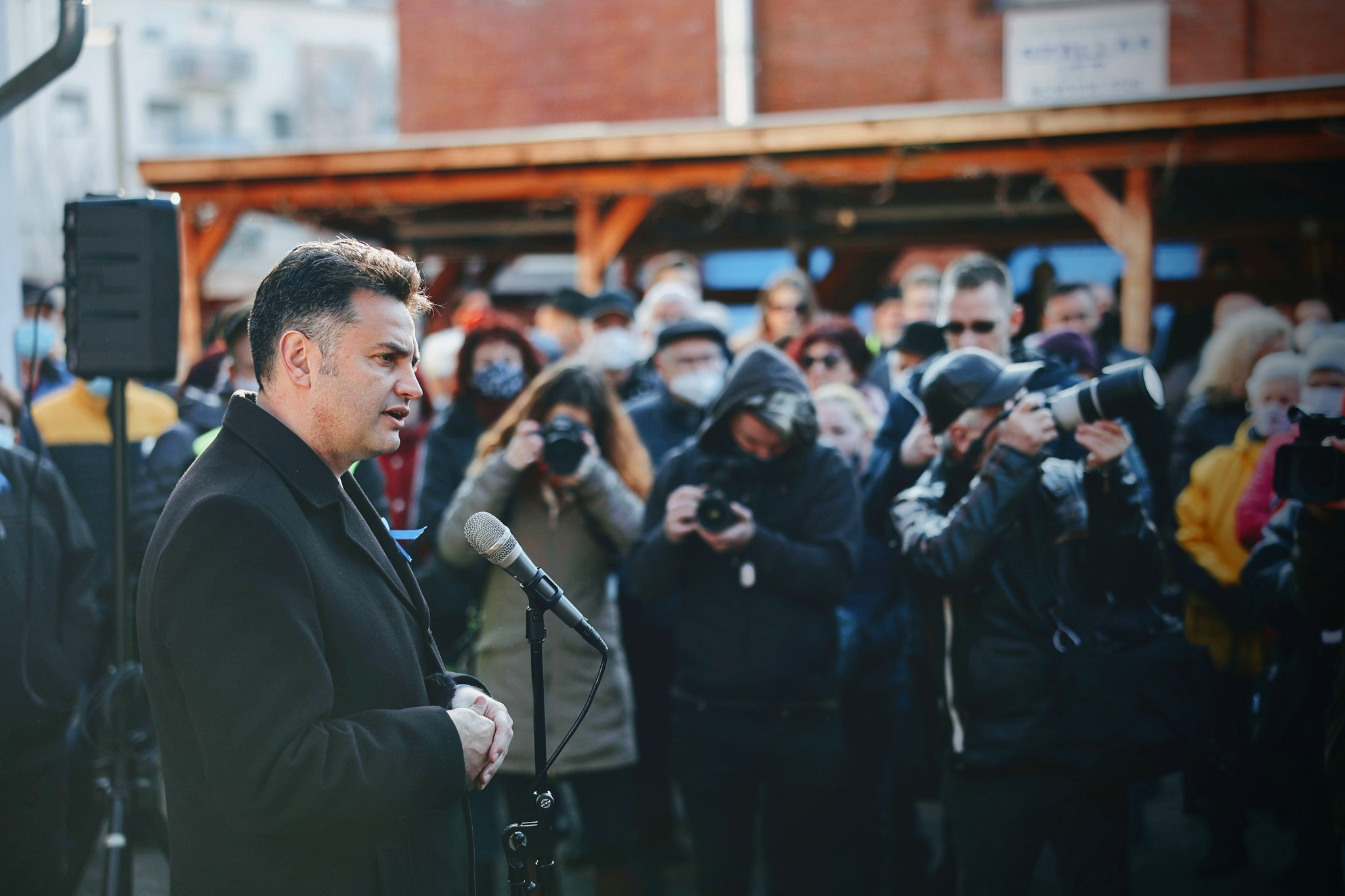 A pro-government pundit lambasts opposition frontrunner Márki-Zay for suggesting that the opposition represents all currents, including fascists and communists. A left-wing commentator accuses the right of ignoring Márki-Zay’s clarification and apology.

Background information: In a street rally, opposition frontrunner Márki-Zay criticized Prime Minister Orbán for his ideological U-turns, accusing him of starting his political career under Communism in the youth wing of the Hungarian Socialist Workers Party, continuing as a liberal, then as a pro-Europe conservative, and ending up as an anti-European Putin-ally. Márki-Zay said that Viktor Orbán himself is “a one man rainbow coalition, representing liberals, communists and fascists – all those that the opposition wants to represent separately.” Márki-Zay said that this is an indication that the opposition tolerates differences and wants to “build a country of love.” In a subsequent statement, Márki-Zay explained that what he meant was that Orbán is the only person supported by fascists and communists. In an interview, he apologized for the unfortunate formulation, saying that he was exhausted at the time.

In Magyar Hírlap, Dániel Galsai sees Márki-Zay’s gaffe as a Freudian slip that he describes as symbolic of the opposition’s ‘ideological hodgepodge.’ The pro-government columnist finds Márki-Zay’s clarification even more outrageous. Galsai accuses Márki-Zay of lying and trying to alter the meaning of his words by claiming that he referred to Mi Hazánk (Our Homeland) and the Workers’ Party as fascists and communists, rather than parties in the opposition.

Népszava’s Péter Németh acknowledges that Márki-Zay has made another controversial statement, but considers it a minor slip of the tongue that should however not be taken lightly. The left-wing commentator accuses Fidesz of ‘hunting for such mistakes’ and making a fuss about them despite the fact that Márki-Zay apologized and issued a clarification. Németh goes on to note that the same pro-government media outlets are much less judgmental of government politicians who make statements that can easily be misunderstood. As an example, Németh mentions that some commentators, including the DPA German news agency, mistakenly claimed that in his State of the Nation address, Prime Minister Orbán suggested that Hungary may leave the European Union.