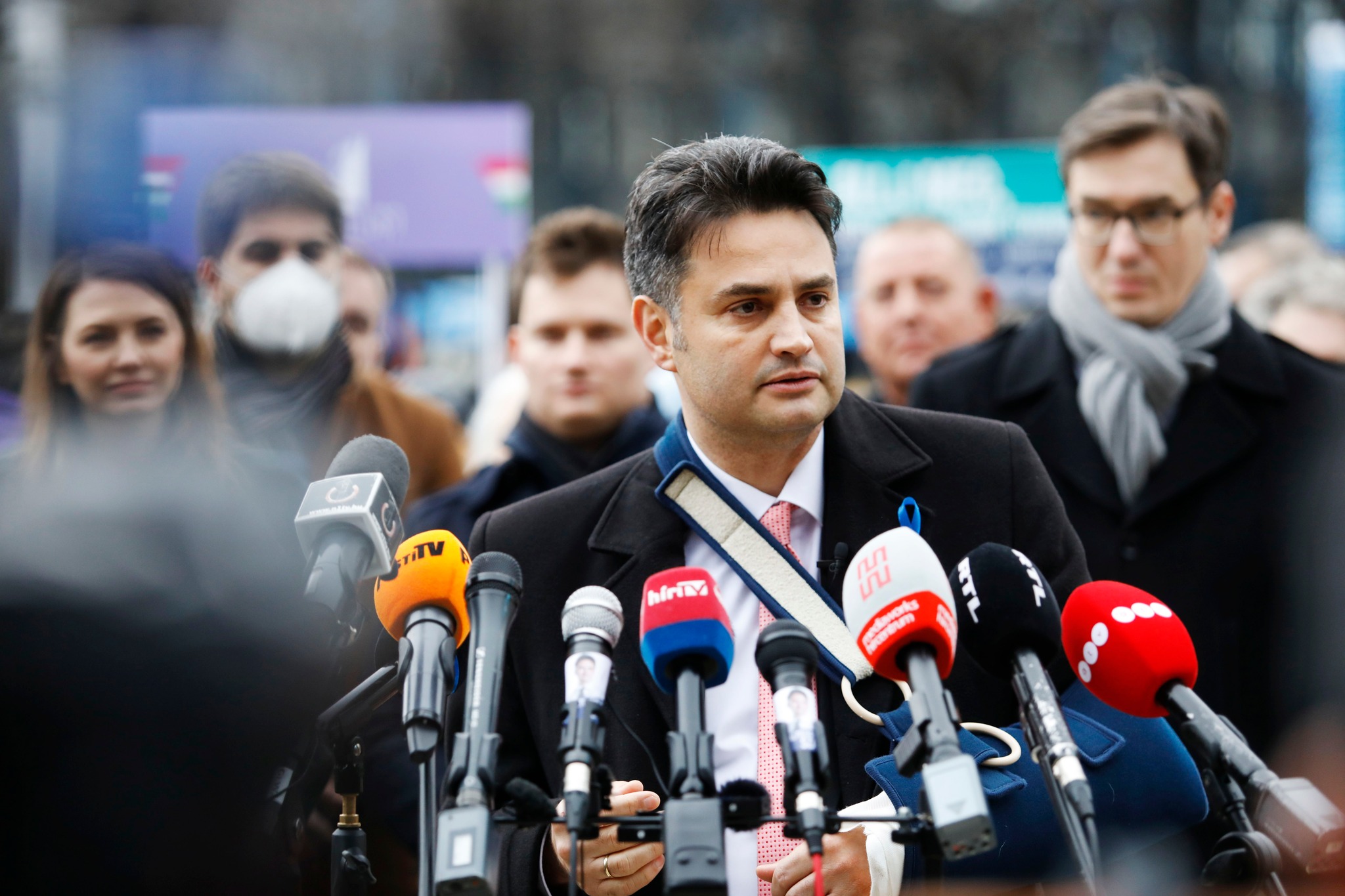 Not long after calling Fidesz journalists “handicapped,” Péter Márki-Zay has yet again made some ambiguous comments. During a street forum on Saturday, the opposition alliance’s candidate for Prime Minister was understood as saying that both communists and fascists are represented in the united opposition. The opposition’s frontrunner later tried to clarify his words, saying that he was merely talking about Viktor Orbán’s “rainbow coalition” of which fascists and communists are in fact part.

Márki-Zay held a street forum in Fonyód in western Hungary on Saturday. The opposition’s joint candidate for prime minister gave a speech in which he recalled the most important milestones of Viktor Orbán’s political career.

“I myself voted for [Orbán’s] Fidesz until 2010,” Márki-Zay said, adding that he had been going to church even when Orbán was still “doing politics in KISZ,” the communist state party’s youth movement in Hungary, during the years of dictatorship.

"We believe it is important for public figures to set an example for society,” the National Association of the Deaf and Hard of Hearing emphasized.Continue reading

“I cannot follow these twists and turns. But what Viktor Orbán embodies in one person – this rainbow coalition, so to speak, of liberals, communists, conservatives, and fascists – we represent separately in the [opposition] alliance. As a person with a backbone, everyone can keep their own worldview, their own position,” said the PM candidate.

“We don’t want hatred anymore. We are tired of being forced to hate each other because of lies.”

According to Márki-Zay, Fidesz’s “hate campaign” serves only one purpose: “so that they can keep stealing” after the April elections.

“Fascists and communists are part of Viktor Orbán’s rainbow coalition, and the Prime Minister is turning like a weathervane: he started as a communist, then became a liberal, and now he is building an extremist party-state,” Márki-Zay added.