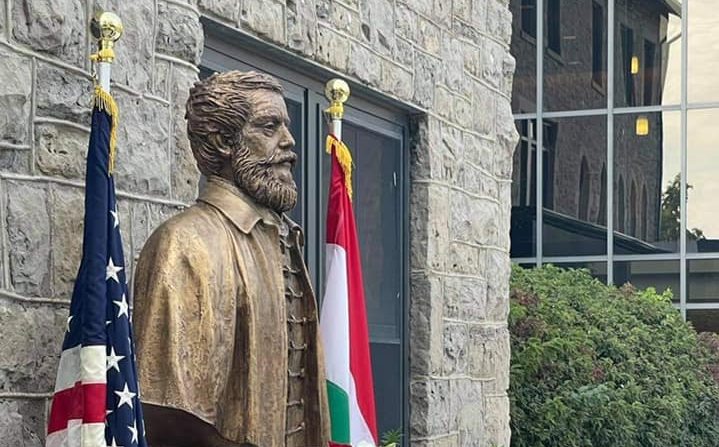 A bust of 19th-century Hungarian reform statesman Lajos Kossuth was inaugurated in Buffalo, New York on Saturday, commemorating the 100th anniversary of diplomatic ties between the United States and Hungary.

Hungary’s consulate general in New York said the bust is meant to commemorate Kossuth’s visit to Niagara Falls on May 22, 1852, and to pay tribute to the Hungarians who emigrated to the US in the 19th and 20th centuries.

Kossuth’s efforts to keep the ideas of the freedom fight of 1848-49 alive had a significant impact on the United States as well, the consulate said, adding that multiple US presidents, including Abraham Lincoln and John F. Kennedy had quoted Kossuth several times.

Related article
The Story of Kossuth County in USA

According to the 2010 census, the population of Kossuth County is 15,543. In the county capital of Agona, there is a statue of the 1848-49 freedom fighter Kossuth in front of the county hall building, with a plaque and inscription of his name.Continue reading

In his speech at the inauguration ceremony, Nagy said the creation of the bust had been supported by Hungarians all over the US.

At the ceremony, Maher was presented with the Hungarian Golden Cross of Merit on behalf of President János Áder for his contributions to the development of Hungarian-US education and cultural ties as well as his efforts to help Buffalo’s Hungarian community preserve their identity and culture.