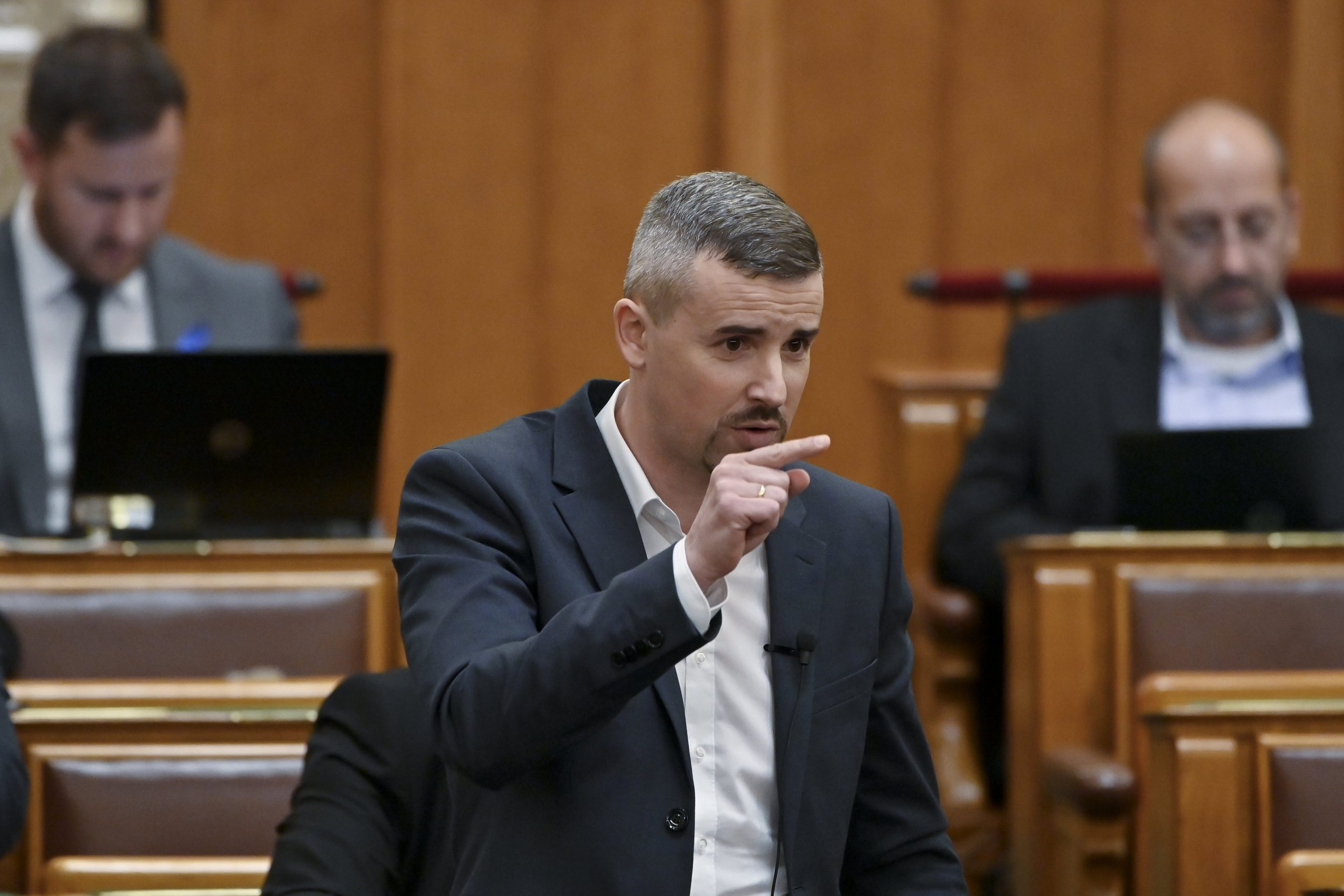 Bors, a tabloid under the Fidesz circles’ influence, is attacking Jobbik president Péter Jakab with having an extramarital relationship with his chief of staff and misusing the flat provided him by parliament. Jakab says he will go to court. In addition, the opposition cooperation ensured him of their support after the Orbán-led government’s “exercise of power has gone beyond all limits.”

In the latest development, pro-Fidesz tabloid Bors recently came out with photos and videos depicting Jakab coming and going out of an apartment together with his cabinet chief, even accusing the Jobbik leader of occasionally spending the night there. In an article titled “Why is Péter Jakab hiding with his lover?”, the paper accused him of living in partnership with Enikő Molnár, and though he depicts himself as a family man, he is seemingly deceiving his family and the public.

Molnár explained that the flat in question is used for working purposes not only by them, but by other Jobbik politicians. In addition, Jakab’s own flat is just three minutes’ walking distance from this property.

That is not all of which Bors is accusing the Jobbik President. The tabloid also showed documents, that in their view, proves that Jakab abuses the Office of the Parliament’s service flat scheme, by having officially registered in the flat of a friend without actually using it (and therefore receiving reimbursement for it). Jakab denies the accusation and is suing the tabloid.

Just last week, Bors also accused him and his family of having “accumulated” properties in Kelenföld (Budapest’s 11th district). Jakab said that the truth, however, is that there are three blocks of flats in question (one belonging to his sister, one to his brother-in-law, and one to his brother-in law’s mother), all purchased on loan at the beginning of the 2000s. He also announced his intention to sue the paper for these allegations.

Jakab: “I will sue again”

According to Jakab, this is just yet another character assassination attempt of the pro-government against him, anticipating the “most disgusting campaign ever.” He explained that they only use the flat for working purposes and insists that he didn’t spend the night in question in his chief of staff’s flat.

“Today, I am accused of having a lover because I come in and out of an apartment with a woman. She is my chief of staff, with whom I have a friendly relationship, as we have been working together since 2016, and in the flat we don’t do what [former Győr mayor Zsolt] Borkai does, but what my duties require. We work, we meet people, we have discussions, even with people who, fearing the regime, are reluctant to meet me in public. We live in such a country after all- where people don’t dare to meet politicians in public for fear of being monitored. And indeed. I will sue. Once again.”

Opposition cooperation to back Jakab against “smear campaign”

According to the opposition cooperation’s joint statement, the “propaganda press has crossed a red line,” and the boundaries of privacy. They call on the pro-government press to “stop producing fact-free, disingenuous, and defamatory content,” noting that over the past 12 years, Viktor Orbán and his administration have done their utmost to crush the opposition, and those who oppose the authorities have become hateful enemies to be destroyed.

“Carmelite Club members [referring to Orbán’s office up in the Castle] have abolished or nationalized institutions that present reality and truth, and dismissed or made impossible those who express their political opinions, while they have been financing the building of their clientele and the achievement of their goals by systematically stealing Hungarian and European taxpayer money.”

In their view, the Orbán-led government’s “exercise of power has already gone beyond all limits; the purchase of Pegasus spyware supposedly developed to counter terrorism and crime, has been used against civilians, journalists, media owners, opposition politicians, and activists critical of the system, exposing its corruption and other cases, meddling the sacred space of privacy.”

According to the signatory parties, the united opposition isn’t only monitored by secret service methods, but also by thugs disguised as press workers who are sent straight to their homes, and then publicly spread fabricated stories and trumped-up charges.”