After two-time champion Áron Szilágyi, today we take a look at Omar Gergely Salim, who despite his age and being a novice among adults, is still one of the taekwondo favorites in Tokyo. As part of Hungary Today’s series about the Olympics, we are introducing you to those Hungarian athletes who could be in for gold at the upcoming world games.

Omar was born and still resides in the US, with Tanzanian and Hungarian roots. Taekwondo is definitely a family legacy for him, as he is the youngest son of Gergely Salim, who became the first ever Olympic champion in taekwondo at the Barcelona Olympics in 1992. Although the older Salim had managed to do so in Danish colors, he also later represented Hungary (his mother is Hungarian), claiming a bronze medal at the 1995 World Championships in red-white-green. Moreover, Omar’s uncle, József Salim, was the first (and up until now the only) Hungarian taekwondo Olympian, claiming 5th place at the Sydney Olympics in 2000.

As a matter of fact, being only 18 years old, the Tokyo Olympics will only be the third competition for Omar Salim among adults, but he emerged best at both of his previous appearances. After winning the European Championships (men’s 54 kg category) in Sofia in April, he claimed gold at the European Taekwondo Olympic Qualification Tournament too, also held in the Bulgarian capital one month later.

When asked about his hopes and prospects in Tokyo, Omar said similarly to his dad that he has always aimed to become an Olympic champion. “Now there is a chance for that, which I would like to take advantage of. It would be a big deal to achieve that at the age of eighteen. In general, I want to stay happy and healthy, and enjoy what I’m doing,” he added.

Interestingly, one of his greatest fans is none other than football superstar, Zlatan Ibrahimović. Always passionate about the sport, the Swede and his sons used to train with the family at Omar’s father’s dojang in Los Angeles while playing for L.A. Galaxy from 2018 to 2019, and reportedly has maintained a good relationship with the family ever since.

Omar Salim, competing in the men’s 58 kg category, is due to hit the tatami as early as this Saturday. In case he makes it to the final, the gold medal challenge is set to start at 2:45 P.M. (Budapest time). 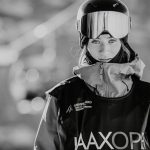