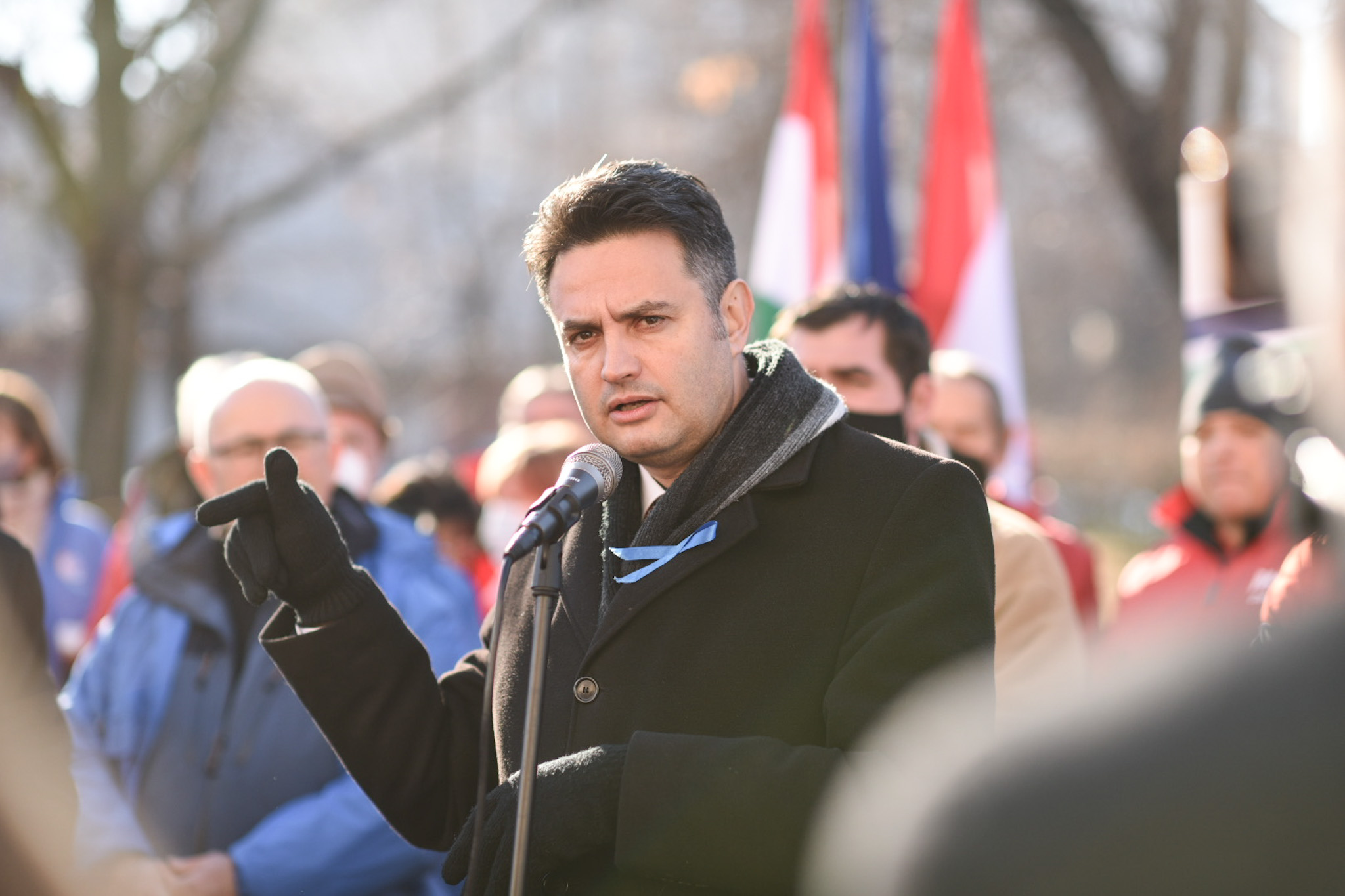 Following Russia’s invasion of Ukraine on Thursday morning, the United for Hungary movement has taken to social media with the intention of voicing support for Ukraine, and disdain for the Orbán government’s alleged pro-Russian politics. Prime Ministerial candidate Péter Márki-Zay has scheduled a protest in front of the Russian embassy in Budapest later in the evening.

Budapest Mayor and leader of leftist green party Párbeszéd, Gergely Karácsony emphasized that it is the responsibility of every member of the Hungarian political community to condemn Russia’s aggression, not only on the basis of European principles, but out of responsibility to Hungarians in Kárpátalja (Zakarpattia). The mayor called for the Orbán government to immediately put an end to its pro-Russian stance in the interest of ensuring Hungary’s security, peace in Europe, and transatlantic cooperation. 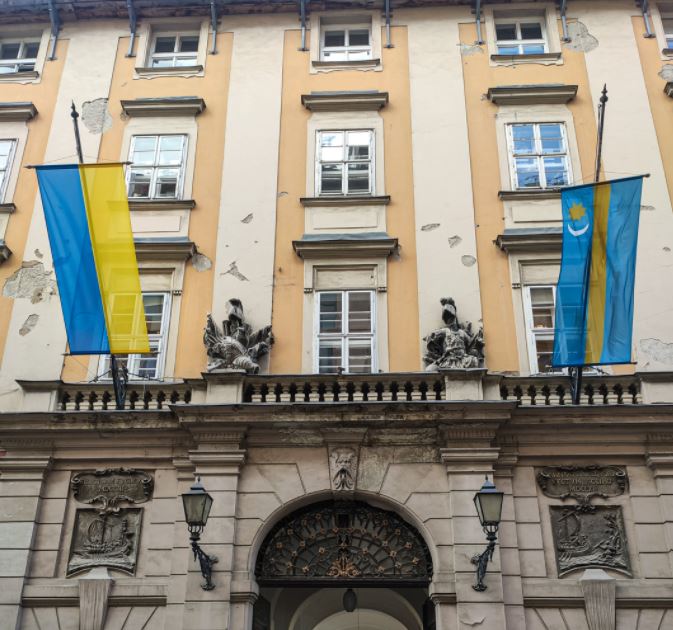 "It is still incomprehensible that such barbarism can happen not so far away, here in our neighborhood," Mayor Karácsony wrote.Continue reading

Ferenc Gyurcsány, Member of the National Assembly for the Democratic Coalition, demanded the Orbán government not to hide behind Brussels after conducting clear pro-Russian politics. “[the government] must announced its solidarity with Ukraine, with the Ukrainian people, it should announce clearly that the border’s of Ukraine are inviolable.”

(During his tenure as Prime Minister, Gyurcsány was repeatedly criticized by Fidesz for nursing too much cooperation with Russia and building ties with Putin.) 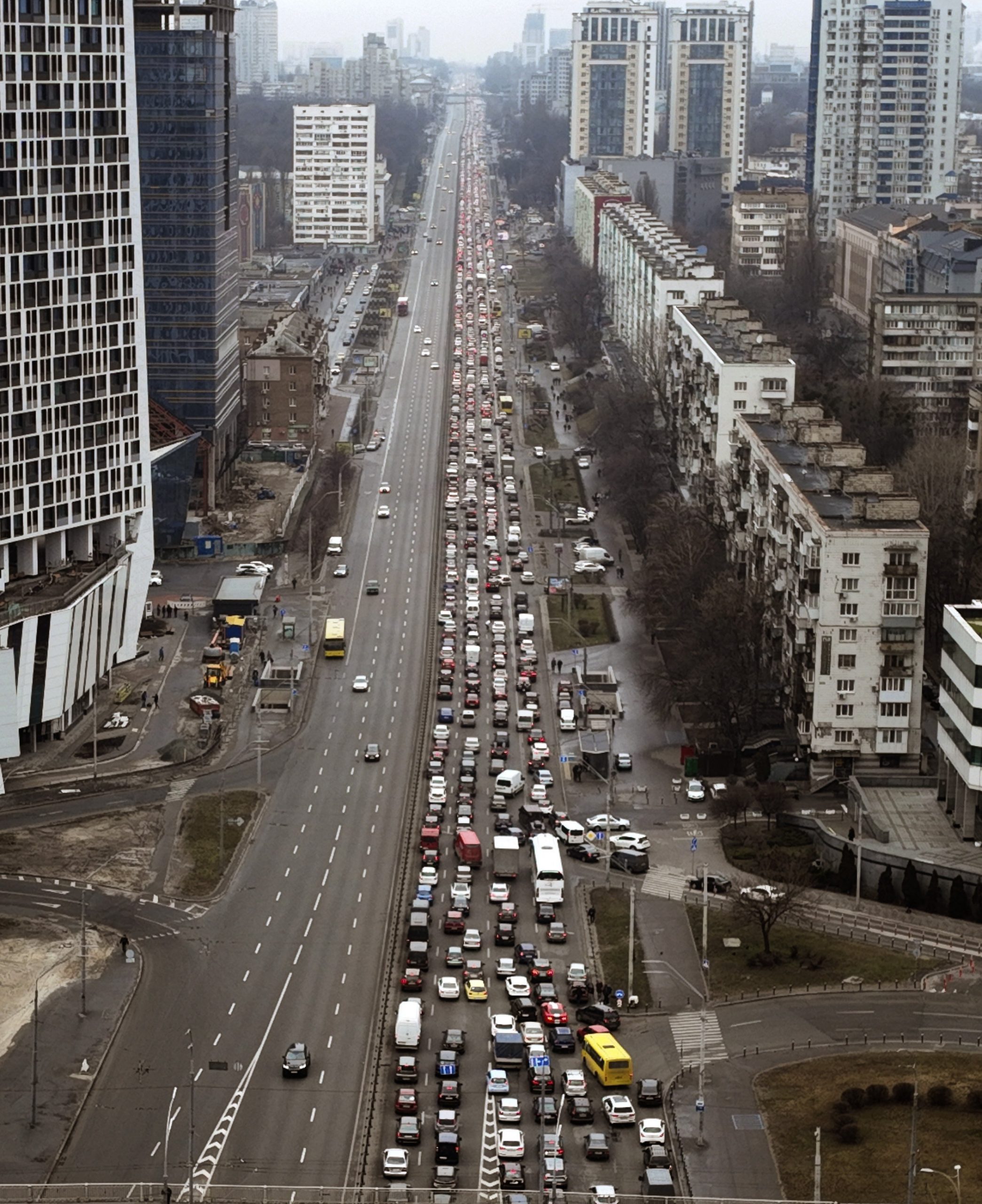 Independent Member of the National Assembly Bernadett Szél stated that there is nothing more shameful or inhumane than what Putin just did. She added that the opposition expects the Hungarian government to clearly state that it condemns Russia’s invasion of Ukraine.

Pro-Fidesz Mayor of Székesfehérvár, András Cser-Palkovics, stated that the city he governs has a significant population of Ukrainian citizens, among them Hungarians from Kárpátalja (Zakarpattia). He spoke to the representatives of the largest companies employing Ukrainian citizens as well as the President of the Ukranian National Council, extending his support to those affected.

In his post, Cser-Palkovics invited the Székesfehérvár community to a candlelight vigil at 19:00 CET in front of their city hall to show support for a peaceful resolution to the conflict.

State secretary Csaba Dömötör accused the opposition of being willing to send weapons and soldiers to Ukraine, “they even raised the Ukrainian flag at City Hall.” Dömötör stated that there is no place in the current discourse “for the irresponsible statements by the left-wing which threaten the safety of Hungarians.” 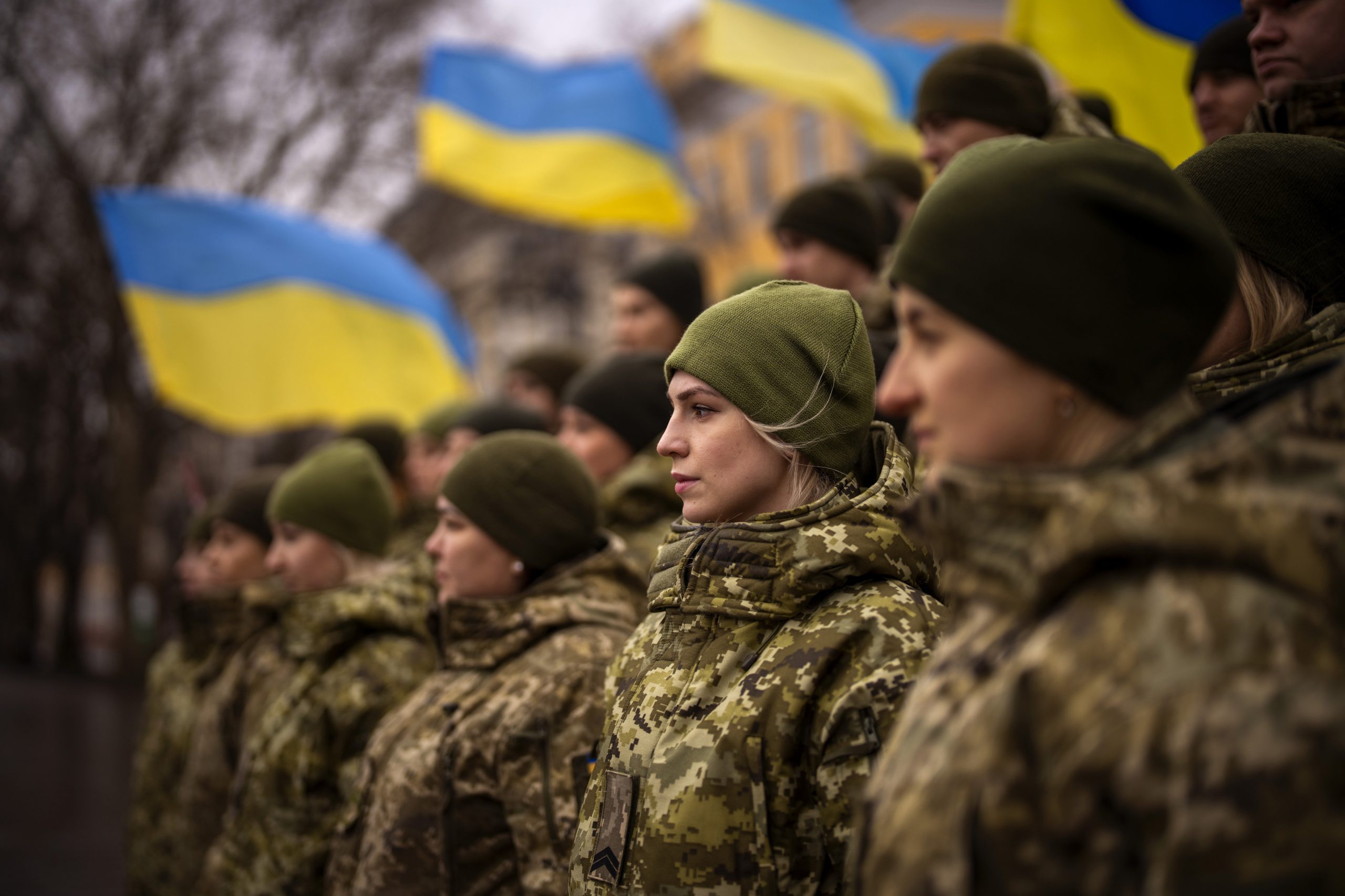 The opposition has not, however, voiced direct support for sending weapons or soldiers to Ukraine. In an interview with ATV News, Péter Márki-Zay, leader of the opposition’s United for Hungary movement, stated that in this case, NATO decisions must be followed.

“In 1956 we learned what it’s like for an independent state to be invaded by the Russians,” Péter Márki-Zay wrote in a Facebook post. The prime ministerial candidate accused incumbent Prime Minister Viktor Orbán of supporting Putin, then taking on NATO’s stance over political pressure.

Along with condemning Russia, Márki-Zay also wants the government to suspend its Paks II authorization procedure and to immediately expel the Russian “spy bank,” the International Investment Bank (IIB), from Hungary. 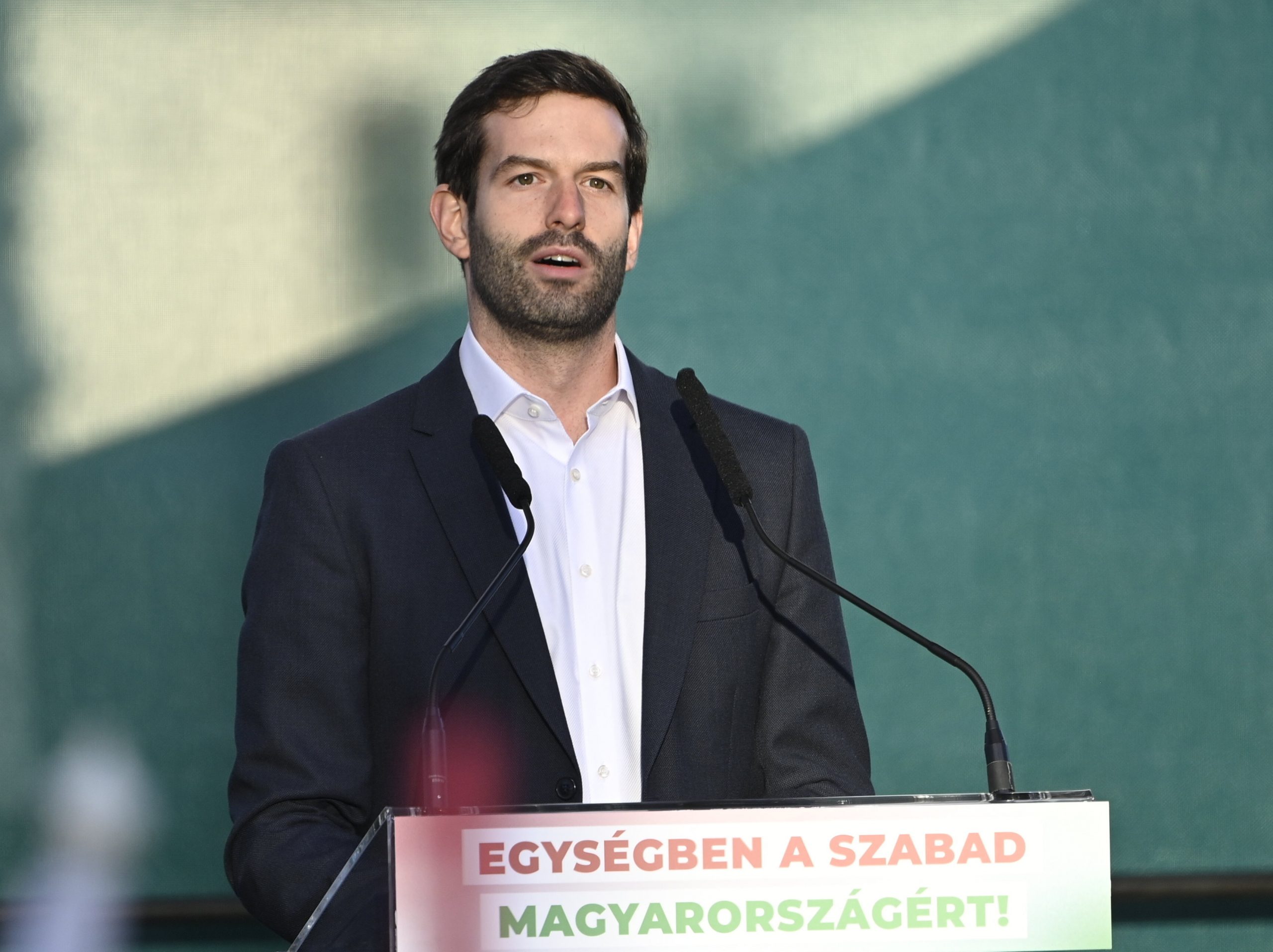 In response to the conflict, the opposition leader held an emergency press conference announcing a protest against Russian aggression. The protest is scheduled to be held in front of the Russian embassy in Budapest at 19:00 CET. “We are going to stand in support of Ukraine’s territorial integrity and Ukrainian Hungarians.” Márki-Zay emphasized that such actions must be taken when Ukrainian citizens are being bombed 200 kilometers from the Hungarian border.

Prime Minister Viktor Orbán openly condemned Russia’s invasion of Ukraine in the afternoon, following European Union and NATO allies. After a meeting of the National Security Committee, he noted that an emergency summit of EU leaders will be held in Brussels.

The Prime Minister reiterated the need for Hungary to stay out of this conflict, and that there can be no military personnel or equipment being sent to the region. “We will naturally be extending humanitarian aid,” he added.

we cannot accept the left-wing’s suggestions threatening the supply of Hungary’s energy and gas, and endangering the utility price cuts for families.”