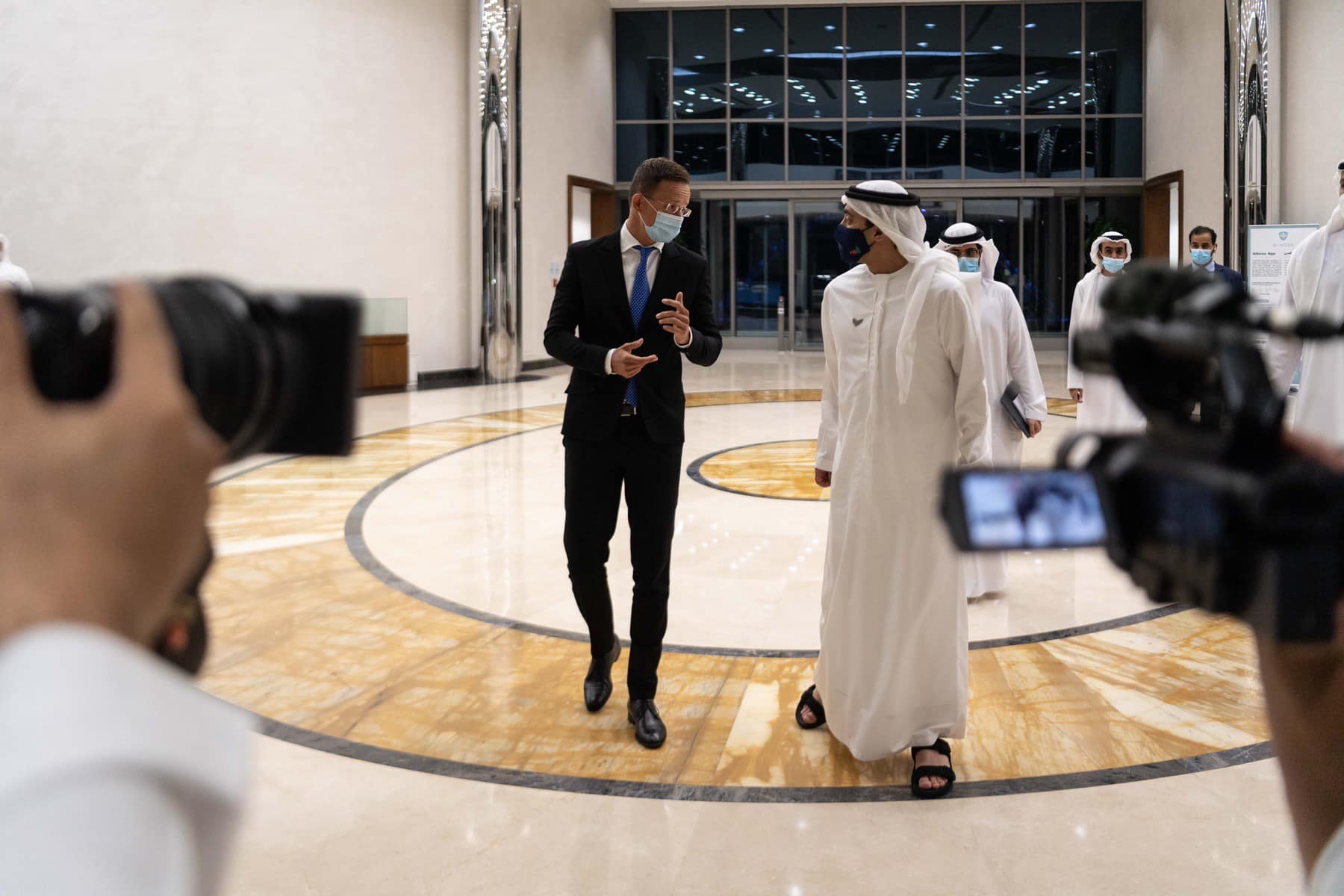 Szijjártó said Sheikh Abdullah bin Zayed Al Nahyan, his UAE counterpart, had told him in a phone call that Yemen’s Houthi movement had launched another missile attack on Abu Dhabi on Monday.

The Hungarian government was “happy to note” that the attack had been thwarted by the air force and that the assault had resulted in no casualties, Szijjártó said.

The minister said he and his Emirati counterpart had agreed that it was time for the West to weigh lifting restrictions on the export of weapons to the UAE.

featured image: Szijjártó with his Emirati counterpart earlier; via Facebook