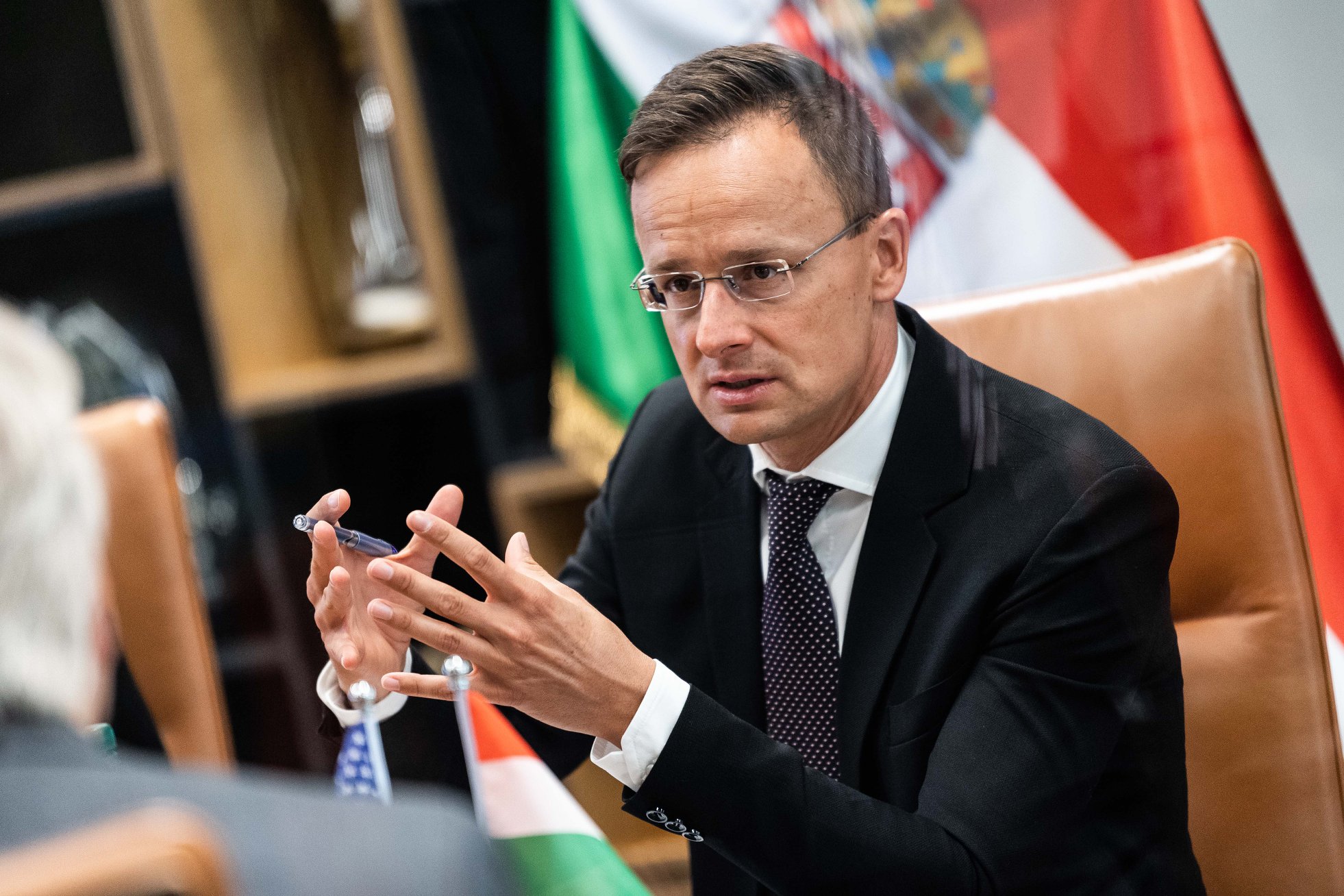 Hungary, the Hungarian government and Prime Minister Viktor Orbán are regarded with respect, appreciation and support in the White House, the foreign minister said in a Facebook entry on Tuesday evening, after a ceremony.

Péter Szijjártó was the only EU foreign minister to attend there the signing of Israel’s agreements with the United Arab Emirates and Bahrain on normalising diplomatic ties, a document he earlier called “historic”.

He said that two agreements were signed that could open “a whole new chapter” in history, replacing war and terrorism with peace. Szijjártó called this all the more important because security in the Middle East has an impact on Europe’s security. The accord brokered by US President Donald Trump would mandate a Nobel Peace Prize to be granted to him, Szijjártó said.

Szijjártó said that Hungarian-US relations are at their peak. Hungarian Prime Minister Viktor Orbán and Donald Trump both speak clearly and honestly about their own vision and neither of them can be blamed of hypocrisy, he said, adding that this created the basis for their excellent cooperation. In addition, they both take a firm stand against illegal migration, think similarly about protecting Christian communities and supporting families, and agree on world policy issues.

Szijjártó also signed an agreement between the Hungarian government and the largest privately held space research company listed on the stock exchange.

The foreign minister met David B. Cornstein, the outgoing ambassador of the United States to Hungary, who is returning to his home country in November. 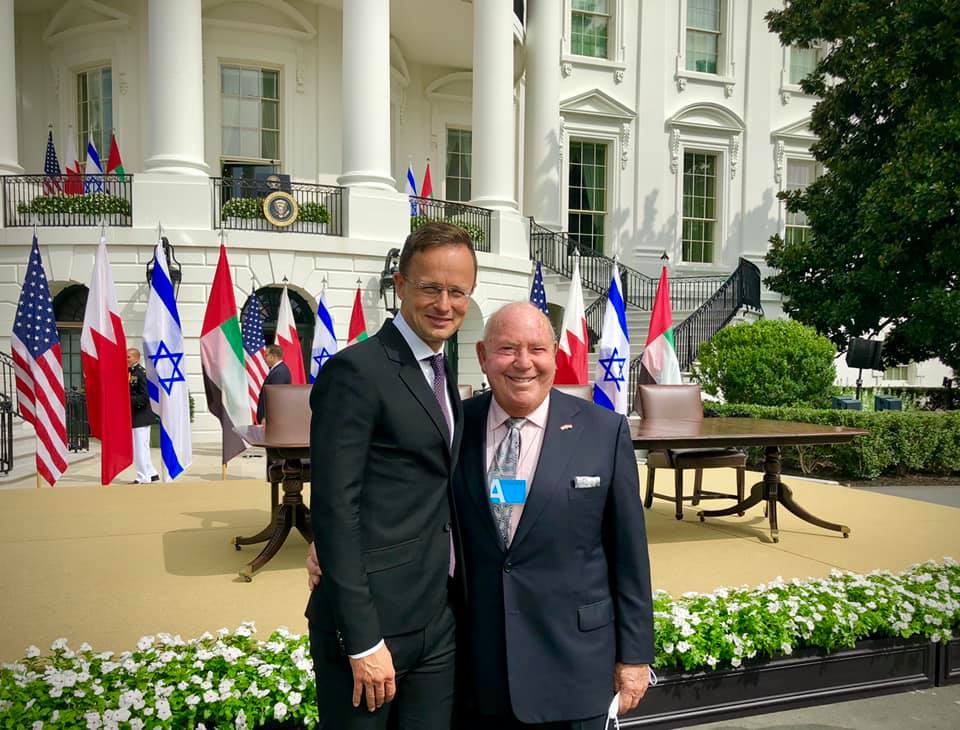 As regards Hungary’s next ambassador to Washington, Szijjarto said that he had proposed for the post Szabolcs Takács, the foreign ministry’s commissioner for Brexit, which Prime Minister Viktor Orban had approved.

Szijjártó: Hungary to back US Middle East policy in EU forums

Szijjártó was the only EU foreign minister to attend the signing ceremony of the peace agreement between Israel and the United Arab Emirates and Bahrain. 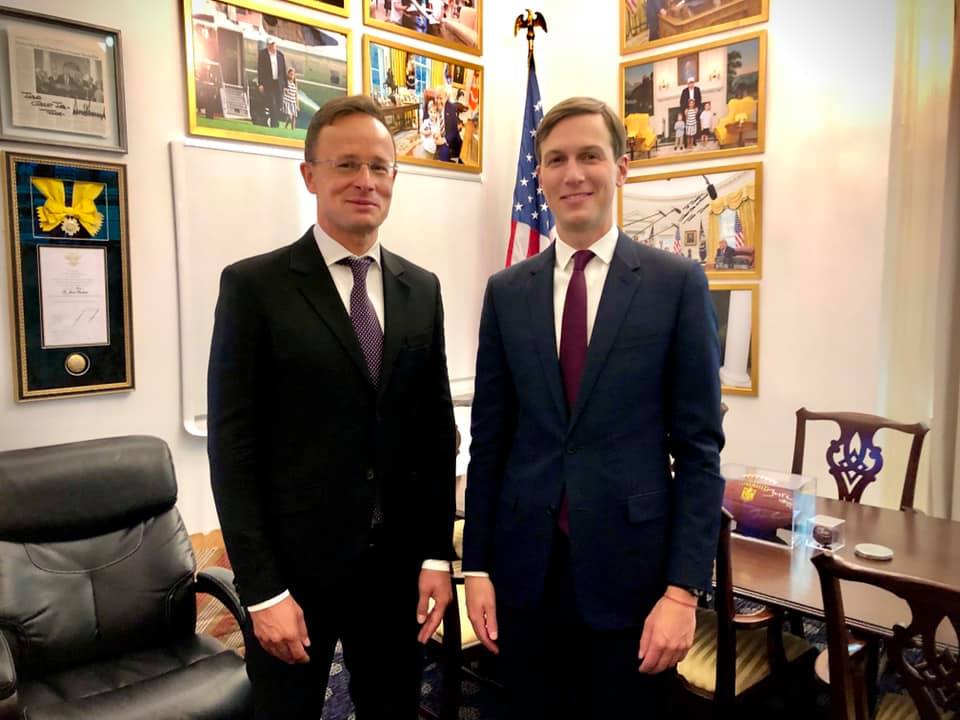 Referring to previous talks with energy secretary Dan Brouillette, the minister noted: “Hungary’s natural gas will be supplied amid new circumstances from the start of next year with the construction of an LNG terminal in Croatia and a gas purchase agreement with a non-Russian company.”

Shell will be supplying 250 million cubic meters of gas to Hungary each year for the next six years, he added. Hungary has already hooked up its gas pipeline network to those of six out of seven of its neighbouring countries. A connection with Slovenia has yet to be established, he added.