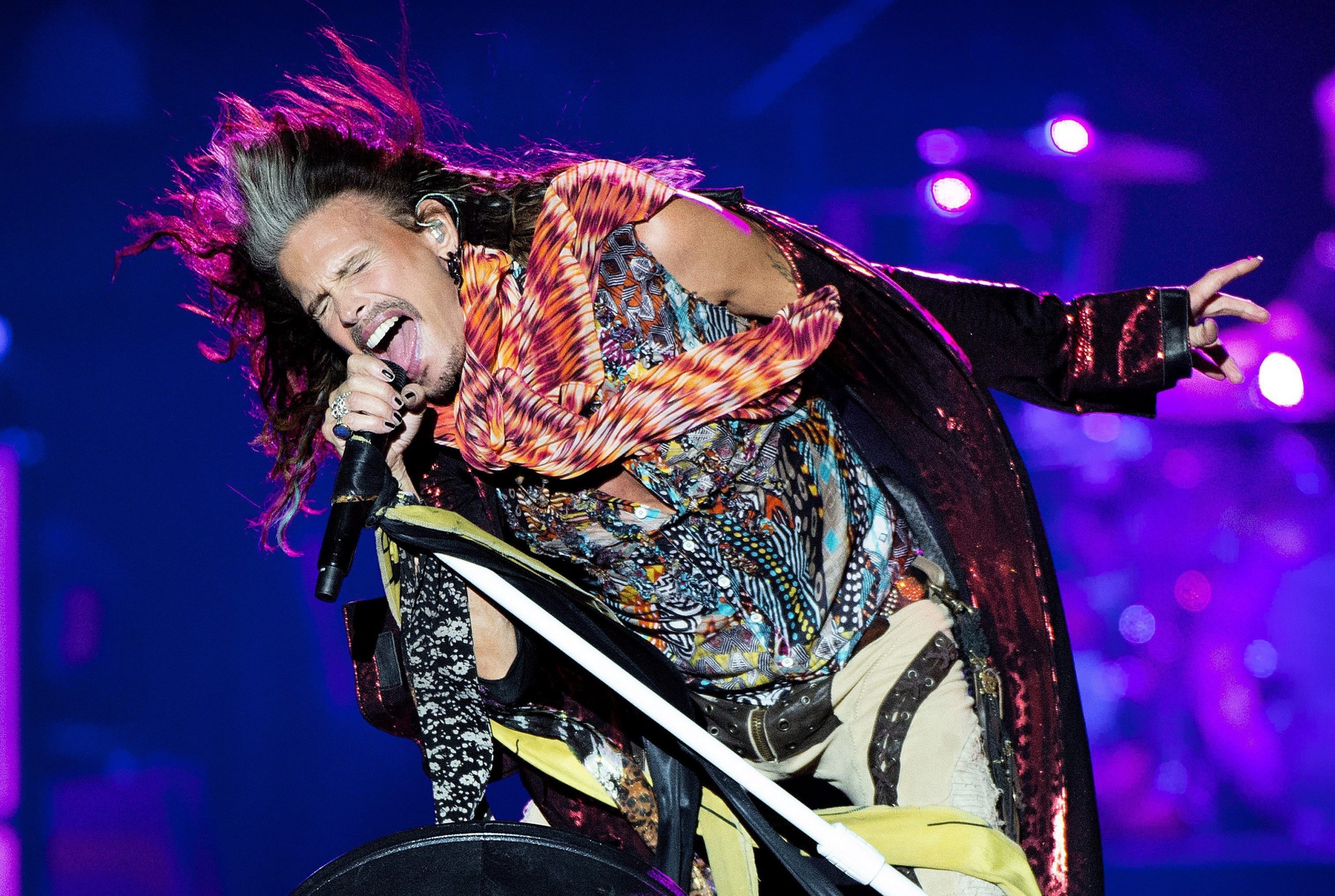 There will be many exciting concerts and festival in Hungary in 2022, of course only if the situation with the coronavirus allows it. Let’s just hope that the epidemic will be nothing but a bad memory until the beginning of the festival season. Besides many Hungarian artists, even world-famous musicians and bands are going to perform, like Diana Krall, Gipsy Kings, Ozzy Osbourne, Dropkick Murphys, Aerosmith, and  The Cure. With the help of our article you can start planning which musicians you would like to see at the best festival venues in Hungary. Lean back, put on Diana Krall’s music in the background, and start planning!

If you want a complete list of the concerts in Hungary in 2022, we recommend clicking here. However, we have also compiled a short list of the most interesting, greatest, and popular musicians.

1. Dropkick Murphys – 02.22.2022, Budapest
The musical style of the American band, founded in 1996, is mainly influenced by Celtic punk. It is not a coincidence that director Martin Scorsese used their song “Shipping Up To Boston in one of the scenes of his movie The Departed, when the Irish mobsters go to a factory plant to make a drug deal. The concert is on 02.22.2022 at Papp László Budapest Sports Arena.

2. Ozzy Osbourne – 02.02.2022, Budapest
The 73-year-old Grammy-winning English rock star and former Black Sabbath frontman, Ozzy Osbourne, despite suffering from Parkinson’s disease since 2019, will perform in Budapest with full energy. Ozzy Osbourne has been leading a solo career since 1980 as well. The concert is on 02.02.2022, also at Papp László Budapest Sports Arena. 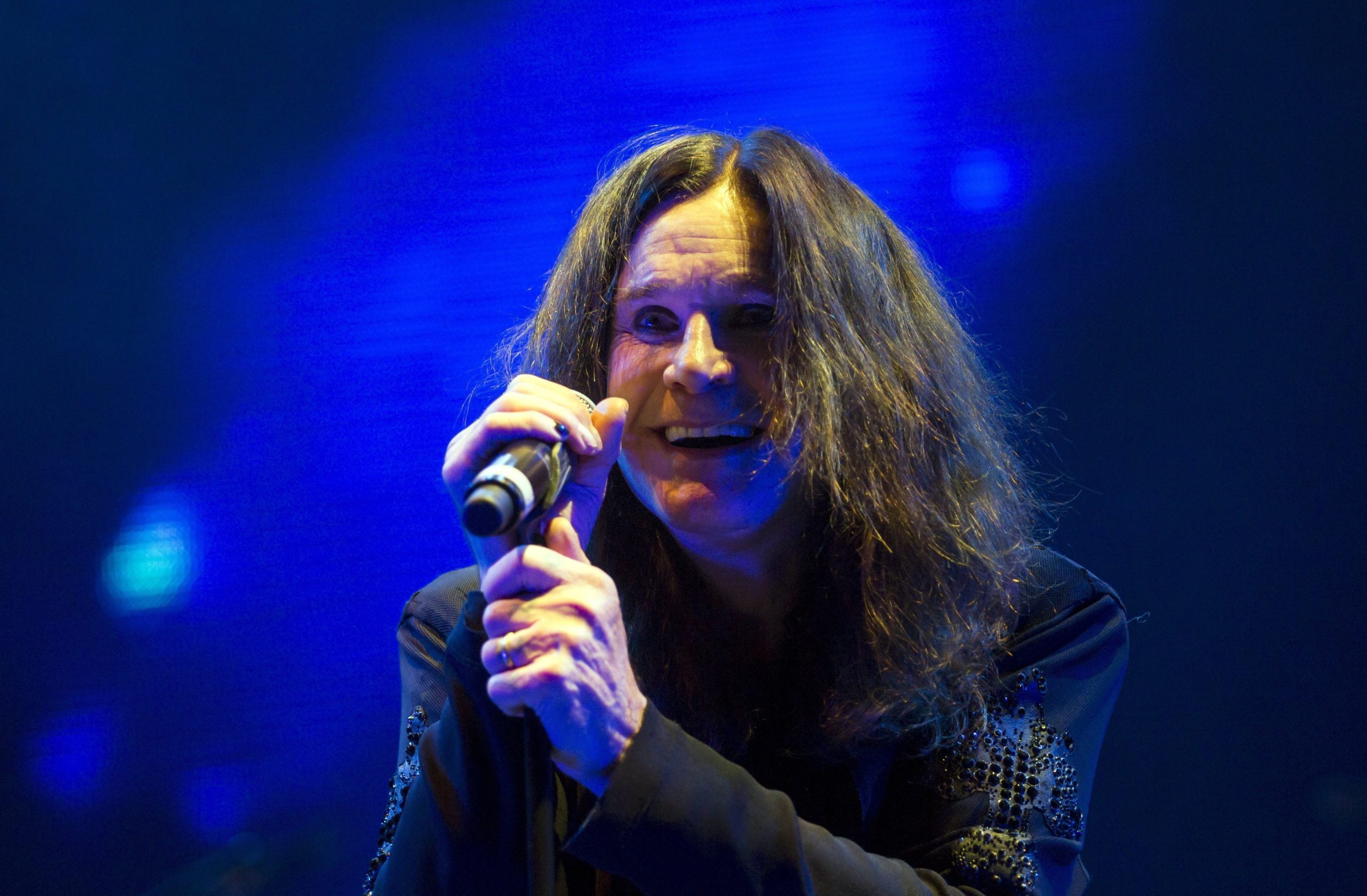 They cited uncertainty due to the epidemic situation in Europe. Already purchased tickets are automatically valid for the new date which Ozzy has already announced.Continue reading

3. The Cure – 10.26.2022, Budapest
Robert Smith formed his band in 1976 and they played their first concert in 1978. The early songs of The Cure were labelled as post-punk and New Wave, but their music was increasingly associated with Gothic Rock in the early 1980s. The concert takes place on 10.26.2022, also at Papp László Budapest Sports Arena.

4. Diana Krall – 07.11.2022, Veszprém
Multiple Grammy Award-winning jazz singer and pianist, Diana Krall, has been to Hungary five times. In 2013 she performed at the Veszprém Festival with great success. During her career, she has sold more than 15 million albums worldwide. Her first album, Stepping Out, was released in 1993, and her fifth album, When I Look in Your Eyes from 1999, brought her worldwide success. Concert on July 11, 2022, in Veszprém.

5. Gipsy Kings – 07.14.2022, Veszprém
The band was formed in the city of Arles in southern France in the 1970s, and consisted of members of families who fled Catalonia during the Spanish civil war. The band consists of two families, Reyes and Baliardo (Reyes means “Kings” in Spanish, hence the name of the band). Concert on July 14, 2022, in Veszprém.

6. Aerosmith
The popular U.S. rock band will celebrate the 50th anniversary of their founding with a major world tour, which will include a performance at Puskás Arena in Budapest on July 10. Advance ticket sales already began at the beginning of December.
Even if the pandemic complicates the planning, you should buy your tickets as early as possible if you want to be there! 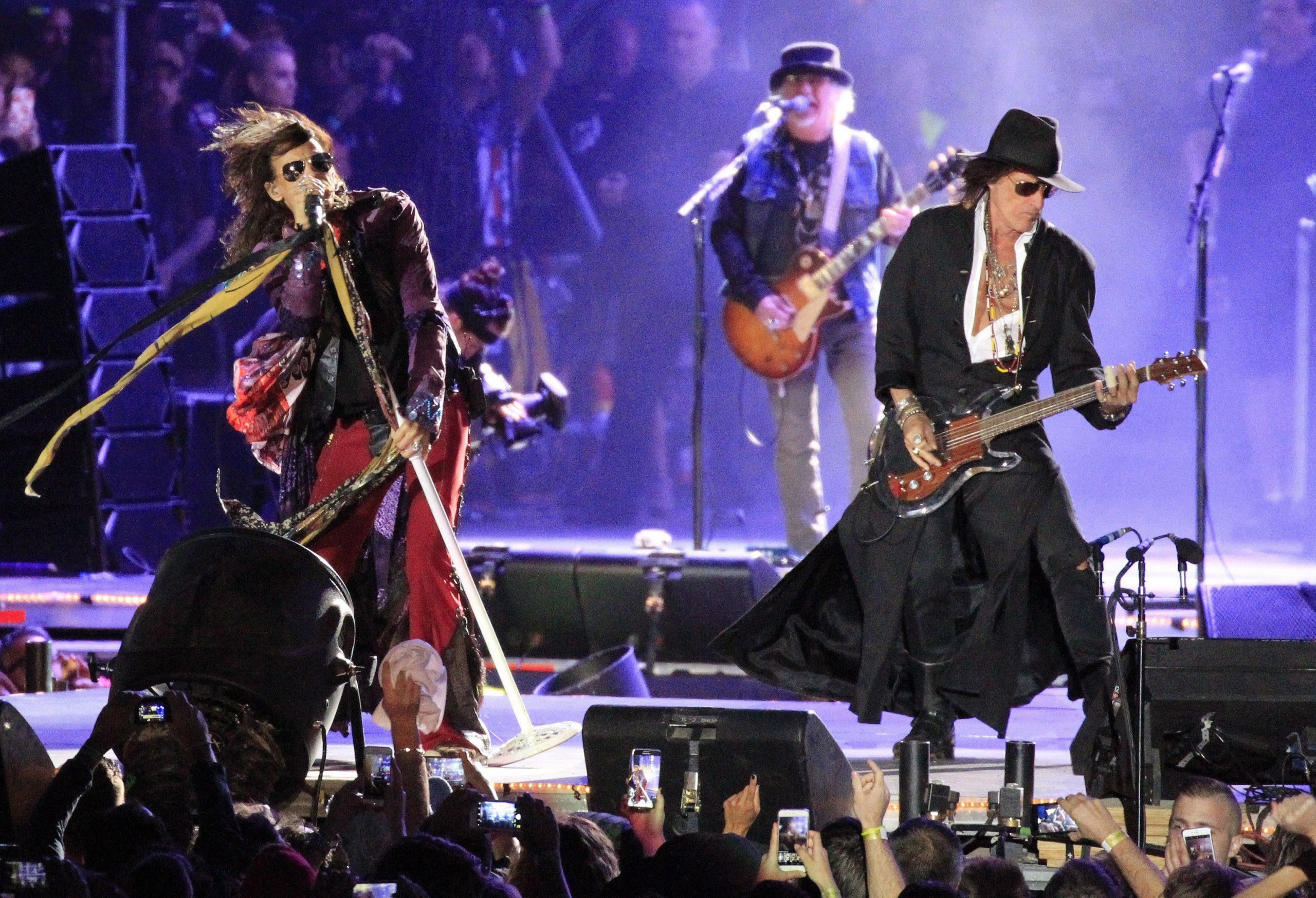 7. Sting – March 16, Budapest; March 17, Debrecen
Sting is also coming back to Hungary this spring! The British star will perform at the Papp László Budapest Sport Arena on March 16, 2022 and at the Főnix Arena in Debrecen on March 17, 2022 as part of his My Songs world tour.

In the concert series, seventeen-time Grammy winner Sting will perform some of the most popular songs of his career, both with The Police and as a solo artist. The show will include “Fields of Gold,” “Shape of My Heart,” “Roxanne,” “Demolition Man,” “Englishman in New York,” “Every Breath You Take,” and “Message In A Bottle.”

8. Ed Sheeran
After the MTV Awards in November 2021, the British star Ed Sheeran will visit Budapest once again. Although he is surely not going to sing the Christmas song he sang with Elton John before Christmas 2021 in September 2022, we are going to share this song now.

After a break of two years, the organizers of the Budapest Sziget Festival have announced more than 40 stars for 2022. Among others, Arctic Monkeys, Dua Lipa, Kings of Leon, Bastille, Stromae, and Lewis Capaldi will come to Budapest in the summer of 2022.

On the big stage, Dua Lipa will perform on August 10, Kings of Leon the following day, and Artic Monkeys on August 15. Earlier in the evening, visitors can listen to two-time Brit Awards winner, Lewis Capaldi, Belgium’s Stromae, and England’s Bastille, among others. The English band’s new album is scheduled for release in February 2022.

As a result of the pandemic situation, Sziget Festival was not organized the last two years. Three-day and six-day tickets are already available for the music festival, which is scheduled to take place in 2022 between August 10 and 15.

Following the Sziget Festival announcements, the artists for the next VOLT Festival in Sopron have now been announced, including bands such as Muse, The Killers, Christian rock band, Skillet, and Canadian pop-punk band, SUM41.

Rap star Scarlxrd will also perform, and three bands from the United Kingdom will also perform in Sopron: metalcore band Bring Me The Horizon, Passenger, and young singer-songwriter, Yungblud, who also performed at the EMAs in Budapest in November. From the electronic music scene, the German band Virtual Rio, international dubstep DJ producer Borgore, and drum-and-bass act FuntCase will be there. 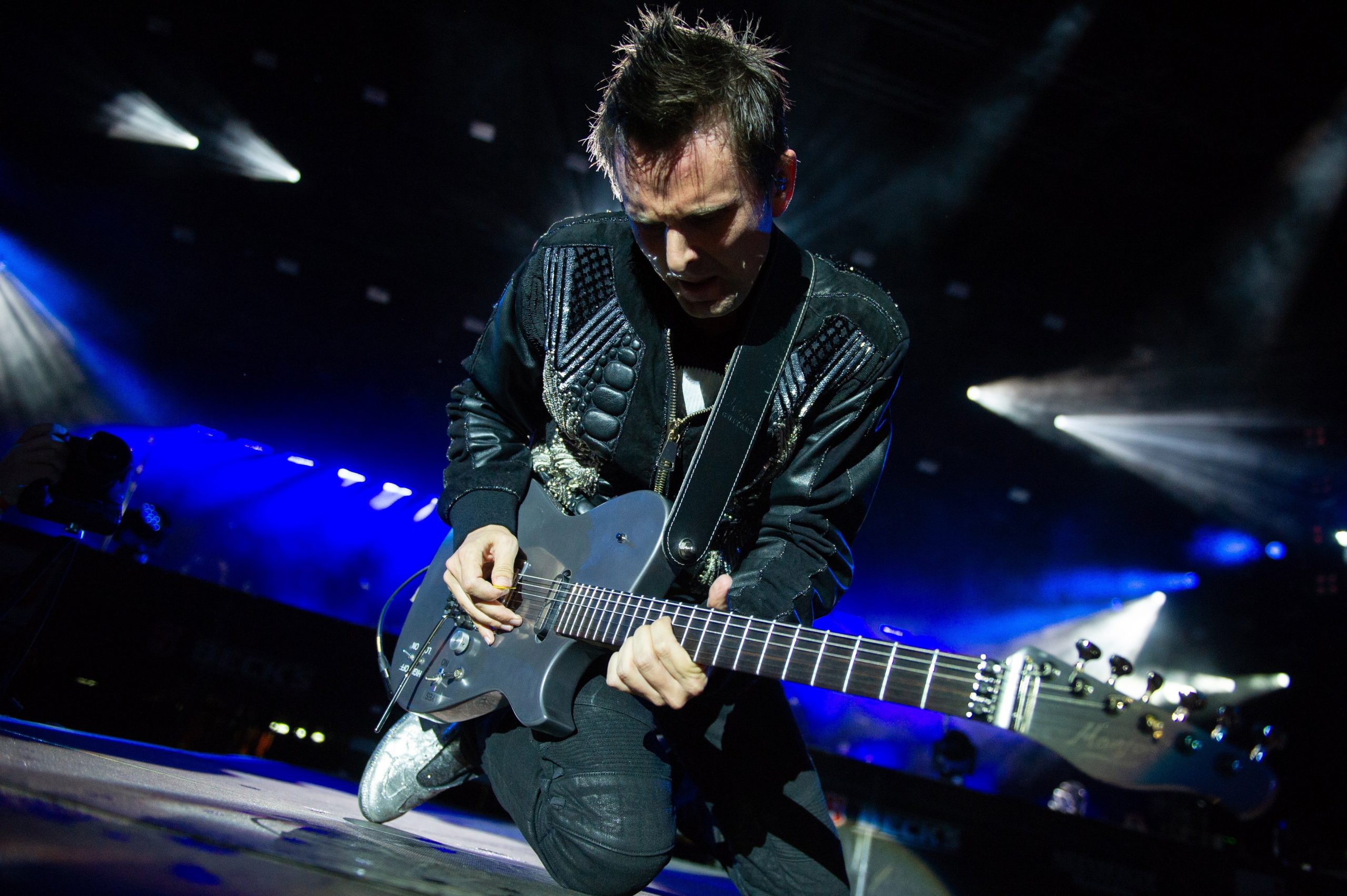 "We are setting the bar very high with our return after a two-year break," a founder of the festival said.Continue reading

And if you are a fan of the Balaton Festival and prefer a dance party by Lake Balaton to a classic “sit-down” concert like the one in Veszprém, you should definitely go to “Balaton Sound,” because the organizers have also decided to bring their concerts back in 2022 after the epidemic-related break.