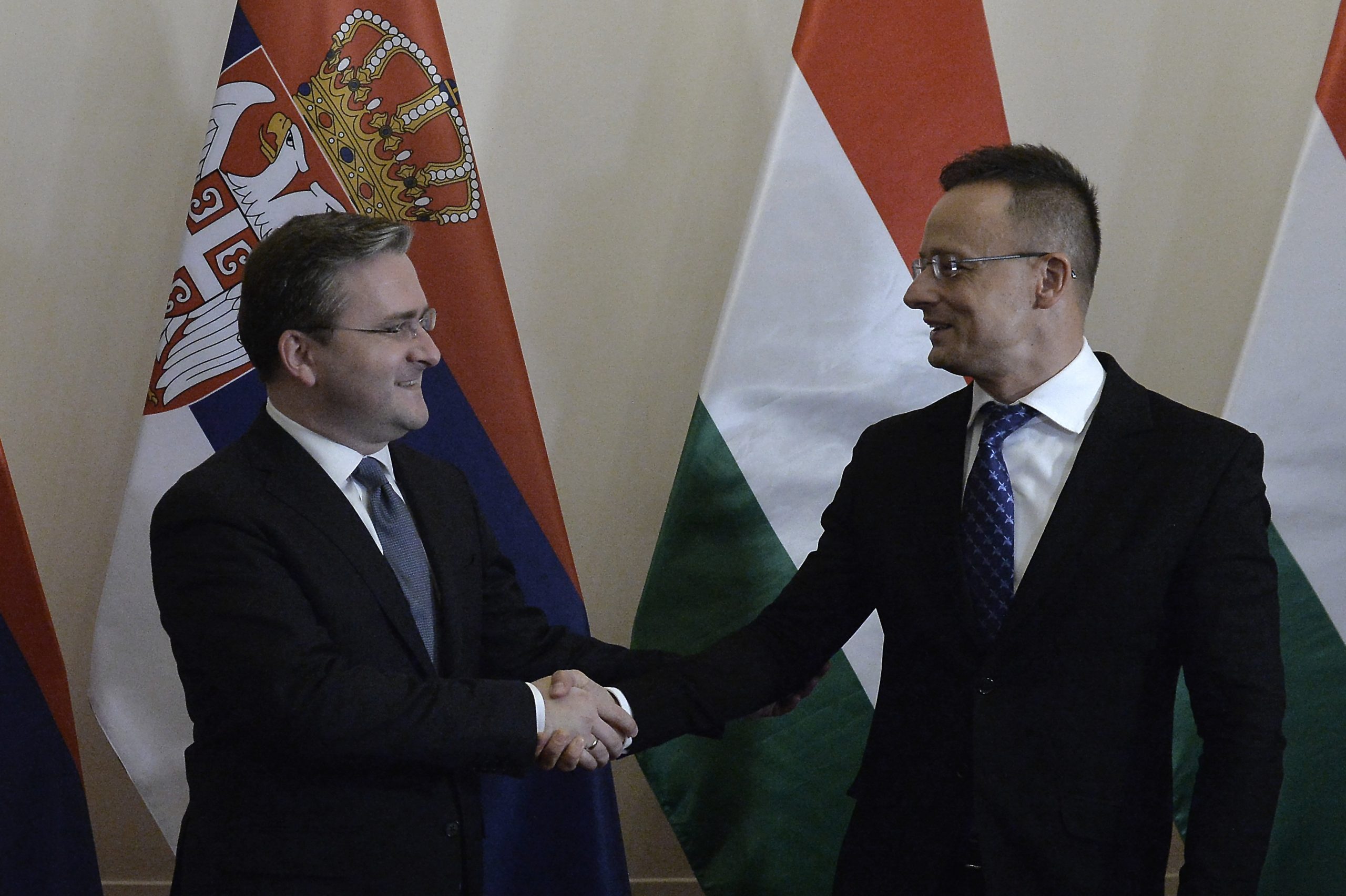 Serbia “should have been admitted into the European Union yesterday,” but the bloc can still make things right “if the country joins tomorrow,” Foreign Minister Péter Szijjártó said in Szeged, in southern Hungary, on Wednesday.

At a joint press conference with Serbian counterpart Nikola Selaković, Szijjártó praised the “excellent relations” between Hungary and Serbia, emphasizing the efforts that had gone into “turning historic spite [between the countries] into a historic friendship,” the foreign ministry said in a statement.

Both countries have benefitted immensely from this, Szijjártó said, adding that the outcomes of this past weekend’s elections in Hungary and Serbia allowed the countries to continue working together.

Szijjártó said bilateral trade turnover more than doubled in January. Construction on the Budapest-Belgrade rail line is ongoing, the upgrade of the Szeged-Subotica (Szabadka) rail line is set to be completed by the end of the year, and two Hungarian investment projects in Serbia worth a combined 4 billion forints (EUR 10.7m) are also nearing completion, he said. Szijjártó also emphasized Serbia’s role in Hungary’s energy supply. 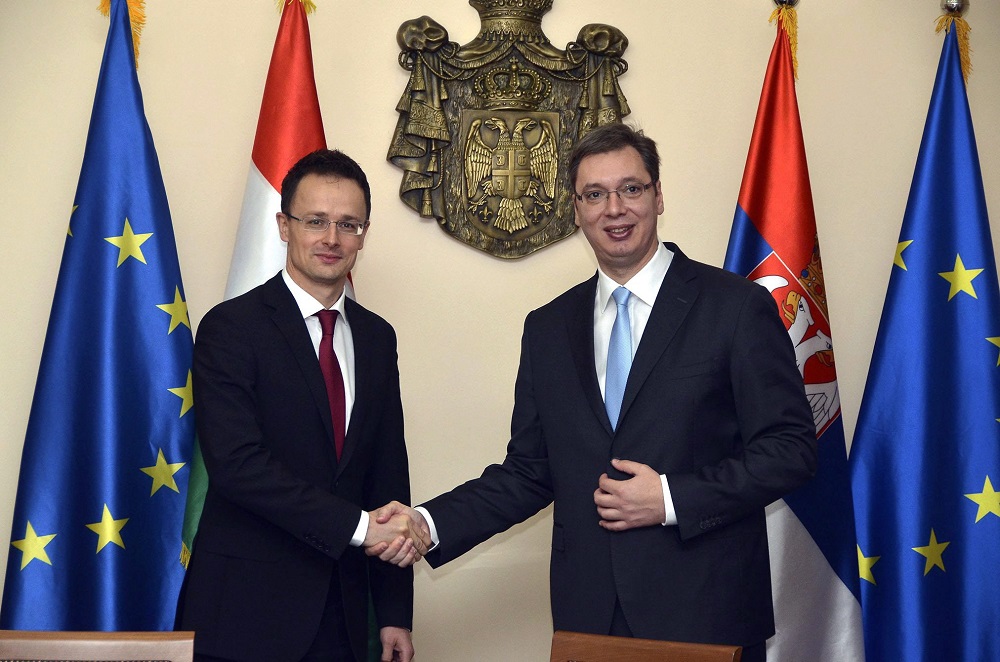 "We have worked a lot on turning historic spite [between the countries] into a historic friendship," Szijjártó said.Continue reading

“A week ago everyone was saying that Fidesz would have no chance of winning in Szeged or other major cities,” he said.

He added that support for Serbian President Aleksandar Vucic had also reached an all-time high in Sunday’s election, noting that the Alliance of Vojvodina Hungarians (VMSZ) was one of Vucic’s backers and would have a group of its own in the Serbian national assembly.

“These two historic victories clearly prove that it is right to represent national interests,” Szijjártó said.

Asked about Russia seeking payment for gas deliveries in rubles, Szijjártó said that because the EU had no role in bilateral gas supply agreements, “how the contracting parties choose to amend [the agreement] is nobody else’s business.”

“We do not consider the European Commission’s intention for the countries that import Russian natural gas to give a joint response to be necessary,” Szijjártó said. 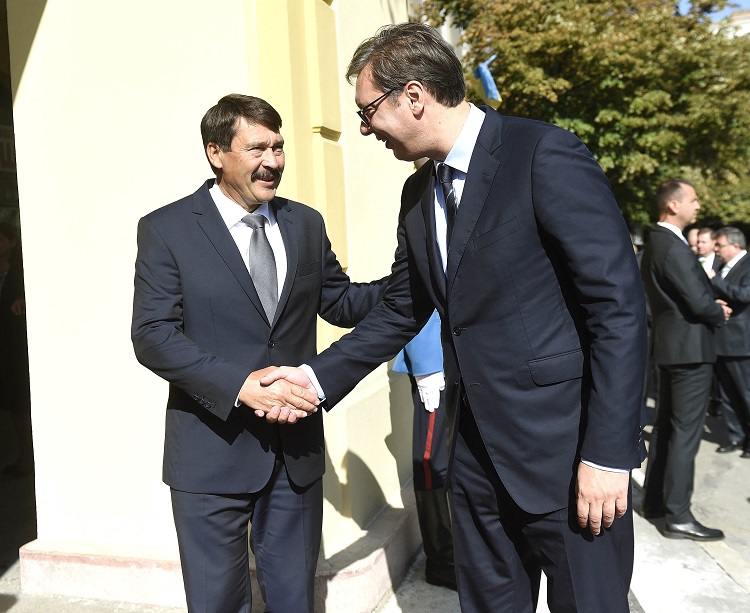 Hungary’s first payment to Russia’s Gazprom will be due in May and the technicalities of a solution are currently being worked out, the minister said. “Hungary’s energy supply is secure and will remain secure,” he added.

As regards the decision to summon the Ukrainian ambassador, Szijjártó said the remarks made by Ukrainian officials on the Hungarian elections were “unacceptable.”

“We understand that they are at war and that the suffering the Ukrainian people are having to endure is terrible,” Szijjártó said. “But this is no reason for them to be talking about the making of a totalitarian regime, for their diplomats to raise the issue of complicity in war crimes, or to express regret over the outcome of the Hungarian election.”

The Hungarian people made their choice in a democratic election and everyone must respect the outcome, Szijjártó said.

He said that although the remarks from Ukrainian officials “crossed all lines,” Hungary will continue taking in and caring for all Ukrainian refugees and will provide all the humanitarian assistance they need.