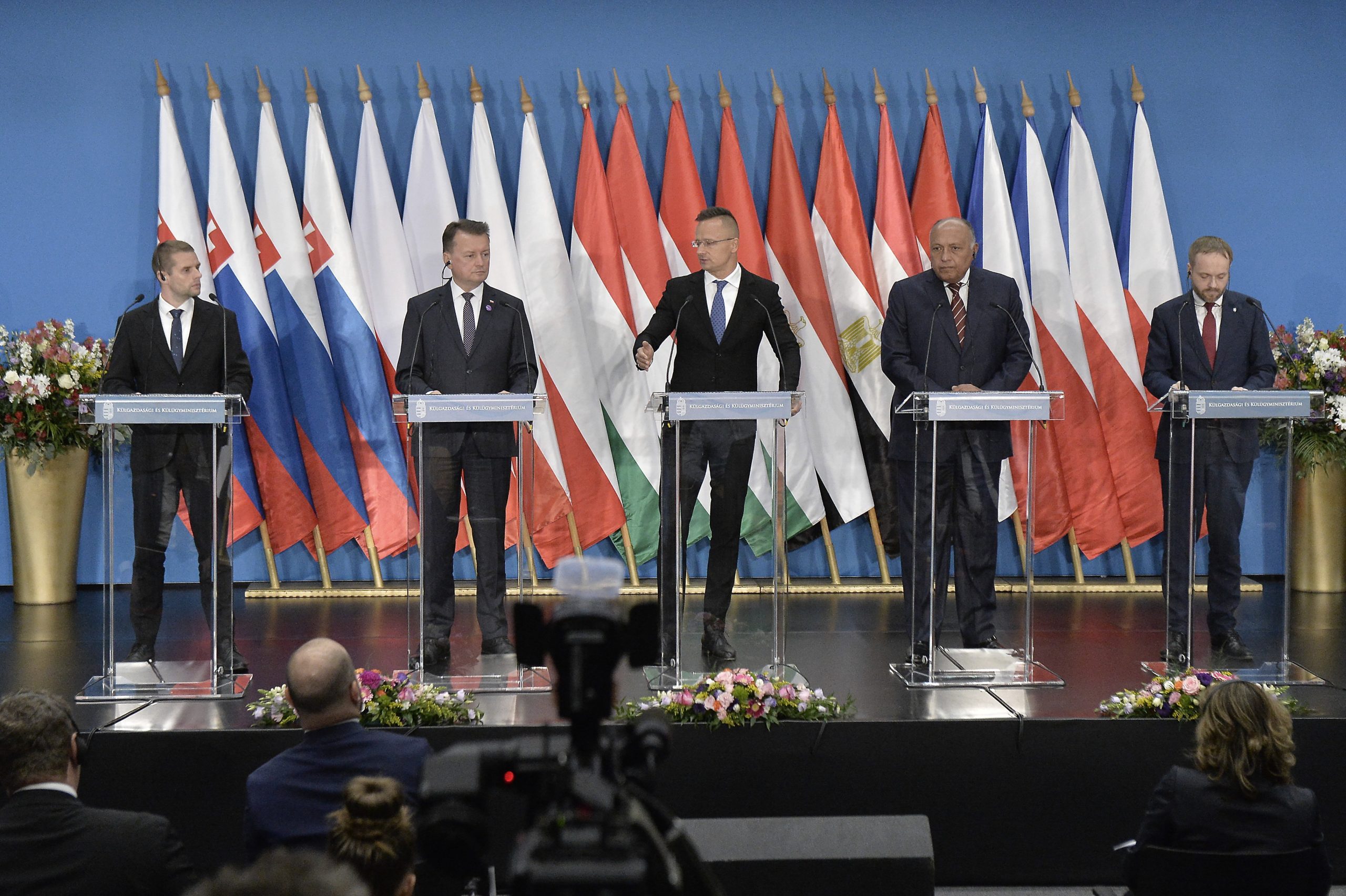 Stemming the waves of illegal migration requires external allies such as Egypt, an “extremely important partner”, Foreign Minister Péter Szijjártó said after talks with his Visegrad counterparts and the foreign minister of Egypt in Budapest on Monday.

According to a foreign ministry statement, Szijjártó said Europe had been under constant pressure from migration since 2015.

The minister insisted that the Visegrad Group countries had cooperated and thwarted plans to introduce migrant quotas in Europe, adding that “had we not succeeded, thousands or even tens of thousands of illegal migrants would now be living in our countries”. Close cooperation is still needed, he said, adding that “one mistake is being made after another” on the international stage and “irresponsible remarks are threatening even greater migration waves.”

Referring to a potential 4 million refugees leaving Afghanistan, Szijjártó said: “We now hear proposals that those migrants will have to be redistributed.” He added that Europe was now facing migration pressure from the East, too, at Poland’s borders.

Concerning Egypt, Szijjártó said the country had proven that migration by sea could be stopped by shutting maritime borders and eliminating human smuggling rings. “It would be to good purpose if the EU changed its attitude towards Egypt accordingly. It would be good to turn down the volume of statements condemning Egypt, and it would be also good if the European development funds for Egypt in fact arrived,” Szijjártó said, adding: “We will continue to rely on Egypt in the future”.

V4 countries will assess whether Egypt is being hindered by European sanctions in obtaining technologies that would make its border controls more effective, Szijjártó said.

Blaszczak underlined the importance of protecting the external borders of the EU in Poland. Illegal migration and terrorism pose serious threats, he said, adding that responsible governments must do everything to protect their citizens.

Shoukry also underlined the importance of efforts against illegal migration. Egypt currently accommodates between 5.5-6 million immigrants and needs assistance from the international community, he said. Egypt is making great efforts to fight extremist ideologies, he added.