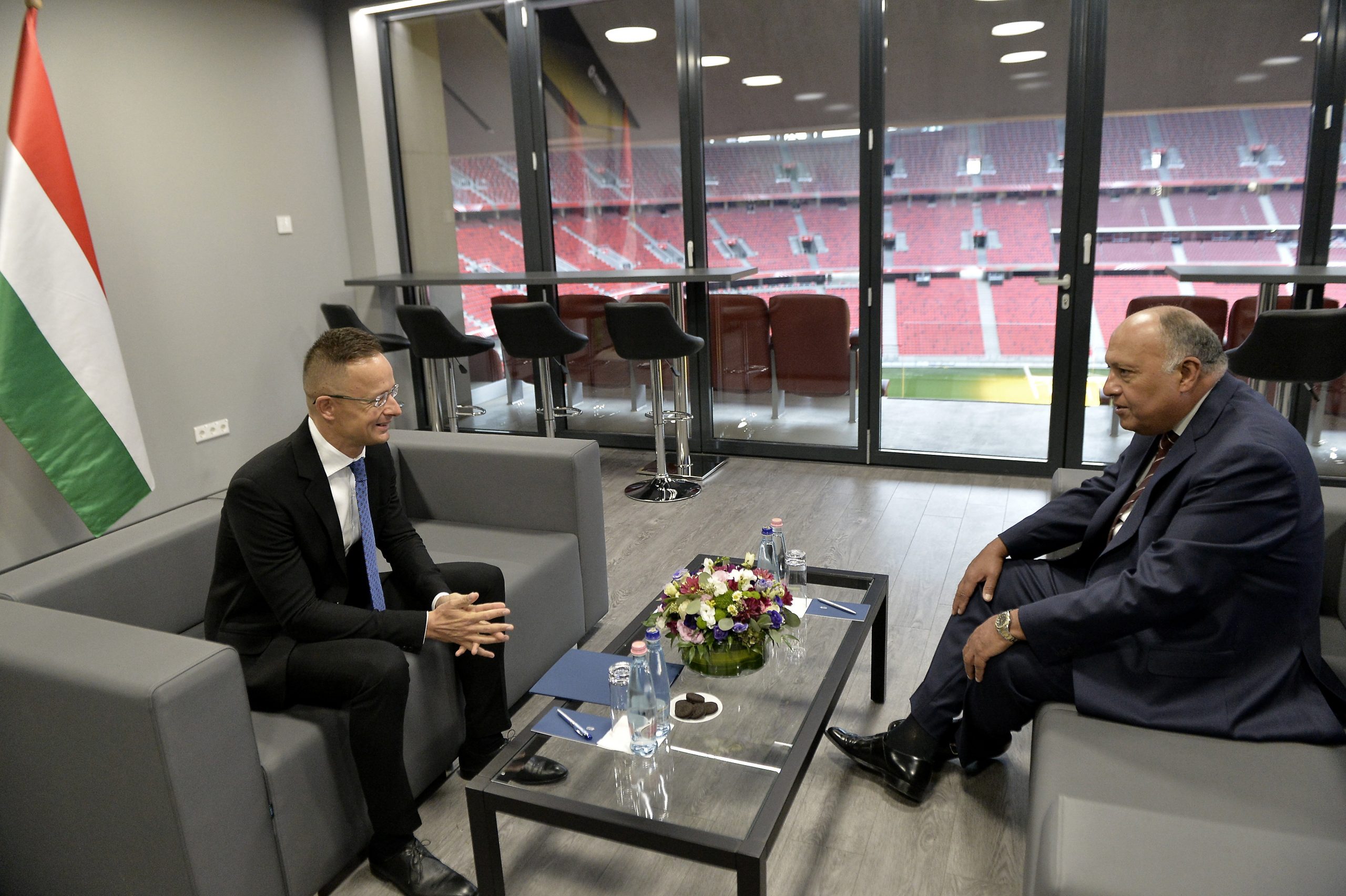 There are no open issues between Hungary and Egypt and the two countries “benefit a lot from good bilateral ties especially in terms of the economy”, Foreign Minister Péter Szijjártó said after meeting his Egyptian counterpart in Budapest on Monday.

At a press conference held together with Sameh Shoukry, Szijjártó said that stability in North Africa was crucial for “security and calm in Europe”, adding that the Hungarian government would make efforts “to ensure that Egypt’s achievements in that field are recognised”.

Concerning economic cooperation with Egypt, Szijjártó said that Hungary’s transport industry was “delivering on its largest foreign order ever”, with a Hungarian-Russian consortium producing 1,300 railway carriages worth a total 370 billion forints (EUR 1bn) to the Egyptian national railway company.

Hungarian companies are contributing to the renovation of cranes at the ports of Alexandria and Suez, as well as to drinking water projects in the Sinai peninsula, while Hungary has been contracted to deliver 7,000 cattle to Egypt before the end of the year, Szijjártó said.

Since the beginning of the year, the turnover of bilateral trade has increased by 21 percent, driven by a 44 percent increase in Hungarian exports, the minister said.

Concerning the coronavirus pandemic, Szijjártó said that Hungary was donating 250,000 doses of the AstraZeneca vaccine to Egypt “because Egypt is a favourite destination of Hungarian tourists”. He added that talks were under way on mutually honouring coronavirus vaccination certificates.

The Hungarian and Egyptian governments are in talks on gas supplies to increase Hungary’s energy security, Szijjártó said. The new South Stream gas pipe line now offers an opportunity for Hungary to receive gas from the eastern Mediterranean and from Egypt’s LNG terminals, he added.

Parties at the talks have also signed several letters of understanding in the areas of trade, international development projects, education, culture, and space research.

The Egyptian minister will meet his counterparts from the Visegrad Group in Budapest later in the day, in preparation for a V4-Egypt summit set for Tuesday.