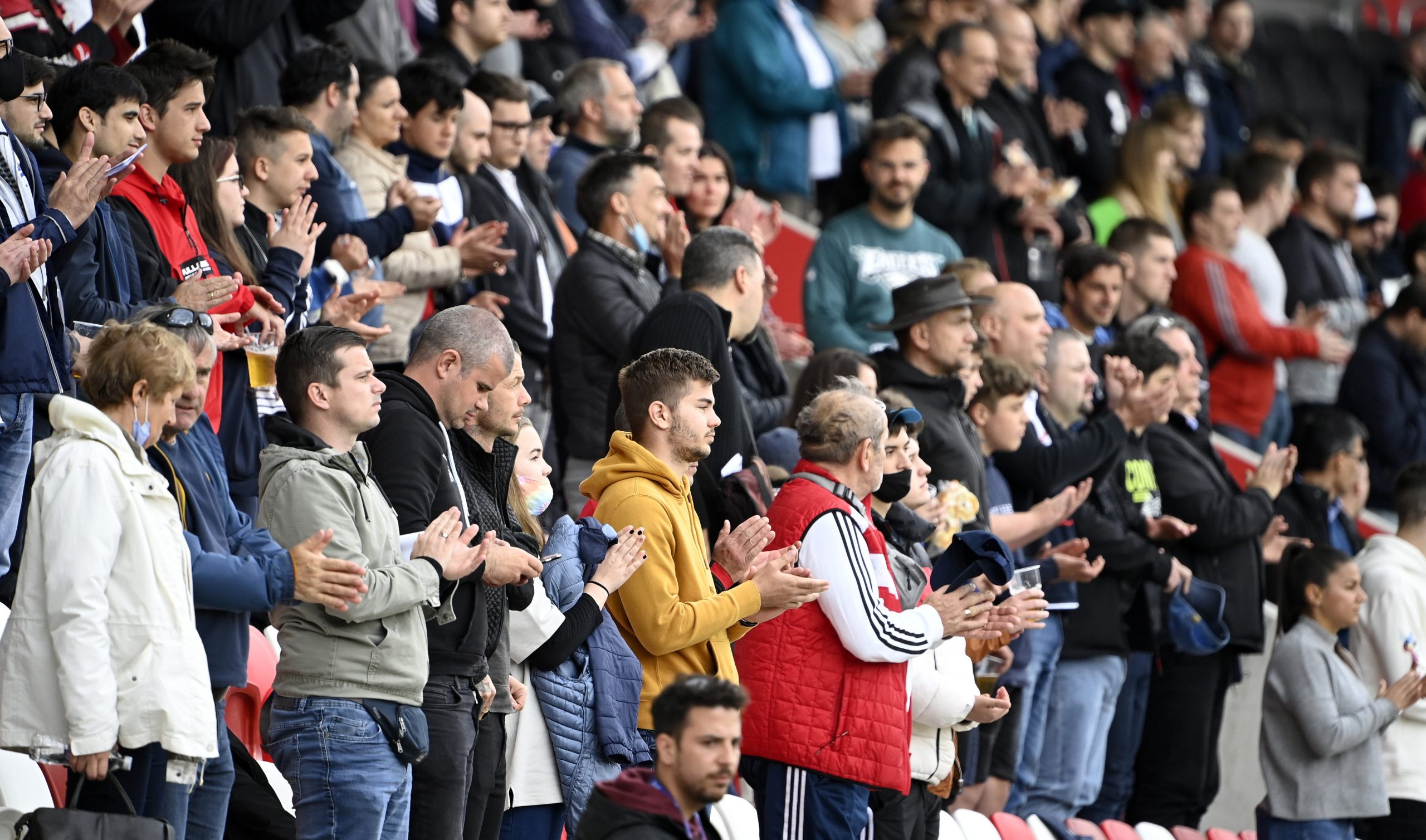 After Fidesz lawmaker Gyula Budai told Momentum’s leader and the Budapest mayor not to show up at the Hungarian national team’s matches, the president of the Hungarian Football Federation (MLSZ), besides openly criticizing the government politician, invited the two politicians to attend the next game. Both András Fekete-Győr and Gergely Karácsony eventually accepted the invitation.

Budai: Karácsony and Fekete-Győr should not attend national team matches

Gyula Budai’s controversial comment targeted Democratic Coalition’s István Vágó, who criticized Ferencváros after the club’s homepage depicted Tuesday’s failure to qualify for the Champions League as a success in qualifying for the Europa League (those who fail at this stage, gain automatic qualification for Europe’s no. 2. club tournament).

In Budai’s Facebook post dotted with grammatical and punctuation errors, he first slammed Vágó (“What a chump Vágó is…”). A little later however, he chose to turn to the broader opposition too, by writing:

“I would like to tell Gergely Karácsony, András Fekete-Győr, and the other libernyaks [an offensive, mocking word for liberals, first used in public discourse by PM Orbán] who go to the national eleven’s matches for false reasons, not to come to the upcoming matches of the Hungarian national team!”

“Let them stay at home, let Fegyőr put on the Romanian jersey [Momentum- supported Romania’s USR-PLUS liberal party candidate in the 2019 presidential elections instead of Hungarian ethnic party RMDSZ’s Hunor Kelemen, who did not have any chance to win] and let KariGeri wake up on time and see how much Budapest is hit by traffic jams! And leave Hungarian football alone!…” (“Fegyőr” is the offensive nickname of Momentum’s leader, created by merging his two surnames. In Hungarian, ‘fegyőr’ means prison guard. Meanwhile, Mayor Karácsony is nicknamed KariGeri in Fidesz circles).

MLSZ president Csányi: Everyone is welcome to attend except those who seek to divide the nation

President Csányi reacted in a statement, eventually inviting the two opposition politicians to the national team’s upcoming game (against fresh EURO runner-up England this Thursday). Besides making it clear that it was Budai’s words that angered and drove him to respond, the OTP Bank chief also wrote that he would do his best to keep football out of politics, as it does belong to everyone. “Whether you are pro-government, opposition, undecided or any kind of voter, whatever you think about the world, everyone is welcome at the games,” he argued.

On top of that, if there was anyone who wouldn’t be welcome, it would be precisely those who seek to divide the nation, Csányi pointed out, stating:

“Hungarian football needs all support and all supporters, regardless of party affiliation. Perhaps the only ones it doesn’t need are those who fail to understand this.”

Csányi has also personally invited Karácsony and Fekete-Győr to the next matches of the national team.

As of now, both politicians have appeared to accept the invitation. Budapest Mayor Karácsony made it clear on his social media channel that he would thankfully accept Csányi’s invitation, although he would avoid following the match from the VIP boxes, and would rather watch from the regular stands.

The Párbeszéd politician and PM candidate then explained:

“…it would be even more important for those stupid Fidesz megalomaniacs who confuse exclusion and hate-mongering with politics to understand: sport, cheering for the national team doesn’t divide but rather unites this deliberately divided country. The fact that many of us consider it a crime for a prime minister to mix up his private hobby with the public interest doesn’t mean that the experience and joy of cheering for the national team isn’t for every Hungarian. And contempt goes to  those who want to take this away from anyone.”