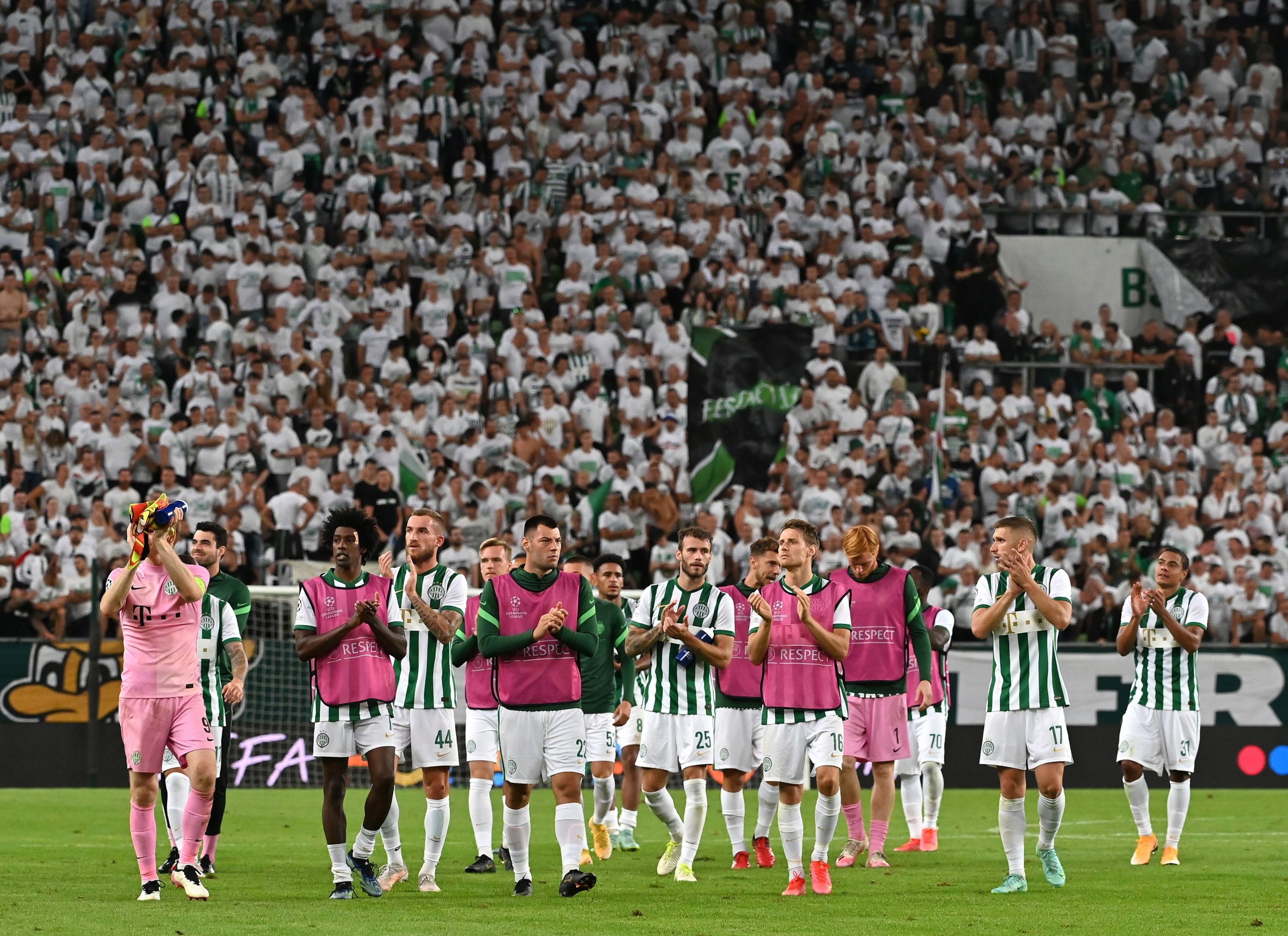 After the first leg’s narrow defeat in Switzerland, Swiss Young Boys’ and Ferencváros’ clash has again brought an eventful, exciting game, at the end of which, however, the Hungarian champion had to bow its head once again, failing to reach the Champions League’s group stage. The green-whites will continue in the Europa League.

During the first leg played in the Swiss capital, Ferencváros was close to taking the advantage after an early red card for a Young Boys player, that only added to another huge missed chance, Myrto Uzuni’s failed penalty. Despite all this, the Bern team managed to win (3-2), finding itself in a slightly better position ahead of the Tuesday kick-off, since away goals no longer mean advantage.

It was Young Boys that started-off better in the follow up match, taking the lead in the 4th minute. Fradi, however, which fielded goalkeeper Dénes Dibusz as the only Hungarian player last night, soon managed to equalize thanks to Wingo. Not much later Mmaee’s header in the 27th minute already meant that they leveled the Swiss team’s home victory.

The second half brought a clear Young Boys’ domination. First a Swiss equalizer, then a second yellow card for Laidouni put FTC in a very difficult situation. Later a penalty was about to seal the Hungarian team’s fate, but Dibusz managed to save it, leaving the duel still open for Fradi. Young Boys, however, didn’t let Fradi close in the rest of the game, and a late Mambimbi goal finally finished off Ferencváros’ CL dreams.

“Usually, four goals scored (in two matches) are enough to advance, but if the opponent scores six, then it’s not. Unfortunately, in the first leg we conceded three goals from outside the penalty area, our defense wasn’t good. In the first half we had to put too much energy into overturning the game (…) I’m satisfied with the team’s performance, but unfortunately it wasn’t enough to qualify for the CL group stage,” coach Peter Stöger commented. Besides praising the enthusiastic fans, the Austrian also criticized Laidouni for his red card, reminding that while his second yellow was for an obvious fault, the French-born Tunisian received his first card for disorderly conduct.

Sobering slaps on the other fronts

Unlike Ferencváros, the other Hungarian teams haven’t lived long on the international stage, two of them even ran into some shameful defeats in the new Conference League.

Felcsút’s Puskás Akadémia, established by PM Viktor Orbán and led by his childhood friend, billionaire Lőrinc Mészáros, the silver medalist of the Hungarian first division, after having narrowly overcome Finnish Inter Turku, easily dropped out against FK RFS (0-5 on aggregate). The Latvian team’s total market value is only half of the Felcsút village team’s, who by now has become the second wealthiest Hungarian football team.

However, it was bronze medalist MOL Fehérvár who suffered the most shocking blow as it had been knocked out (1-3 on aggregate) by Ararat Yerevan. While the Székesfehérvár team is ranked the 256th, the Armenian side is only the 516th on IFFHS’ world ranking. In addition, Vidi’s total market value is some six times higher than that of the Caucasian team.