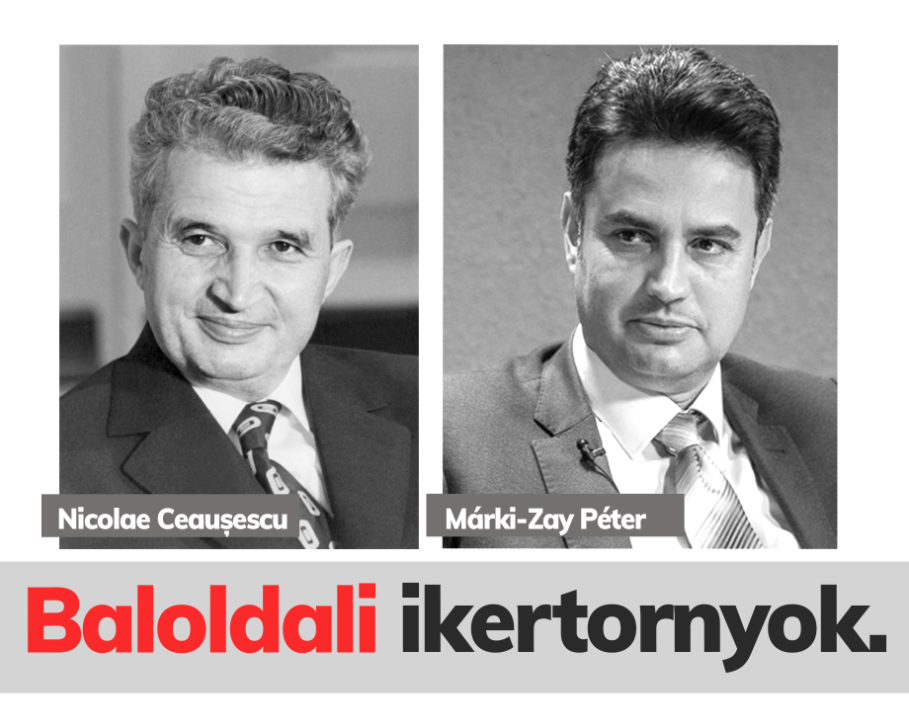 On Wednesday morning, Fidelitas posted an image depicting Márki-Zay and Ceaușescu, with the caption “left-wing twin towers” (despite the fact that Márki-Zay is known for his conservative views). The base of their comparison was the alleged similarity in the physical appearance of the two.

Momentum’s answer was not slow in coming, however. The centrist-liberal opposition party, the first political side within the opposition cooperation to back the conservative mayor of Hódmezővásárhely after the first round of the primary), soon posted an image comparing Felcsút’s Pancho Aréna with Ceaușescu’s Stadionul Viitorul in his hometown Scornicești, using the caption “Dictator twin towers,” indirectly comparing PM Viktor Orbán to the Romanian communist dictator.

The parallel is based on Ceaușescu having built a state-of-the-art stadium in his home village, and soon after its football team reached the Romanian first division. Meanwhile, after Fidesz took control of Hungary in 2010, Felcsút, the hometown of the Prime Minister, also received a modern stadium. Also, not independently from the generous state supports, the football team of Puskás Akadémia, set up by Viktor Orbán himself, also began to rise, and quickly reached the podium in the Hungarian football championship’s top flight.