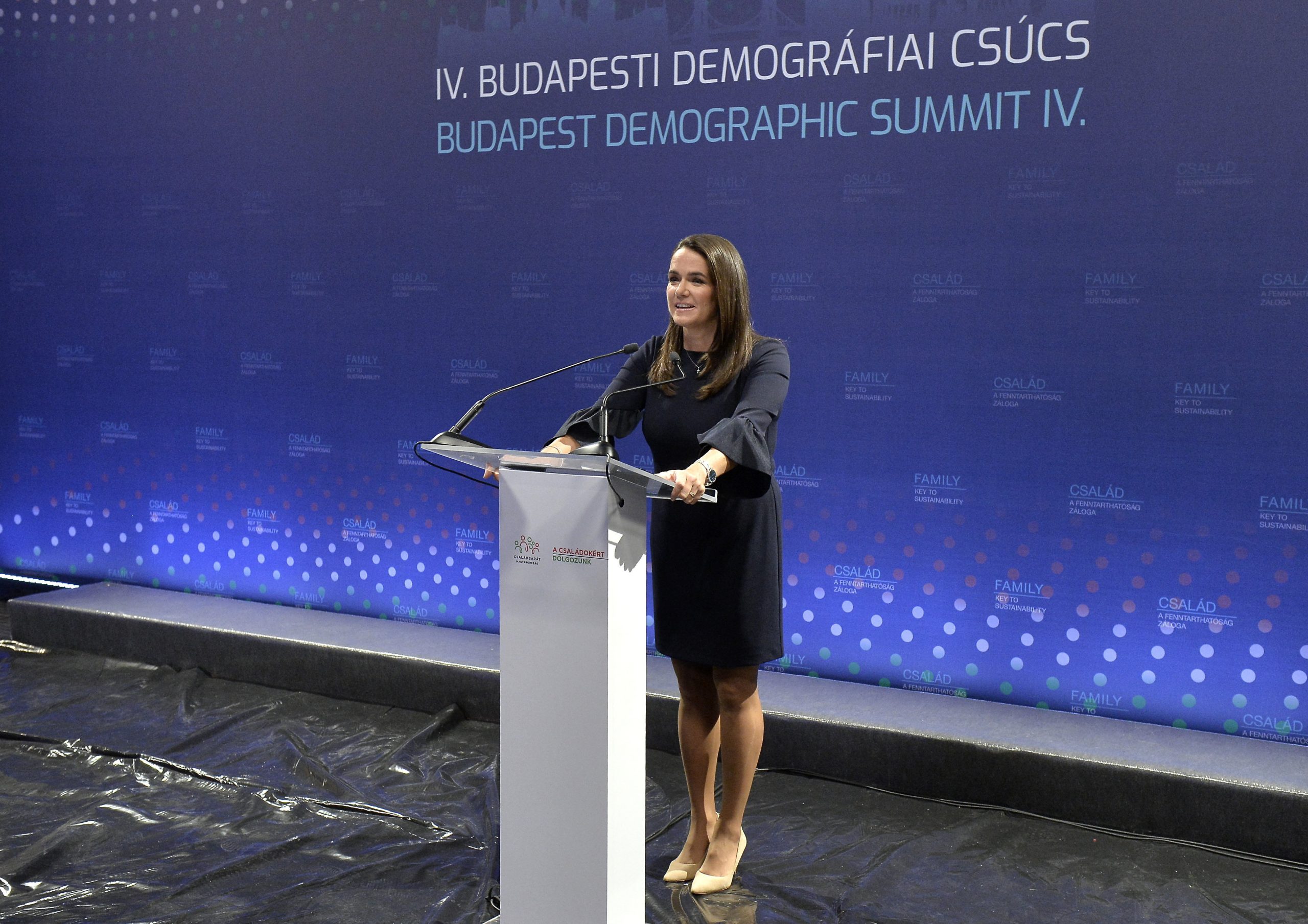 Prime Minister Viktor Orbán will sign a joint declaration with the heads of state and government attending the 4th Budapest Demographic Summit starting on Thursday, the minister in charge of family affairs told a press conference on Wednesday.

The declaration will be the “signatories’ testimony that they see families as the solution to demographic problems”, Katalin Novák said.

The summit will be held on September 23-24 in Budapest’s Várkert Bazár and will focus on the connections between demographics and sustainability, featuring some 70 speakers from 18 countries, Novák said. Some 500 attendees are expected, including state and religious leaders, scientists and NGOs, she said.