Esterházy Torte: A Dessert for the Prince of Gourmet – with Recipe! 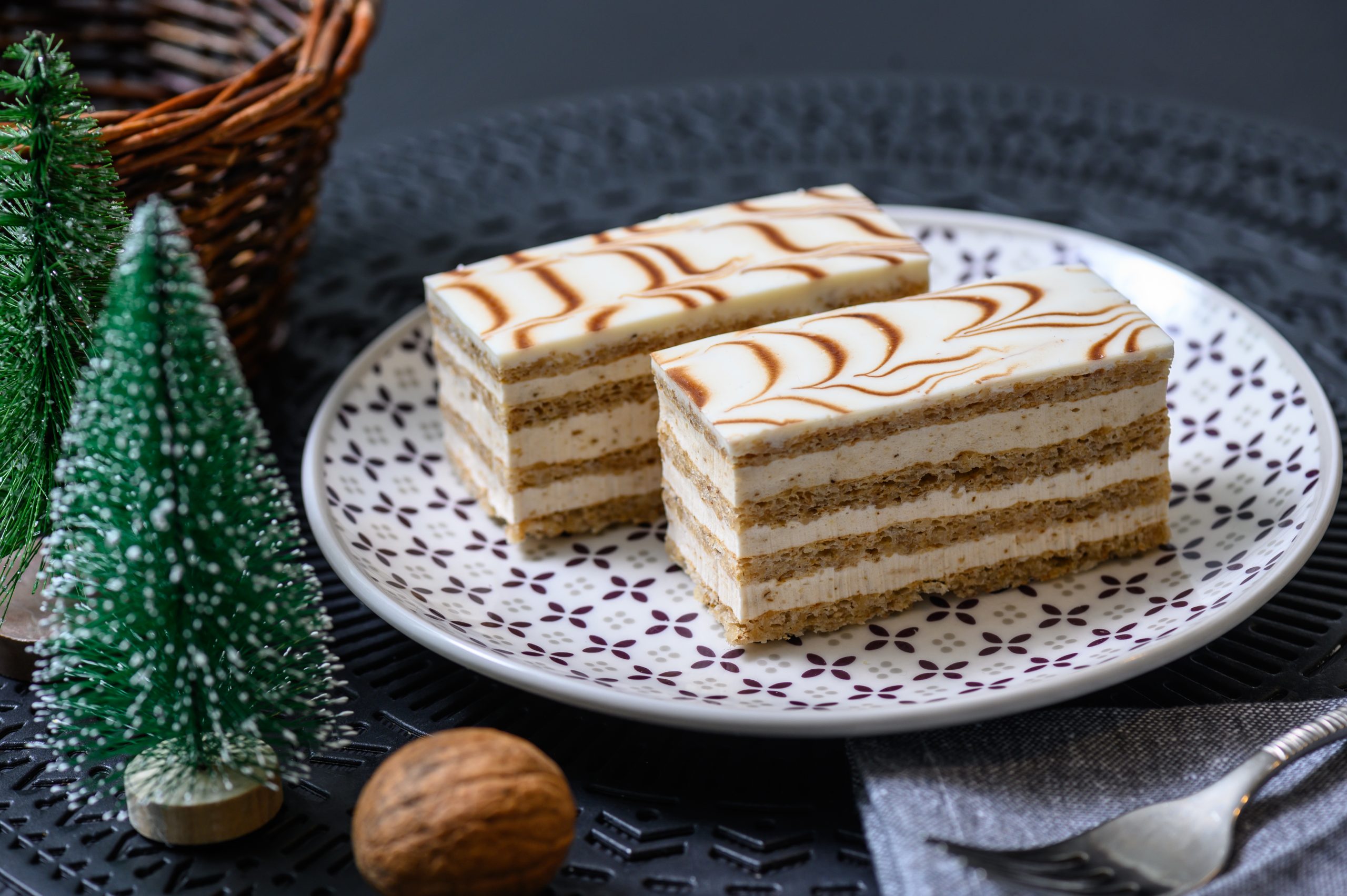 Esterházy torte is one of Hungarian cuisine’s most prestigious desserts, on par with Dobos torte and Sacher torte. It is among the famous pastries that draw their origins back to the time of the Habsburg monarchy, and which still make up a consistently substantial portion of pastries offered by Hungarian confectioneries today. Its original creator is unknown, but its name certainly comes from Prince Pál Antal Esterházy de Galántha, for whom, according to legend, the dessert was first prepared in the 19th century. The prince had a great reputation for his gourmet taste, even Esterházy rostélyos, for example, was named after him.

According to the most popular supposition, Franz Sacher, creator of the famous Sacher torte, was the one who prepared this dessert as well, as he was serving in the prince’s court at the time. No one knows the original recipe, but during its path of conquest multiple variations branched out from the dessert. There is even a debate on the appropriate number of layers the cake should have. Its almond and cream properties, however, along with its trademark decorative top, are eternal. Certain variations are magnificent, and in this article, we will be sharing a simplified version of Esterházy torte that is easier to prepare from home. 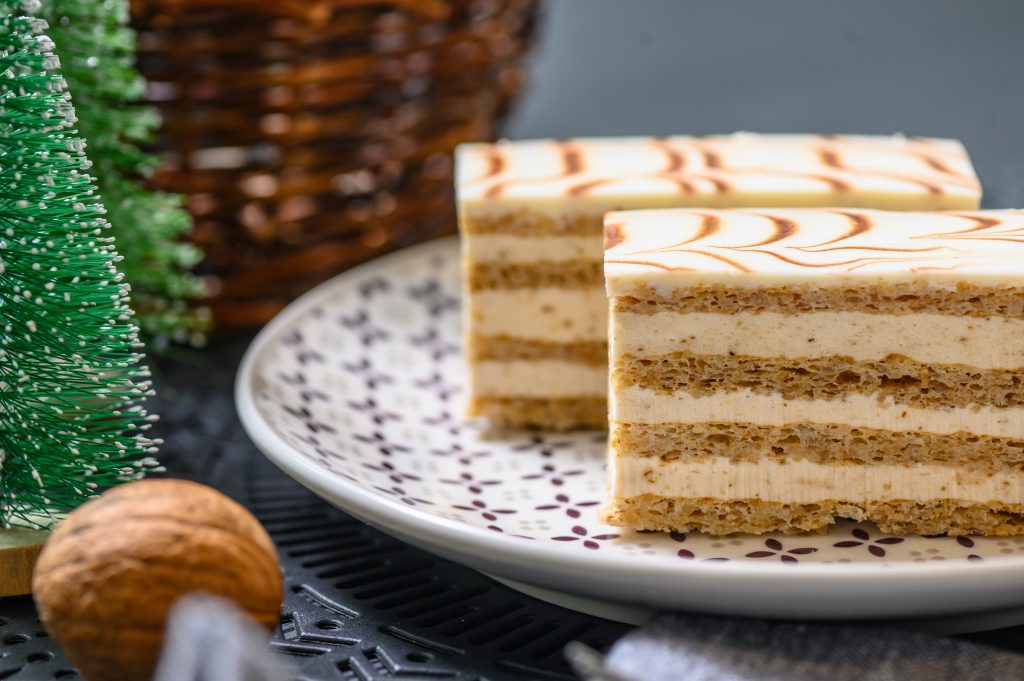 For the cake layers:

For the dough, whisk the 8 eggs together with the 16 dkg of sugar until frothy, then add the egg yolk and whisk for another minute. Mix 20 dkg flour and 5 dkg ground almonds together, then carefully stir those into the whisked eggs. From this mixture bake 4 pieces of equally thin cake layers at 180 degrees Celsius, baking for about 15 minutes.

For the cream, cook the pudding powder in the sugary milk, and once it has cooled down, add the ground almonds, the rum, and the whisked whipped cream. The finished cream filling can be equally distributed between the cake layers.

Prepare the icing by mixing the water, lemon juices, and powdered sugar. Remove one teaspoon of the icing, sprinkle some cocoa powder on it, and place that in a pastry bag. Cover the dough in the white icing, then draw lines on the top of it with the cocoa powdered icing from the pastry bag. Using a knife, pull those lines in a perpendicular direction. This motion will give the cake its marble-like top layer. 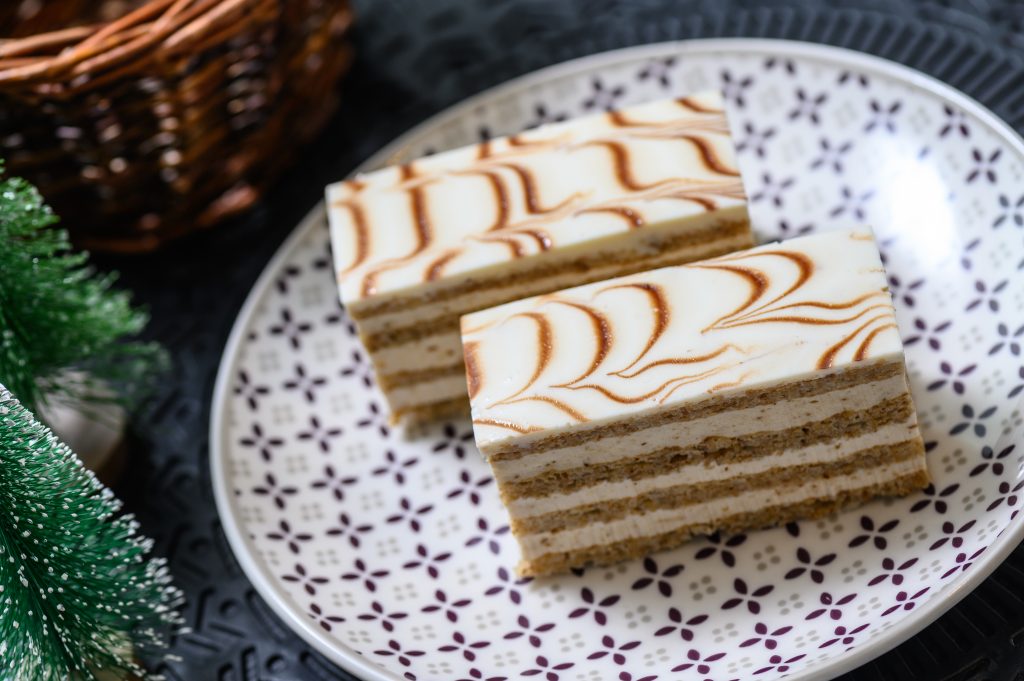 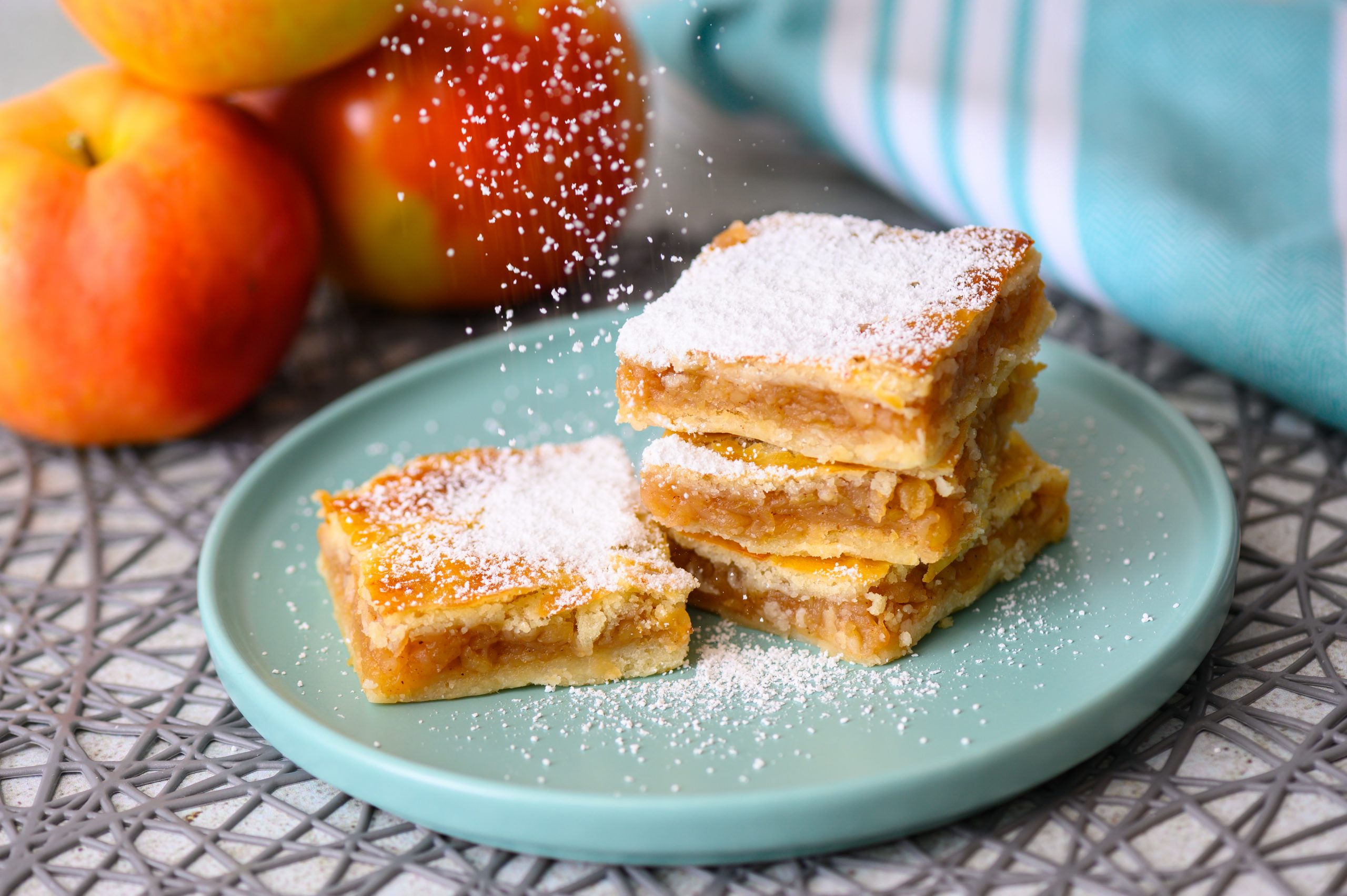