No final deal has been reached on the usage of EUR 214.6 million (HUF 77 billion) worth of EEA and Norway Grants, after parties failed to agree on the manager organization of the civil funds (some 11% of the total sum). It has long been known that the Hungarian government has desired greater control over the distributor NGO. Meanwhile, the Norwegian Foreign Minister blames the Hungarian government for refusing to agree on the most relevant bidder, but the Orbán administration insists that Norway owes this money and that they are still open to negotiation.

According to the PMO chief’s announcement made at his regular press briefing on Thursday, selection of the organization overseeing the distribution of the Norway Grants has failed. Gergely Gulyás’s declaration came in the wake of last year’s agreement when parties finally seemed to have brokered a deal, at least for the overwhelming amount of the sum. As a matter of fact, after two previous rounds of the fund allocation had been well agreed upon, negotiations on this third cycle’s allocation began back in 2016.

It is important to note that the overwhelming part of the money has been no matter of debate: the IT Ministry would have gotten considerable amounts for climate and energy policies, SME for innovation projects. Similarly, the Interior Ministry would have received a good sum for Roma integration programs. Only some 10% of it is really being argued about: around EUR 10.8 (HUF 3.9 billion), due for the civil sphere. A lack of agreement, however, means that the rest of the money wouldn’t arrive either.

The failure is certainly not completely independent of the fact that the Fidesz administration has long been aiming for greater control over the funds and NGOs. Therefore, the grants’ distribution has been in the middle of domestic and diplomatic debates for quite some time. After the 2014 elections, Hungarian authorities raided the office of the Ökotárs Foundation (and those of certain recipient NGOs) responsible for the distribution of funds, while the Fidesz-led government said the grant had been used for political purposes (alleging links with green-centrist LMP). Additionally, they accused Ökotárs of unauthorized financial activities and lack of transparency. Many, on the other hand, viewed the government’s actions as an attack on the civil sphere, as the grant money would support NGOs involved with issues like human rights, equal opportunity, youth and children’s issues, the environment, and minority and vulnerable groups.

The debate soon led to diplomatic tensions, and while Norway and the other countries have consistently denied political activities, auditing also didn’t confirm any kind of wrongdoing. For some time, payments were also suspended by the donor countries and the government came under criticism from, for example, the Council of Europe and the OSCE. Meanwhile, the government still insisted that it should have a role in the distribution of the grants and blamed the Norwegian government’s “insistence on supporting the civil organizations of [US billionaire] George Soros.”

Hungary is the third largest recipient of EEA and Norway Grants, a contribution on the part of Norway, Iceland, and Liechtenstein to reduce social and economic disparities in the EEA (even though they are not EU members, they benefit from the EU single market). The support has two categories: the distribution of the larger amount, the economic development money decided by the government, while funding for civil society goes to the NGOs.

NGO money distribution in the middle of controversy

After the aforementioned December agreement, the Norwegian state’s representatives and the Hungarian government should have reached a consensus on who should be the distributing NGOs. Relevant parties have yet to disclose many of the details of the process, only some press information, and speculations are available on the mere existence of background deals and (political) debates. First it was speculated that following the aforementioned 2014 events, a background deal might have been brokered: in exchange for the government to give up their control over (or according to critics, their harassment) of the relevant organizations, they can have a say in appointing the managing organization.

The actual applicants, those of which would have been wanted by Hungary and Norway, are also yet to be revealed. The Hungarian Red Cross (receiver of state subsidies, therefore its independence is perhaps doubtful) previously confirmed their application, while the International Children’s Safety Service, chaired by House Speaker László Kövér (Fidesz) himself, were also said to apply. Ökotárs Foundation (winner of the two previous cycles, therefore being perhaps the most relevant bidder), the one attacked by the government in 2014, aimed to be in the running too.

Government: We remain open to consultation

While in the other countries those civil organization-bound support is independent of the ruling governments, the Fidesz-led administration sees it otherwise. According to the PMO Head, Norway “does owe us this money, but they have yet to find a way to pay it.”

A statement from the Prime Minister’s office, meanwhile, besides pointing out that Norway owes this money, explains that “under the Cooperation Agreement between donor countries and Hungary, a new NGO fund manager will be appointed through consensus, which has yet to be found. Hungary, however, remains open to come to an agreement (…) By setting a new deadline, it is possible to continue the negotiations, which the Hungarian party has proposed.”

“I can confirm that we haven’t reached a consensus after a long and comprehensive process. In our opinion, the EEA and Norway Funds could have been very useful in particular to support civil society in Hungary, to boost economic, energy, and climate innovation, and to promote minority rights,” the Norwegian Foreign Minister commented.

“Donor countries in all the 15 beneficiary countries have an unconditional prerequisite for the civil society support fund to be managed independently of the authorities. Hungary agreed to this, but didn’t accept that the mandate should be given to the most professionally qualified applicant. Therefore, we couldn’t reach an agreement, and as a consequence of the December 2020 agreement with Hungary, there won’t be any EEA and Norway Fund programs in Hungary in the current funding period,” Ine Eriksen Søreide explained.

Anyhow, this latest suspension has not yet resulted in a loss of money, as parties have until spring 2024 to spend the available funds. 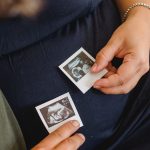