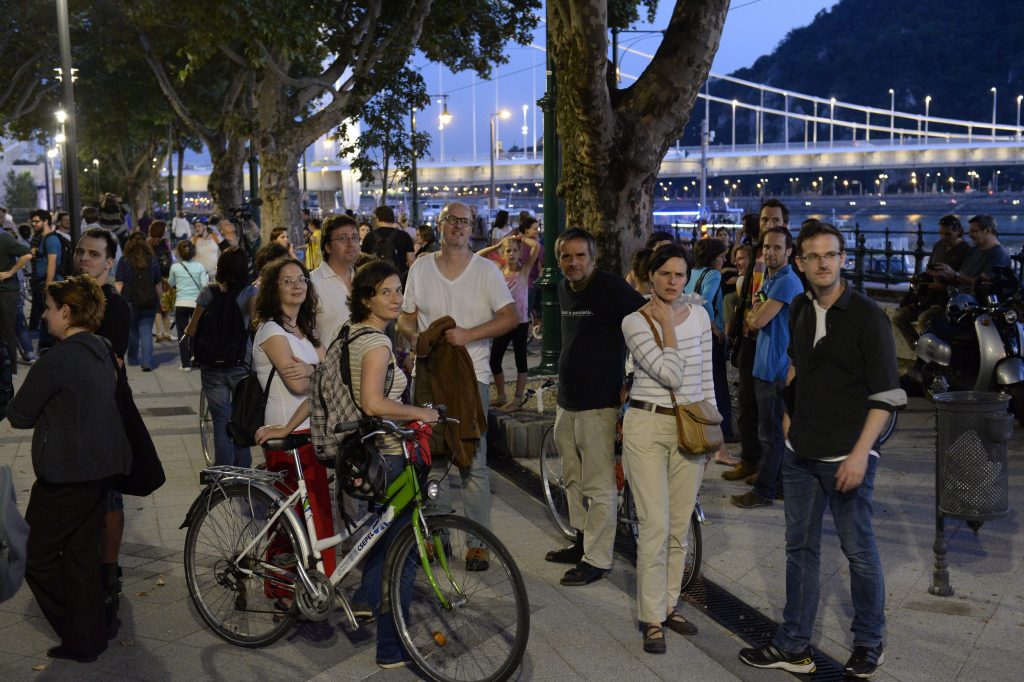 Hungarian Police have raided the Budapest headquarters of Ökotárs, a foundation responsible for coordinating the distribution of EEA/Norway Grants, under suspicion of embezzlement and unauthorized financial activities. The move sparked an outcry in the civilian society of Budapest, and shortly after the raid a flash protest was organized to express sympathy for the NGO.

According to press reports, a “large number” of police detectives occupied the Budapest office of Ökotárs on Monday, several laptops and documents were seized. The raid comes after daily Magyar Nemzet’s September 3 announcement, when the paper claimed that an “unnamed organisation” is suspected of having granted loans totaling nearly EUR 318,000 (100 million HUF) to civilian organizations, without a license for such activities.

Opposition party members heavily criticized the raid, E-PM called the governments methods “Putinist”, while Democratic Coalition called on the government to stop its “attacks” on civil society. Socialists also voiced their opinion, saying that the police did not have the legal grounds to raid the foundation on Monday.

Just a few weeks ago a Norwegian minister openly criticized the Hungarian government for its stance on EEA funds in online paper Financial Times. According to Vidar Helgesen,  “has launched a crackdown on civil society”, referring to the recent developments regarding Norwegian funded NGOs in Hungary.