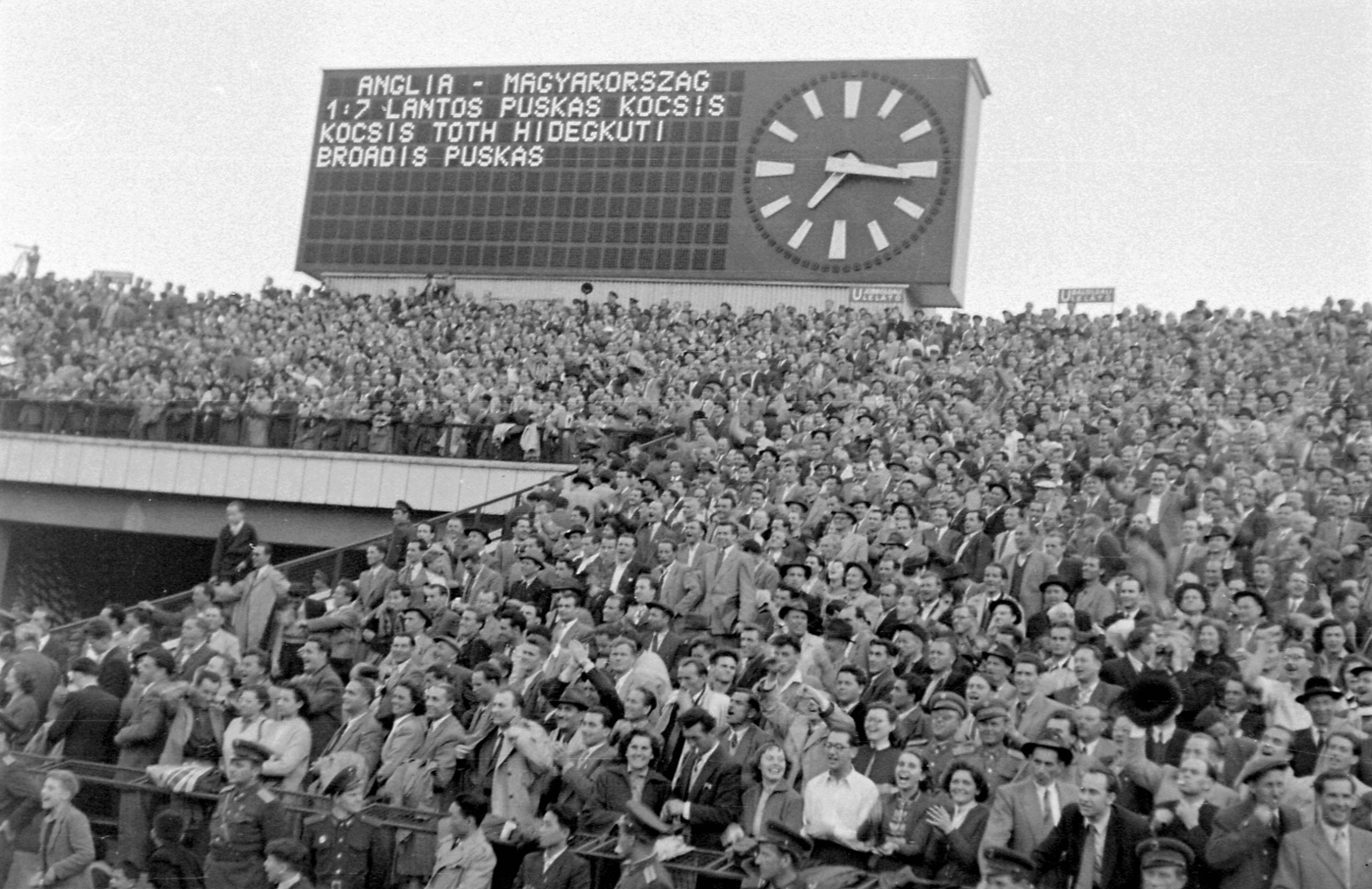 The World Cup qualifier between Hungary and England will take place on Thursday evening in the sold-out Puskás Aréna in Budapest. Of the 22 games between the two teams so far, 16 have been won by the English, five by Hungary, and two have been draws.

On June 10, 1908, the first match between Hungary and England took place, which the English won 7-0. Since then, the two teams have met 21 times. The legendary game on November 25, 1953 is most likely to be remembered by the Hungarians: The “Golden Eleven” (or Magic Magyars) won against the English, 6:3, who had previously been considered unbeatable, in the old Wembley Stadium. Ferenc Puskás, whose name every football connoisseur in the world knows, scored two goals. And that wasn’t all: the red-white-greens won the second leg six months later, on May 23, 1954, 7-1. The following two games also ended with Hungarian victories (1960: 2-0 and 1962: 2-1).

The game was broadcast to the Hungarian audience by the legendary sports commentator György Szepesi, but the TV recording was only made available by the BBC after the fall of the Berlin Wall in 1996, on the occasion of the 1100th anniversary of the Hungarian conquest. The film was digitally renewed and partially colored in 2021 in Hungary, and was shown on Hungarian television on the occasion of the 67th anniversary on November 25th.

Exactly 40 years ago, the Hungarian national team played a World Cup qualifier against England in Budapest for the last time. England won with a goal that has been talked about a lot since then. During England’s second goal, the ball got stuck in the top right corner of the gate. Hungary was finally defeated by the English 1:3.

“I don’t think we need to be ashamed. We fought, we pushed, but that was all we could muster this time. I think the penalty that led to the third goal was unfair,” Kálmán Mészöly, head coach at the time, told Népsport magazine.