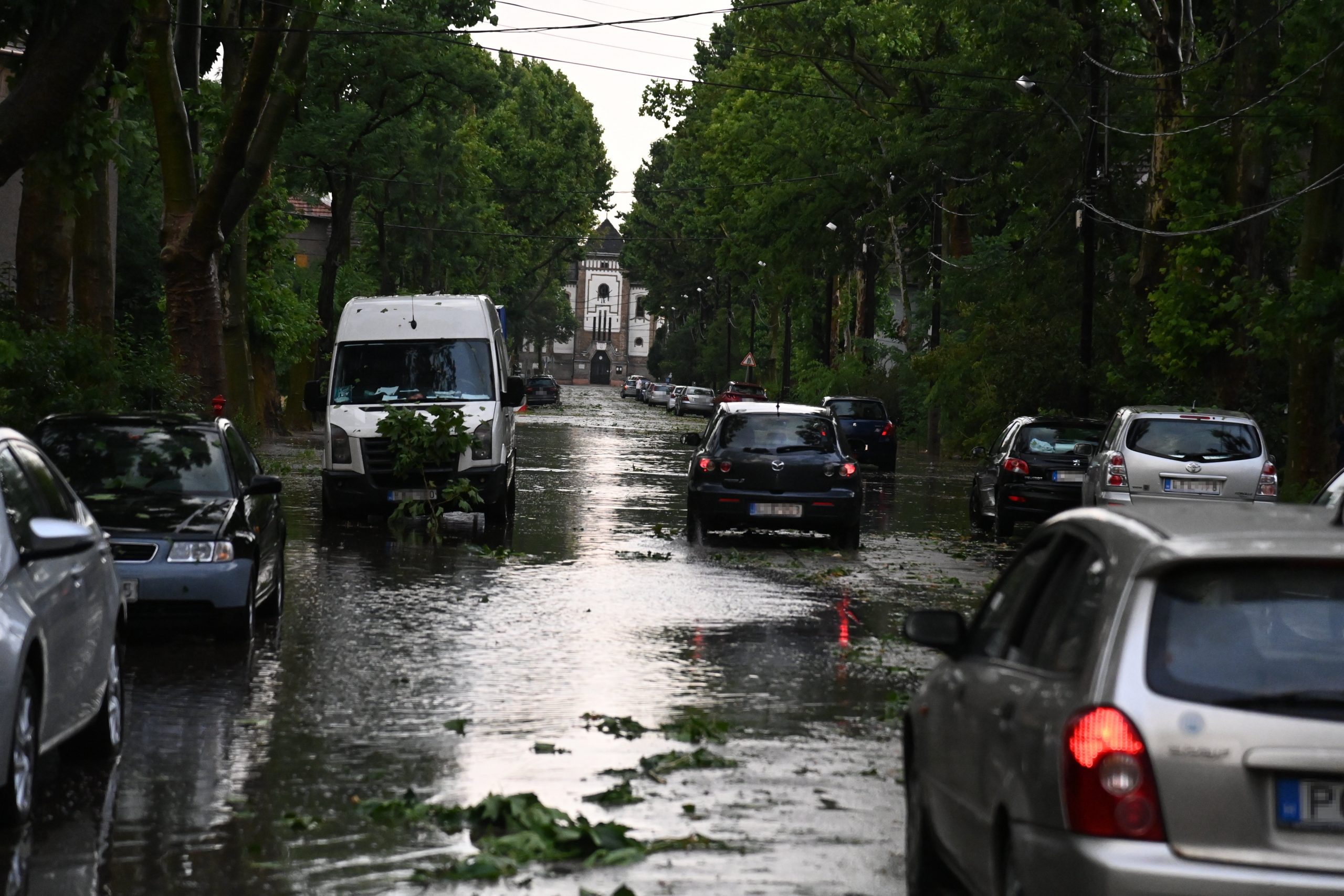 Within just a short time, emergency services were alerted to almost 50 locations in Budapest and its surrounding areas as a result of a heavy storm arriving Monday morning. Several lines of the Budapest Public Transport Company (BKK) had to be canceled. Meanwhile, a significant flood wave on the Danube is expected to reach Hungary around Tuesday or Wednesday.

A heavy storm hit the Hungarian capital early on Monday. Emergency services were alerted to broken branches, and flooded basements and garages. Several lines of the Budapest Public Transport Company (BKK) are currently not running, including tram no. 4 and 6 on the Grand Boulevard (Nagykörút), one of the most central and busiest parts of Budapest. In addition, numerous traffic lights are not working, the Nyugati Square underpass was flooded and the lights also went out. Several trains to and from Budapest are witnessing a delay of 10-20 minutes.

As a result of a storm on the previous day, eight buildings were damaged, and cellars and basements were flooded in 43 cases. Except for Hajdú-Bihar and Szabolcs-Szatmár-Bereg counties, all regions of Hungary were affected by the storm. In the municipality of Jósvafő in Borsod County, the Baradla stream overflowed its banks, prompting locals to set up five thousand sandbags together with the fire department.

The Hungarian Meteorological Service (OMSZ) announced for Monday a first-degree yellow alert due to the severe weather, but as a result of cloudburst, a second-degree orange alert is in effect in most counties in the country.

While in Western Europe the levels of most rivers are already receding, a huge flood wave is approaching Hungary on the Danube. According to the forecast, it may reach the country around Tuesday or Wednesday. While the level of the Danube at Komárom and Esztergom has the first degree of readiness, it may reach the second degree at Nagybajcs, where there is the readiness of the first degree until further notice. At the Slovak capital, Bratislava, the water level has risen by one meter in one day, where first-degree readiness is currently in effect. The events of the coming days will be determined mainly by the weather conditions in Austria.