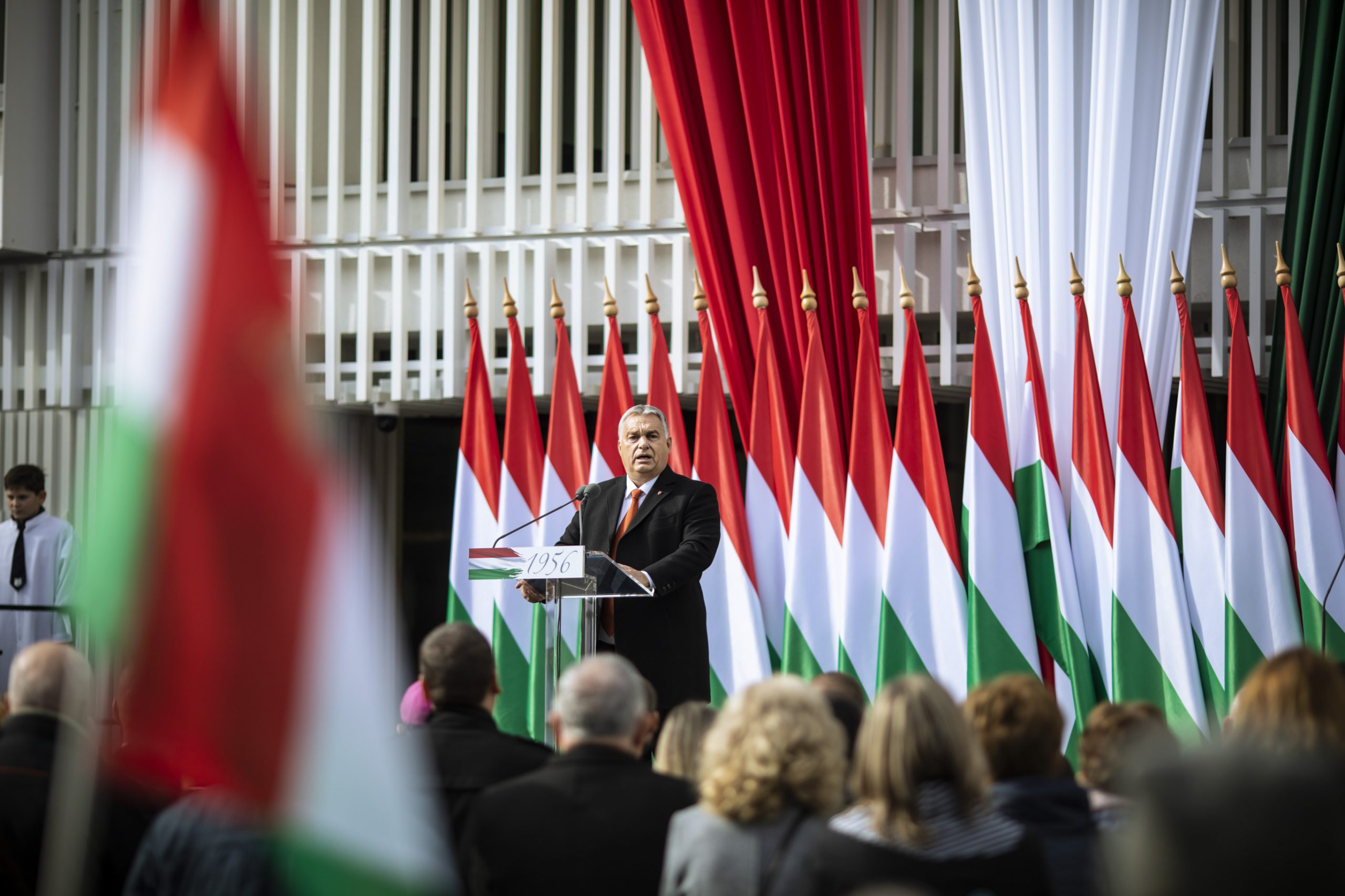 “The heroes of the 1956 revolution were very different people, but they were all in love with the ideal of a free Hungary,” Prime Minister Viktor Orbán said on Hungary’s national holiday. The country is now capable of defending its interests, he stressed.

Prime Minister Viktor Orbán held a speech on Hungary’s national holiday marking the 1956 revolution and freedom fight against the Soviet Union, at the inauguration ceremony of the building of the Mindszentyneum Center in the town of Zalaegerszeg, Western Hungary, on Sunday. 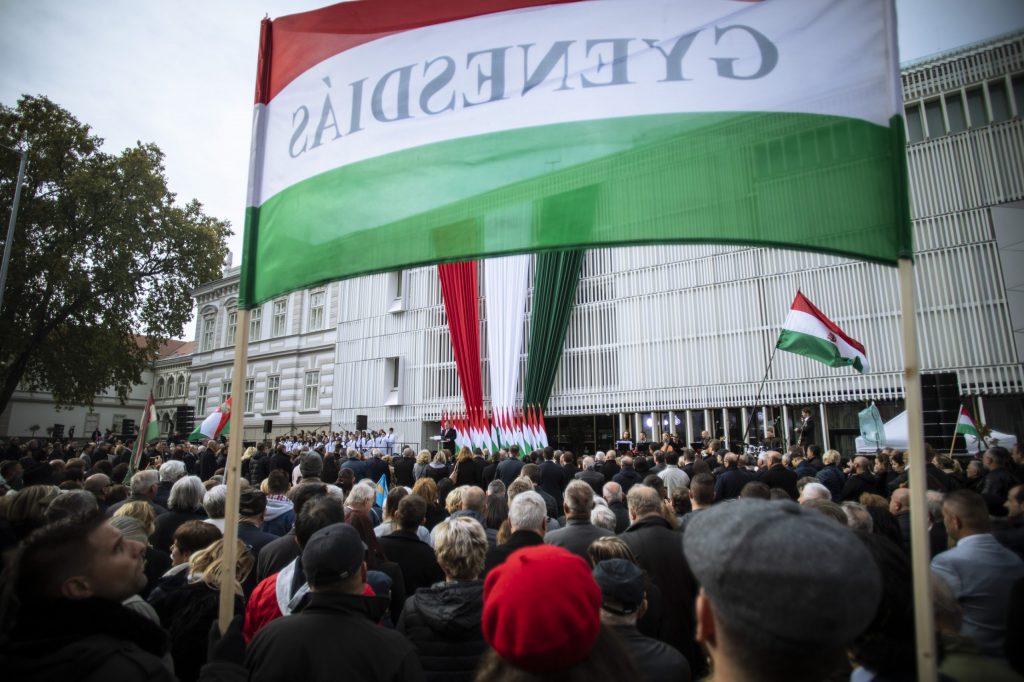 The Mindszentyneum – József Mindszenty Visitor Center is based on, and introduces the life of Cardinal József Mindszenty, the head of the Catholic Church in Hungary from 1945 to 1973. During World War II, he was imprisoned by the pro-Nazi Arrow Cross Party. As he stood up against both fascism and communism, he was given a life sentence in 1949 in a show-trial that was condemned by the United Nations. He spent eight years in prison and was freed during the course of the 1956 revolution, granted political asylum by the US embassy in Budapest, where he lived for fifteen years. He could finally leave the country in 1971 and died in exile in 1975 in Vienna.

According to Orbán, Cardinal Mindszenty was one of the greatest Hungarian church leaders who performed the task of spiritual leadership of the country besides political leaders, or when the need emerged – and it frequently did –  instead of political leaders. “Whilst serving God, Mindszenty always fulfilled his duty for his country, he was not just any leader of ours, he led the way with the unstoppable resistance of a column of fire,” he said. The Prime Minister added that in 1956, the Cardinal “showed us the way, and we Hungarians will never forget that service of his, even in a stormy headwind, he held onto the truth of the Hungarian people.”

The betrayal of the West

“We want to be worthy of Archbishop Mindszenty’s community-building heritage, and of the courage of the heroes of 1956 in the face of death, we want to make use of the opportunity that today we have to live for our country, not die for it,” Orbán stated. “Glory to the victims, respect for those who resisted,” he stressed.

The Prime Minister pointed out that the heroes of the revolution were very different people, but their actions were driven by the same idea: they were all in love with the ideal of a free Hungary.

He added that they exposed themselves to all the dangers and risks because they believed that they could succeed, and this hope of theirs was not entirely without foundation, as in 1956, Hungary had a real chance of gaining back its independence. 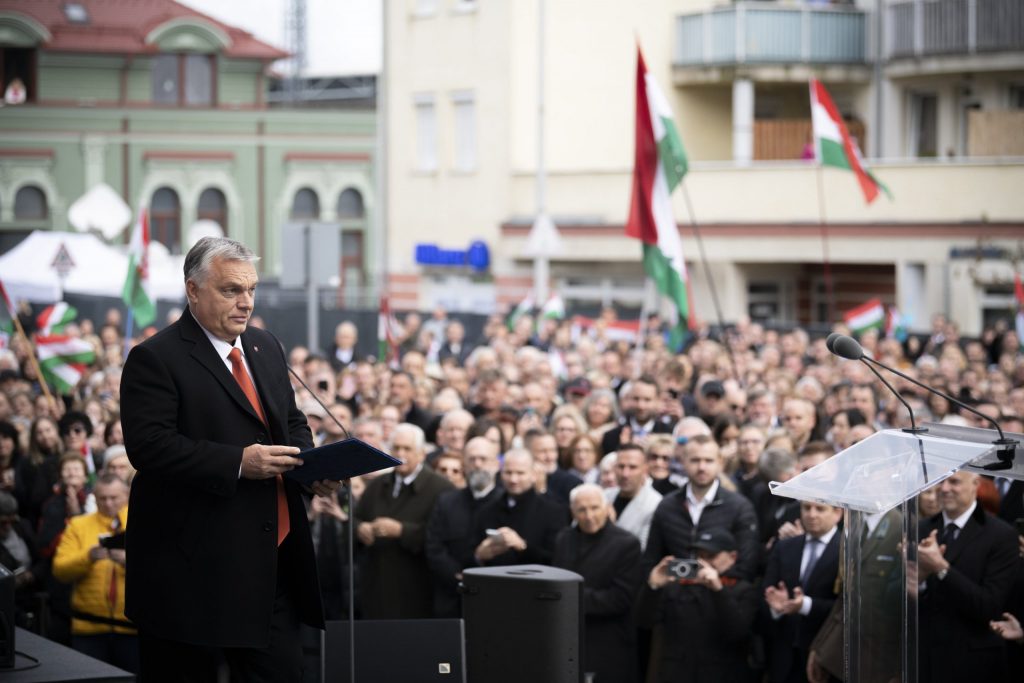 As Orbán recalled, hundreds of thousands of Hungarians took part in the revolution, the Soviets were all confused in the first days, and the Hungarians – had the West not betrayed them for a second time after 1945 – could have succeeded. But in the absence of support from the West, the Soviet leaders changed their minds halfway, turned the tanks around, and again forced 35 years of military oppression and a communist puppet government on the Hungarians, he added.

“Back then, they put us on the cover of Time magazine, then left us under the Soviet thumb for forty years, thinking that the Soviets will at least have one more thing to worry about,”

he noted. According to Orbán, the lesson is clear: only Hungarians themselves can show the world the truth of the Hungarians, and only Hungarians can defend their own truth against the threats facing them.

The country is prepared to face the crisis

“We abide when we have to, and we fight back when we can. If you are Hungarian, you need the courage of the lion, the slyness of the snake, and the peacefulness of the dove,” the Prime Minister said. “This will be especially true in the coming year: a migratory invasion in the south, a war in the east, and an economic crisis in the west,” he continued. 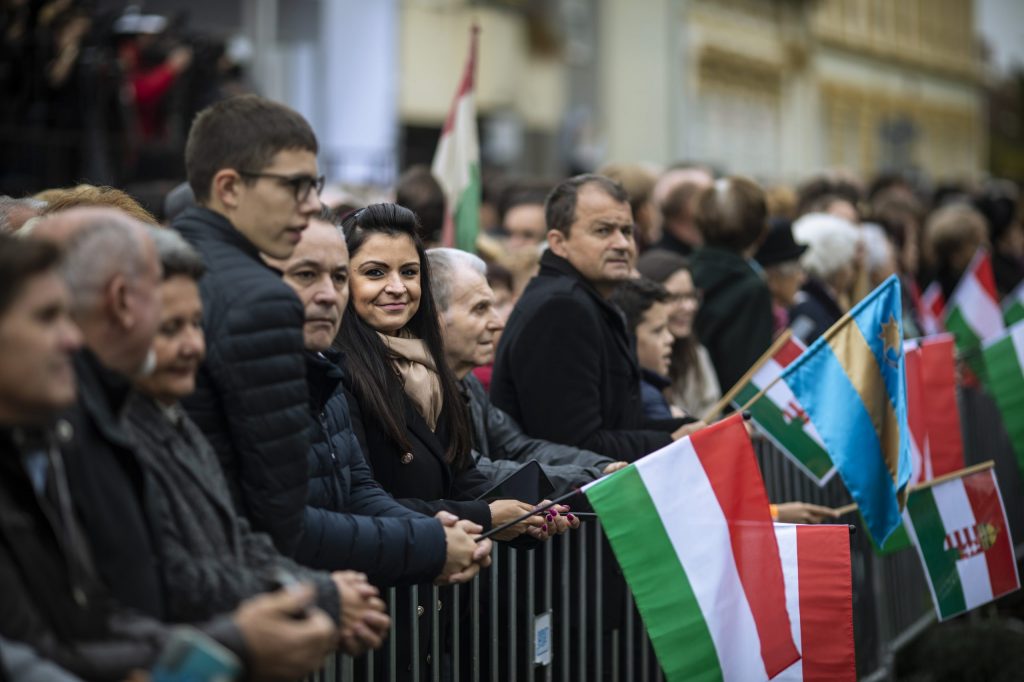 “Fortunately the left is not in government, imagine what would happen here,” he noted. Orbán stressed that the national government is strong, united, and does not get scared when trouble rears its head.

“We are able to defend Hungary’s interests both at home and abroad,”

he stressed. The Prime Minister recalled that in 1956 we learned that in hard times only unity can help. “Therefore, we should not care about those “who keep shooting at Hungary sometimes from the shadows, sometimes from the Brussels firing platform, they will end up where their ancestors did,” he said.

Orbán emphasized that Hungary is prepared to face the current crisis, claiming that “we will preserve the economy’s stability, everyone will have jobs, we will be able to defend the reduction of household energy bills, and families will not be left by the wayside.”

A nation of freedom lovers

Hungary’s national flag was hoisted with military honors in front of the parliament building on Sunday morning, MTI reported. The ceremony was attended by President Katalin Novák, representatives of military and state organizations, as well as members of the public.

The legacy of the Revolution and Freedom Fight of 1956 still has actuality today. The Hungarian people are a nation of freedom lovers. The spirit of the ‘56-ers gives us the courage, bravery, and inspiration we all need. Respect to the heroes!#freedom #October23 #Hungary pic.twitter.com/D3vvBnn172