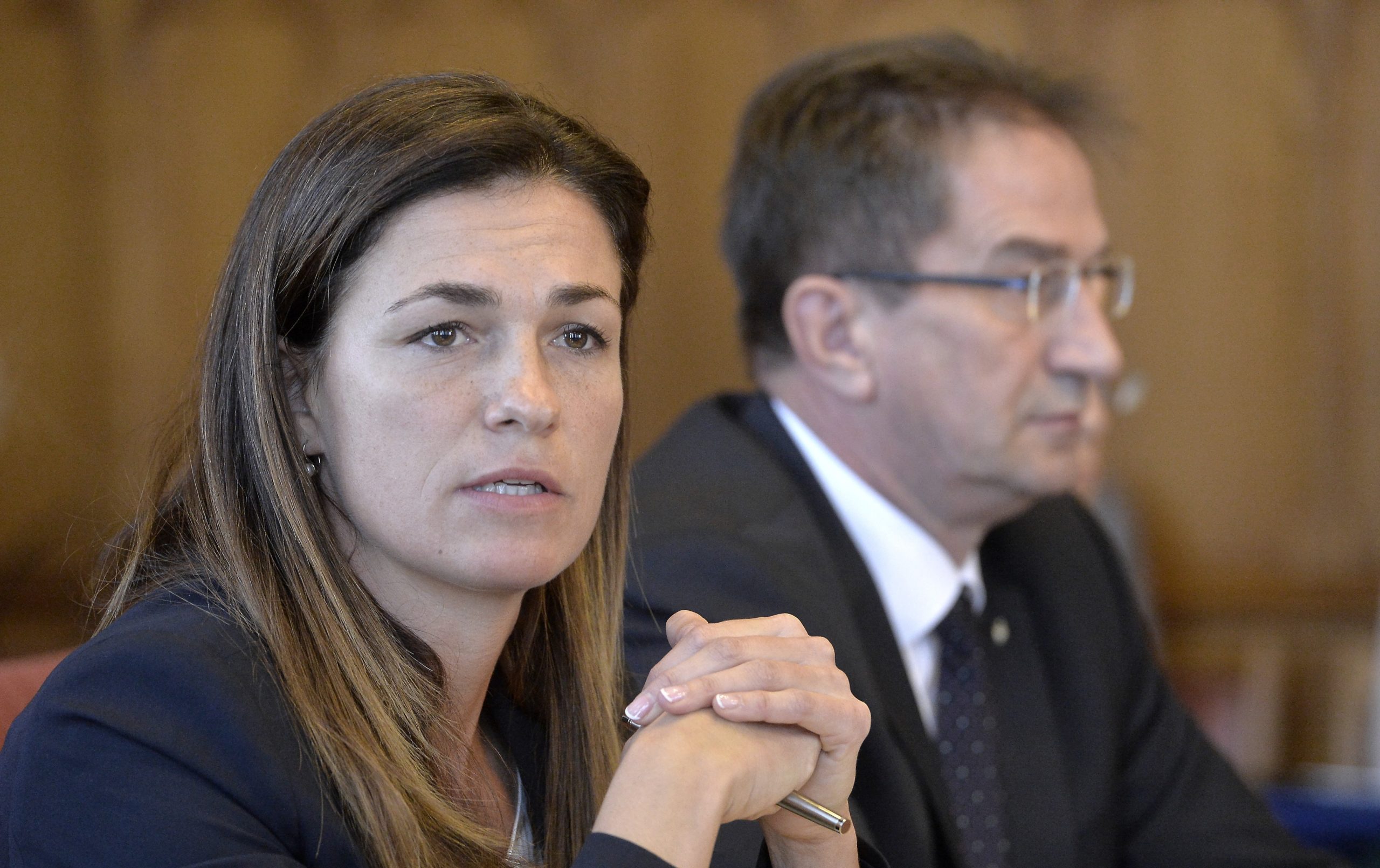 “So in our country, the state does not monitor criminals with the help of the tools of the secret services, but a criminal monitors honest citizens, journalists, and businessmen,” said Péter Márki-Zay, the opposition’s joint candidate for prime minister, in reaction to the bribery suspicion against deputy justice minister, Pál Völner. Opposition parties slammed the Orbán administration also demanding the resignation of Völner’s superior, Justice Minister Judit Varga. Meanwhile, deputy prime minister Zsolt Semjén emphasized that everyone has the right to the presumption of innocence, and the Justice Ministry said that “in Hungary, the law applies to everyone.”

State secretary and deputy justice minister, Pál Völner, has resigned after the chief prosecutor’s office asked parliament to lift his immunity due to suspicion of bribery. According to the charges, Völner illegally received sums of 2-5 million forints (EUR 5,500-13,700) from the president of the branch of bailiffs over a sustained period of time. However, the deputy minister whose name was already mentioned regarding the Pegasus scandal, denied having committed any crimes. 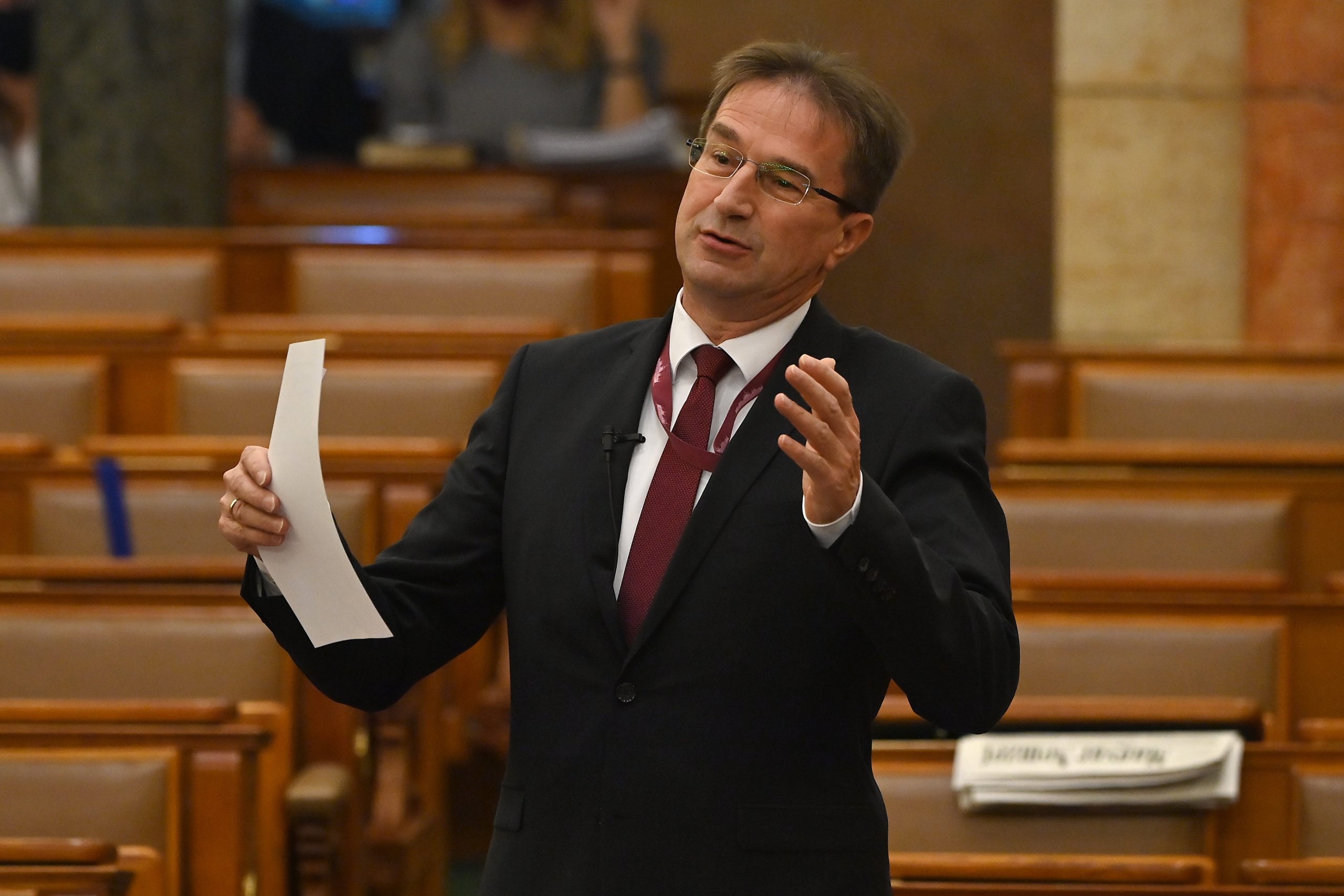 “Today we found out that Judit Varga has put the right to decide against whom Pegasus spyware can be used in the hands of her one state secretary, who even according to Péter Polt’s prosecutor’s office, is corrupt and has continuously accepted millions in cash from the president of the branch of bailiffs”, wrote Anna Donáth on Facebook, president of Momentum.

“If the Hungarian Court Bailiff’s Chamber can pay off Völner, who else has he done a ‘favor’ for? Did he ever authorize the surveillance of anyone in exchange for a bribe?”, the politician asked.

Donáth believes that following Völner, Justice Minister Judit Varga should also resign for allowing a corrupt state secretary to be responsible for the authorization of surveillance.

Opposition Jobbik drew a similar conclusion to the president of Momentum about the scandal. According to the right-wing party, it is particularly shocking that Völner is suspected to have received bribes from the very bailiffs whose actions have put tens of thousands of families on the streets in more than a decade-long governing of Fidesz.

The general public may also be interested to know what Judit Varga, “the Justice Minister, who likes to flee from the cameras,” knew about her colleague’s dealings. Following her deputy, Judit Varga should also immediately resign, Jobbik emphasized in a statement.

Péter Márki-Zay: In Hungary, the state does not monitor criminals, but a criminal monitors honest citizens

“There is no limit, they must steal, because they can only steal. And the money, as it turned out today, leads all the way to the government,” Márki-Zay wrote in a Facebook post.

“What has Viktor Orbán done to this country? Corruption in his government is being led from the Ministry of Justice, and the trails lead to the senior official who decides on the deployment of Pegasus spyware. So in our country, the state does not monitor criminals with the help of the tools of the secret services, but a criminal monitors honest citizens, journalists, and businessmen,” said Márki-Zay referring to the Pegasus case.

In addition to the opposition parties, some commented on the scandal from the government’s side as well.

Everyone is entitled to the presumption of innocence, deputy prime minister, Zsolt Semjén, emphasized when he was asked by Párbeszéd MP Bence Tordai on the Völner case in the corridor of the parliament.

According to the Christian Democrat (KDNP) deputy of PM Viktor Orbán, this case also proves that there are no double standards, “the prosecutor’s office is working, [Chief Prosecutor] Péter Polt is doing his job.” He also said that he got to know Völner to be a “very decent, excellent man” and could not imagine that the allegations are well-founded.

However, Zsolt Semjén did not give a clear answer as to whether Judit Varga, Pál Völner’s superior, should also leave her post after what happened. He only said that decisions concerning the government are made by the prime minister.

News site Magyar Hang asked the Ministry of Justice about the bribery charges. The ministry replied that “in Hungary, the law applies to everyone,” adding that “the prosecutor’s office is independent of the government, and as a public prosecutor is the exclusive enforcer of the state’s criminal claims.”