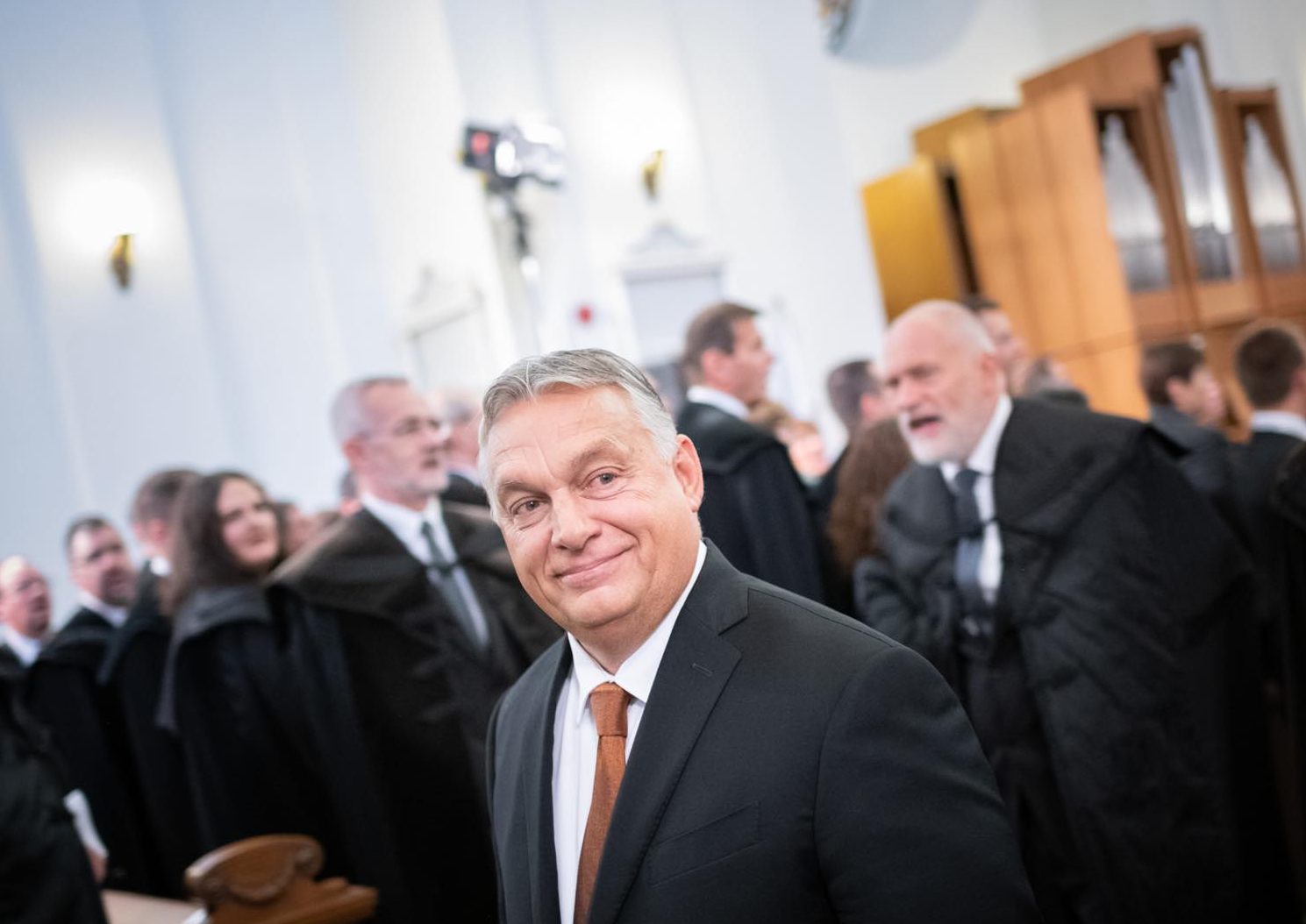 “Our difficulties are grave indeed, but whenever one runs out of strength, mercy always makes up for it,” Viktor Orbán stressed at an event in Budapest.

The accommodation was destroyed by fire in 2019, one person having died in the tragedy.

The Prime Minister stressed that wherever there is great need, help is within reach, and this was so also on the terrible day when they walked through the burnt-out corridors of the Ráday student accommodation facility and college. But already back then there was hope, because on the day after the tragedy, donations immediately started pouring in, and within just a few days, several million forints were collected for the refurbishment works and assistance for the resident students, Orbán recalled.

“There was no question that the state and the government would stand with the Hungarian Reformed Church when in trouble, as this is why it is a national government. This is more than a duty, more like repayment because we have received much from the college since it first opened its gates,” he explained.

According to Orbán, Hungary “has gained strength time and again to start again, to renew itself, to rebuild the country after destruction.”

We must endure the trials and “must navigate the country safely to the other side, holding onto each other and trusting in the Lord, at all times paying attention not to the current, but to the shore,” the Prime Minister said. Among the present-day trials, he mentioned the war, famine, and pandemics.

Orbán stressed that “we must stand up and fight for our truth, equally as individuals and as a nation.” Today, our difficulties are grave indeed, but whenever one runs out of strength, “mercy always makes up for it,” he pointed out.

“No matter how dark the clouds are, no matter how high the waves rise and no matter how unconquerable the obstacles appear, we must only heed the words of the Psalms: Have faith!”, Orbán concluded.