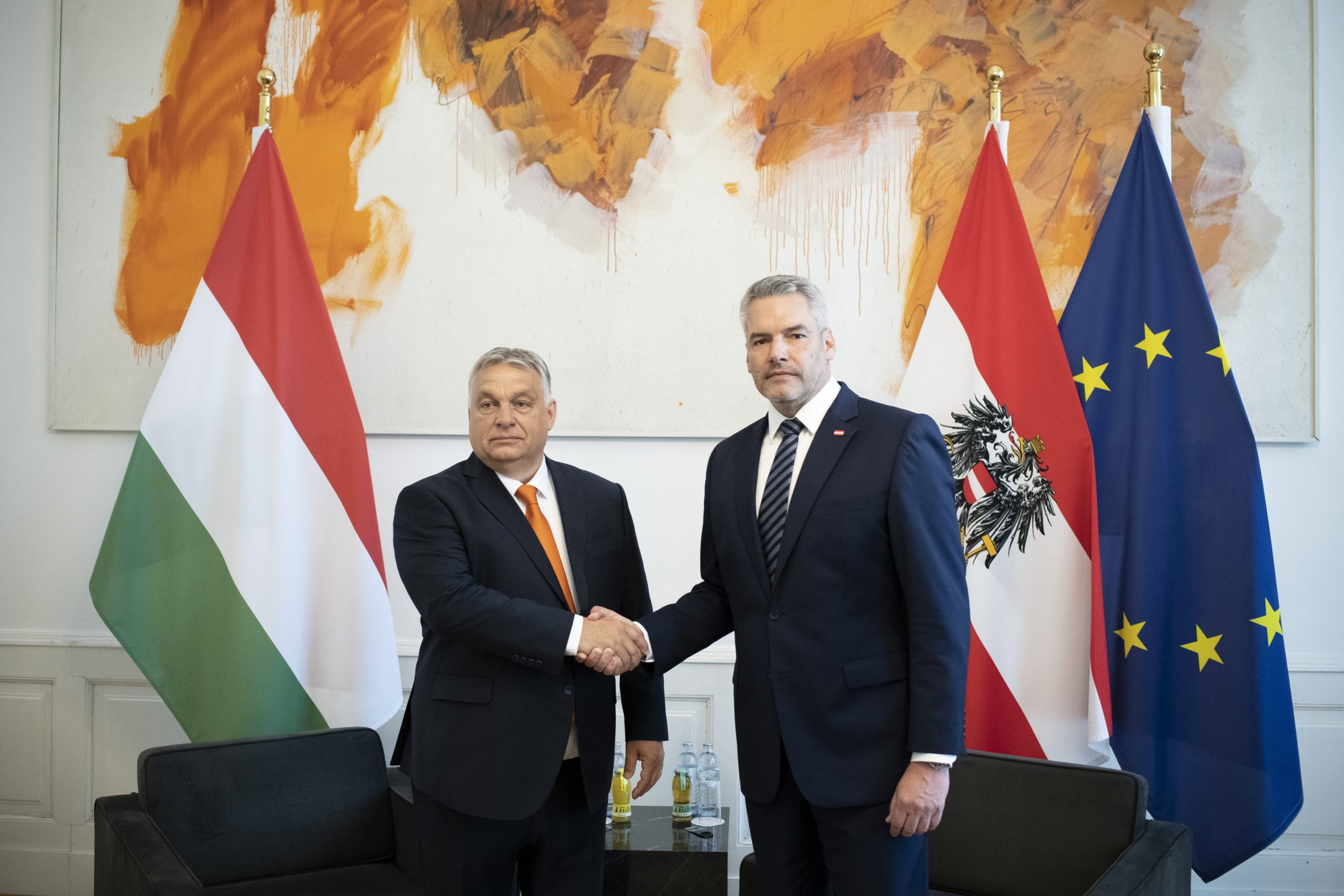 Viktor Orbán called himself an “anti-immigration” politician in Vienna and stressed that this should be understood in a cultural and civilizational context, not a biological one.

Nehammer stressed at their joint press conference that the deep Austrian-Hungarian friendship makes it possible for them to speak frankly and as equals, even on issues on which they disagree. One of these, he said, is the issue of nuclear energy, and another is the Hungarian Prime Minister’s speech at the Tusványos summer university last weekend. The chancellor stressed that he rejects all forms of racism and any relativization of it. He added that Austria had a particular responsibility in this respect.

He also highlighted the importance of cooperation to tackle illegal immigration and accepted Viktor Orbán’s proposal to hold a Serbian-Hungarian-Austrian conference.

Over the past few days, Austrian left-liberal media outlets and politicians have put enormous pressure on the chancellor to denounce Orbán’s remarks.

Orbán stressed that he fully agreed with Nehammer on the issue of racism, recalling Hungary’s achievements and the government’s zero tolerance policy. He noted that sometimes he might make ambiguous remarks, but it was certainly not a biological approach when he spoke of a “mixed race” in Tusványos, but it should be understood only in a cultural and civilizational context.

The Hungarian Prime Minister underscored that his position is clear, he is an anti-immigration politician who does not want his homeland to become an “immigrant country.” Once again, he stressed that it is still not a question of race, but of culture and civilization. Orbán pointed out that it is in Austria’s interest too that Hungary protects its Southern border.

According to Orbán, the European Union must change its failed strategy regarding the war in Ukraine. Without peace, he stressed, no problems can be solved and the EU will be plunged into a war economy amidst political instability.

Asked about the European Commission’s plan to cut gas consumption, the Hungarian PM said that Hungary respects European unity, so it takes note of the unfavorable decision and will try to implement it with as little damage as possible. He added that the proposal in itself was a warning sign.

In response to a journalist’s question on the war and sanctions, Orbán stressed that it is not the Member States that are “following” European unity, but they themselves that are creating it. “We are Europe. The EU is not in Brussels, but in Vienna, Budapest, Warsaw, Berlin, and Madrid. Brussels is not our boss,” he explained.

He recalled that Hungary has so far been able to reach an agreement on all sanctions issues, but “we have come up against a wall, and this wall is called the gas embargo.” Nehammer stressed that Austria does not support the proposal either.