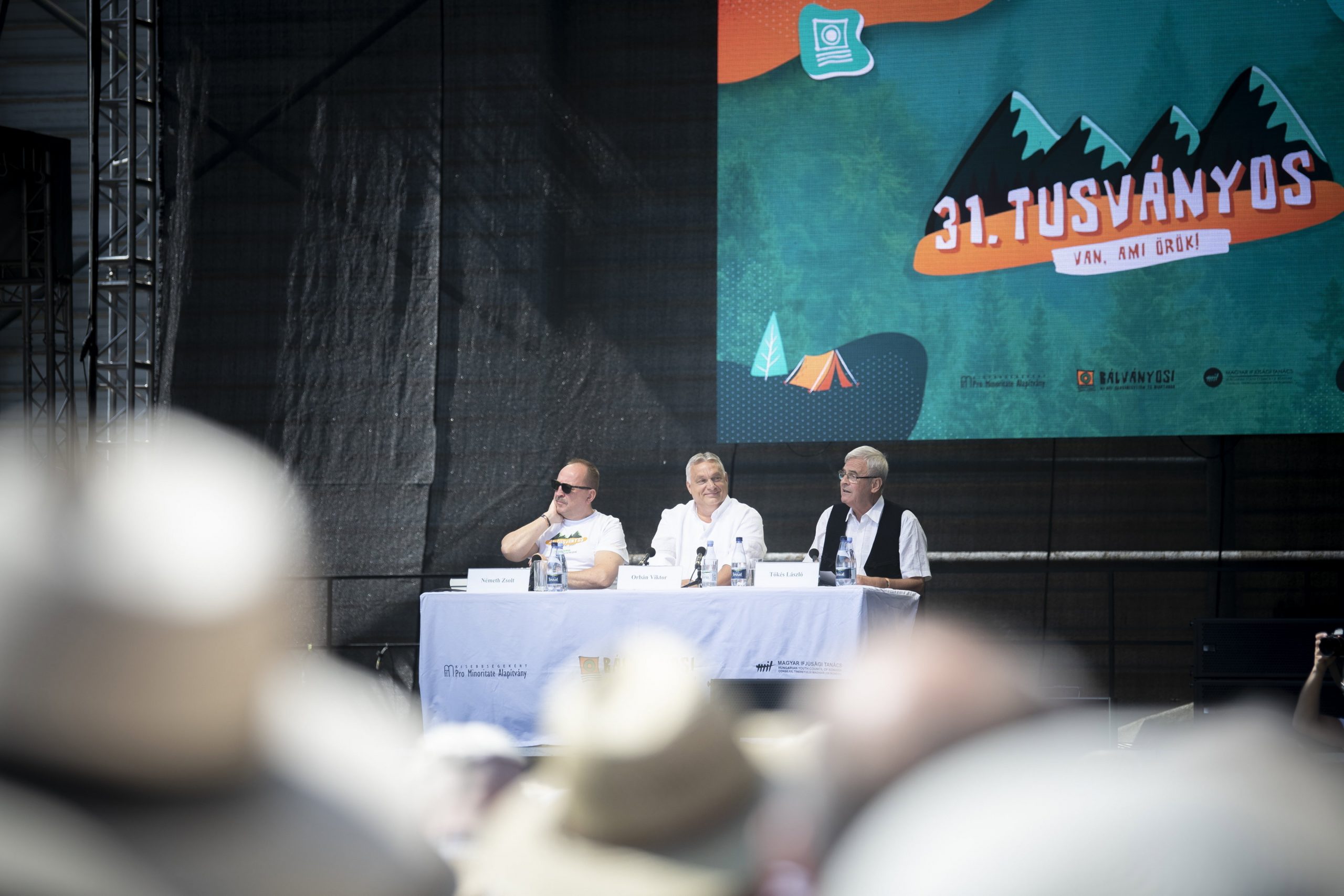 Viktor Orbán’s choice of words at the Tusványos Summer University was ill-considered, but it highlighted a real problem, Danube Institute leaders said.

“I think it was ill-considered. I would never use such language. That language did not reflect the policy he has been pursuing for years,” Danube Institute President John O’Sullivan told Mandiner in response to Orbán’s speech at Tusványos Summer University.

In his speech, the Prime Minister said: “In the Carpathian Basin we are not mixed-race: we are simply a mixture of peoples living in our own European homeland. And, given a favorable alignment of stars and a following wind, these peoples merge together in a kind of Hungaro-Pannonian sauce, creating their own new European culture. This is why we have always fought: we are willing to mix with one another, but we do not want to become peoples of mixed-race.”

John O’Sullivan stressed that the problem Orbán wanted to highlight is real. “There is a religious, ethnic, social tension in Western European countries because of the masses of immigrants,” he explained.

István Kiss, executive director of the think tank, said it was “regrettable that this use of words has detracted attention away from the content of the speech.”

There is no way that the prime minister would have made a racist remark, it would not be consistent with his policies, nor with the Hungarian national identity, which understands Hungarianness in cultural, not ethnic terms,”

he explained. “The speech was not about race either, but about culture, that is, that our culture is a culture with Judeo-Christian roots, and we want to preserve it,” he added.

“Orbán’s speech was, I think, a realistic, practical, factual presentation, listing the realities on the ground and setting the goal of politics as facing those realities and offering solutions,” said O’Sullivan. “So the solution is to restore the powers and authority of the Member States to find real solutions for themselves,” he added.

According to Kiss: “…if the trends do not change and migration continues, but assimilation is inefficient, i.e. immigrants do not learn the local language, do not adapt to the local culture, Orbán is right: it will be a post-Western society.”

Danube Institute leaders were also asked about Orbán’s speech at the CPAC conference in Dallas on August 4th. Kiss emphasized that this is significant because the Hungarian position could reach millions of people.

According to O’Sullivan, conservatism is the only answer to the challenges of our time, “because so many other solutions have been tried and failed.” Kiss argued that conservatism can also be a good answer because it is not ideological. “It’s a pragmatic view of the world, based on common sense,” he explained.