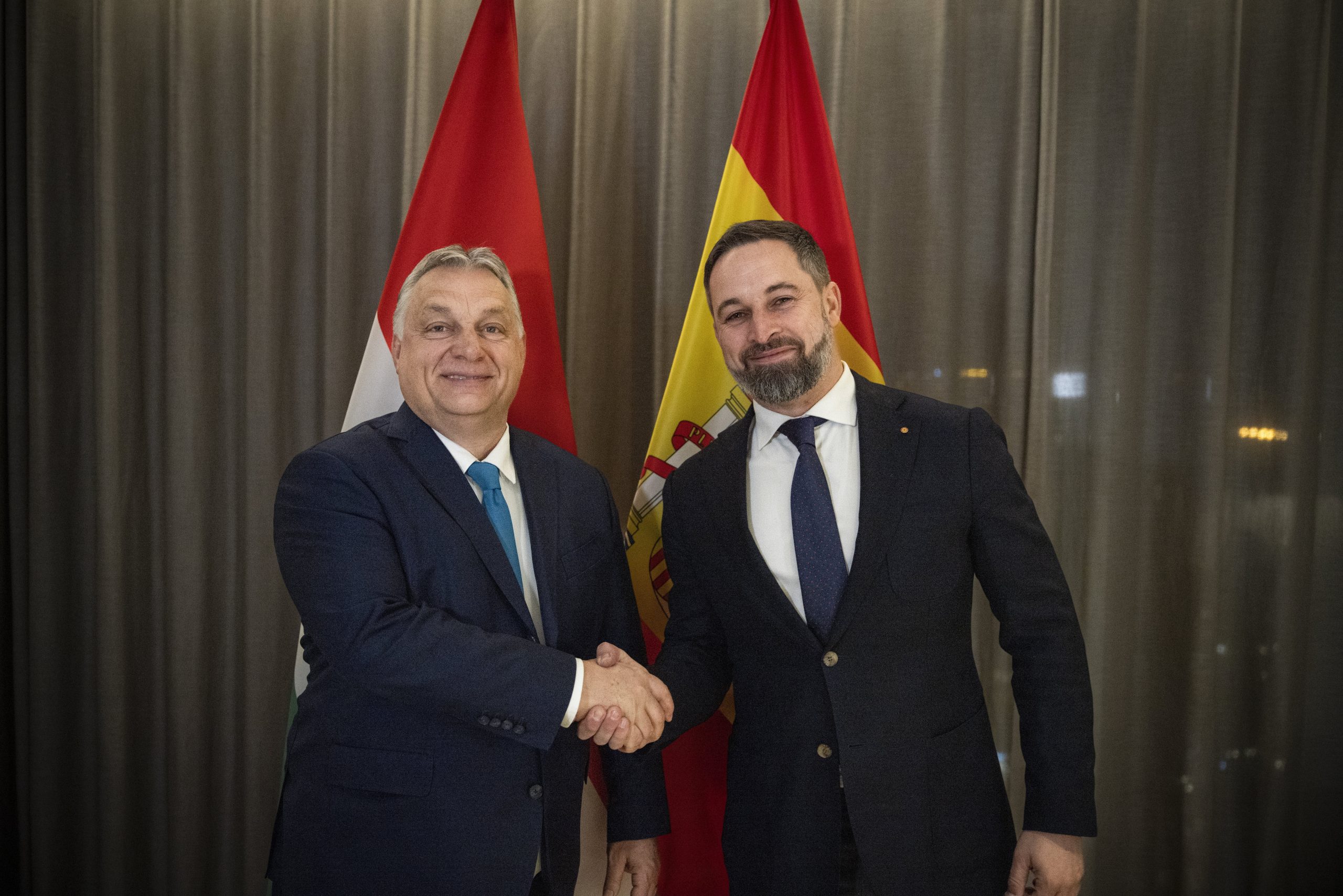 Prime Minister Viktor Orbán held talks with the leader of the right-wing VOX party in Madrid on Friday evening, his press chief said.

Orbán’s talks with Santiago Abascal focused on protection for European Christian and conservative values, assistance for families and promotion of child birth, as well as efforts against illegal migration, Bertalan Havasi said.

The prime minister is attending a plenary of European conservative party leaders. He will also travel to Paris where he is scheduled to meet former French President Nicolas Sarkozy for talks.