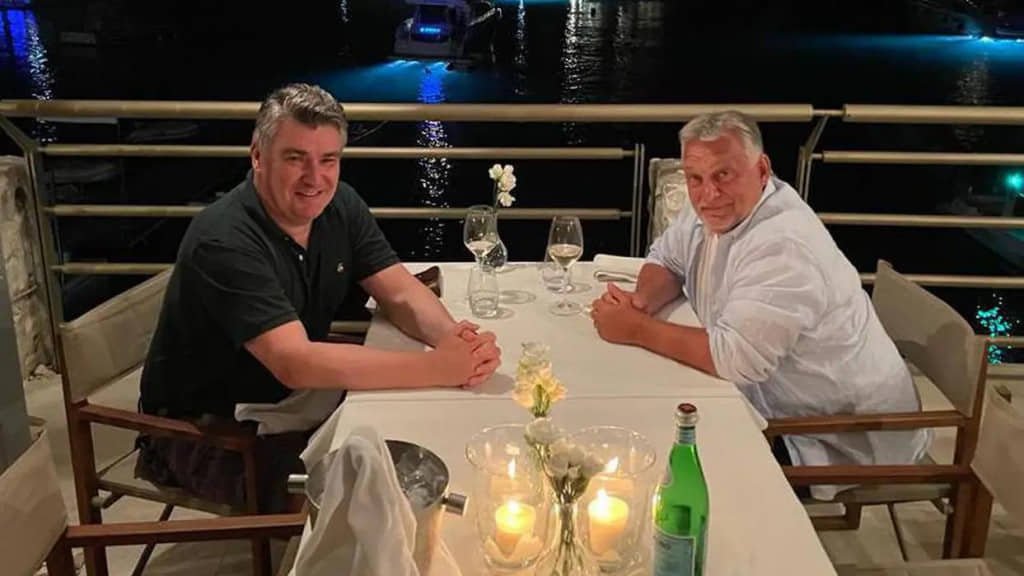 Hungarian Prime Minister Viktor Orbán and Croatian President Zoran Milanovic  dined together at a restaurant on the Croatian island of Pakleni, not far from the town of Hvar, last Friday evening, 24sata reported.

The two politicians were photographed by a reader of the Croatian news outlet.

According to the Croatian newspaper Jutarnji List, Milanovic, who was on holiday in Hvar, found out that Orbán was also on holiday nearby and invited him to dinner.

The Prime Minister is on his annual summer vacation in neighboring Croatia.Continue reading

The social democrat Milanovic and center-right conservative Orbán took very different positions on immigration in 2015, had different approaches to the handling of the coronavirus outbreak, but both have separate, “non-mainstream” positions on the Ukraine war, as the Gemist newsletter noted on Facebook.

During the 2015/16 migration crisis, there were sharp exchanges between Croatian and Hungarian leaders, with Milanovic calling Hungary “the appendix of Europe” over the construction of a border fence. Foreign Minister Péter Szijjártó called the Croatian president’s comments “unworthy of Europe.”

According to Croatian news portal index.hr, the two leaders have recently found a common ground in what some would regard as “mild-mannered messages” about Russian President Vladimir Putin, even though both have condemned the war in Ukraine.