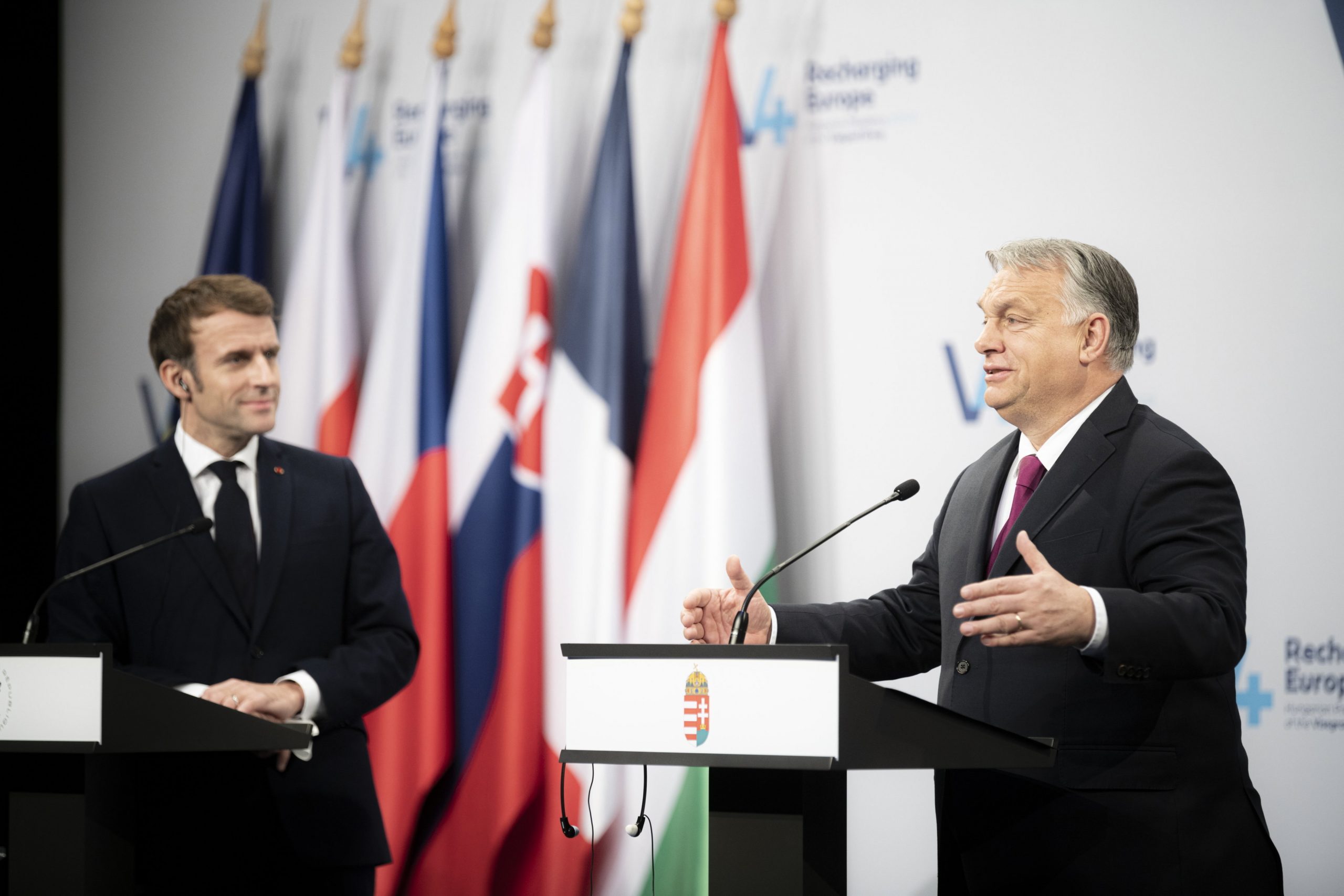 Orbán told a press conference he held jointly with his V4 counterparts and Macron that the French president had laid out plans and goals for France’s upcoming European Union presidency.

Apart from the “passionate” discussions on the issue and the rule of law and the “thorough and exhaustive” talks on migration, the five leaders also discussed the situation in the Western Balkans and the issue of energy — nuclear power, in particular — as well as the future of the EU’s emissions trading system, Orbán added.

The prime minister said it was a “rare opportunity” for the five of them to be able to “speak openly about such important issues”. Orbán thanked Macron on behalf of the V4 for his openness and future-mindedness, and for having given the central European grouping the chance to think ahead about the most important goals of the French EU presidency. 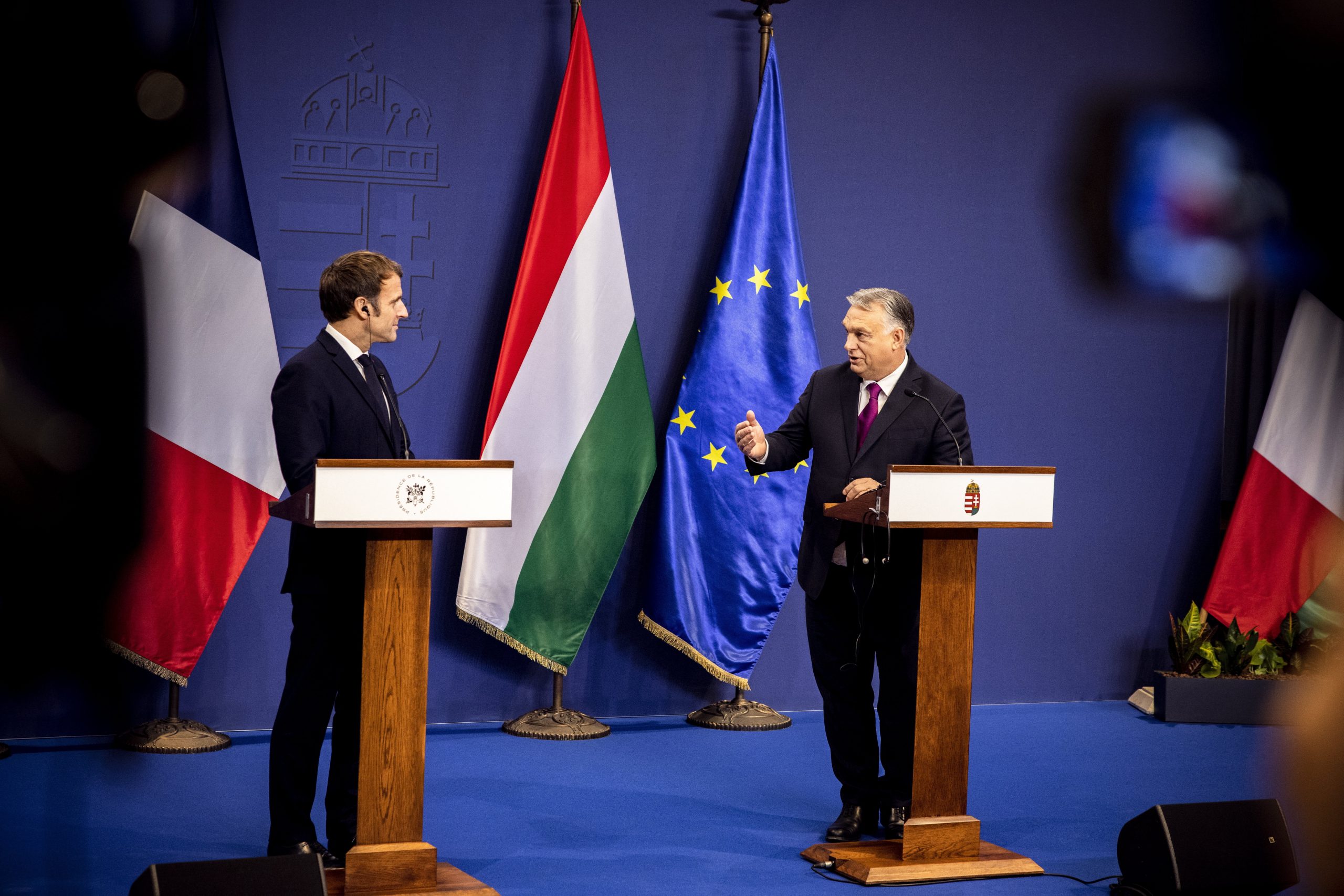 "We are in agreement when it comes to patriotism, strengthening Europe and [Europe's] strategic autonomy," Orbán and Macron said in a joint press release issued before a meeting with the V4.Continue reading

In response to a question, the prime minister said he and Macron often had “sharp debates” which he said he enjoyed. A debate is only bad if there is no “quality” to it, Orbán said, adding that in future, too, he looked forward to having “quality debates” with the French president.

Orbán said this meant that Hungary would always give the president of France the respect he deserved, partly because of who he is and partly because the French president “is highly valued in Hungary”. This is why, he said, he showed Macron and France respect by not giving his opinion on French domestic politics. 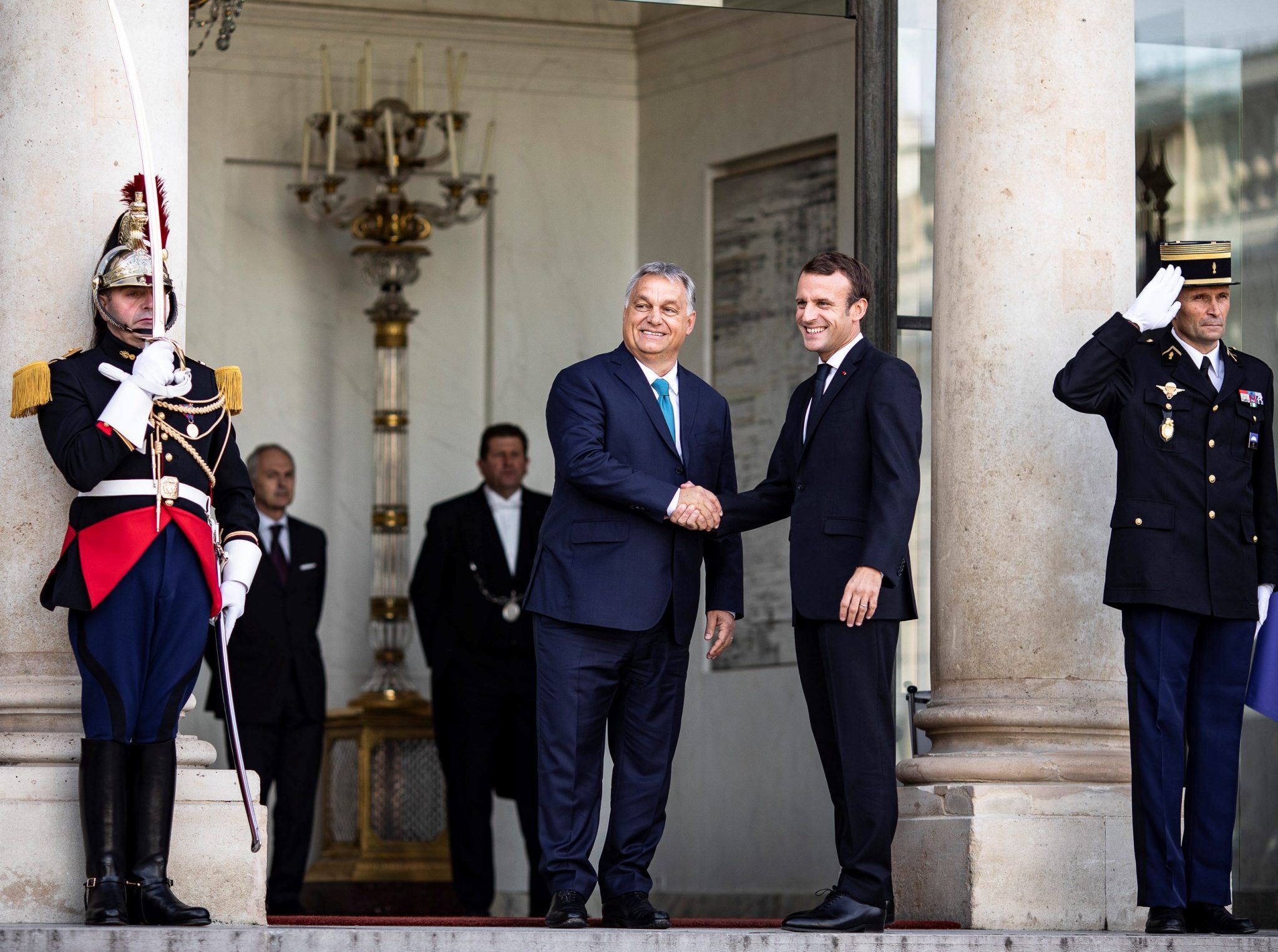 Hungarian Prime Minister Viktor Orbán called for unity and cooperation between the eastern and western member states of the European Union ahead of a working lunch with French President Emmanuel Macron in Paris on Friday. At a joint press conference with Macron in the garden of the Elysee Palace, Orbán said Hungary and France were […]Continue reading

In response to a question, Orbán said Hungary’s economic performance and financial situation were assessed by the market. The euro zone, he said, was a “lukewarm and nice place” where the order of things was determined by the bloc’s Stability and Growth Pact. “But the market is cold and cruel,” he added. “That’s where we have to hold our own.”

Hungary “is in good shape so far”, he said, adding, at the same time, that the government needed to keep an eye on the budget deficit.

Orbán also said the EU’s payouts of the pandemic recovery monies Hungary was entitled to were delayed for “political reasons”. He said it was “completely unacceptable” on the part of the European Commission to expect Hungary to amend its law on family rights and education.

“We’re the victims of political blackmail”, Orbán said, adding that Hungary’s economy would survive without the funding for a long while yet, and all the relevant projects were underway thanks to state pre-financing.

He said neither the economy nor Hungarians had suffered as a result of “Brussels’ blackmail”.

The prime minister said Hungary had been alone in deciding to put up a physical barrier to protect the border and Europe as a whole, but had been on the receiving end of “the harshest attacks” from “Brussels and several European capitals” for its efforts.

The government, he said, had not taken offense or complained, knowing that it was protecting Europe as well as the country.

But now Hungary’s standpoint had changed, he said, adding that several countries would have to spend serious money to defend themselves and the Schengen border. “It’s high time the European Union showed some solidarity,” he said.

Orbán said Hungary had supported other EU member states, but Brussels had not reciprocated. He underlined Hungary’s demand that at least half of the costs of protecting Europe that Hungarian taxpayers borne should be picked up by the EU. 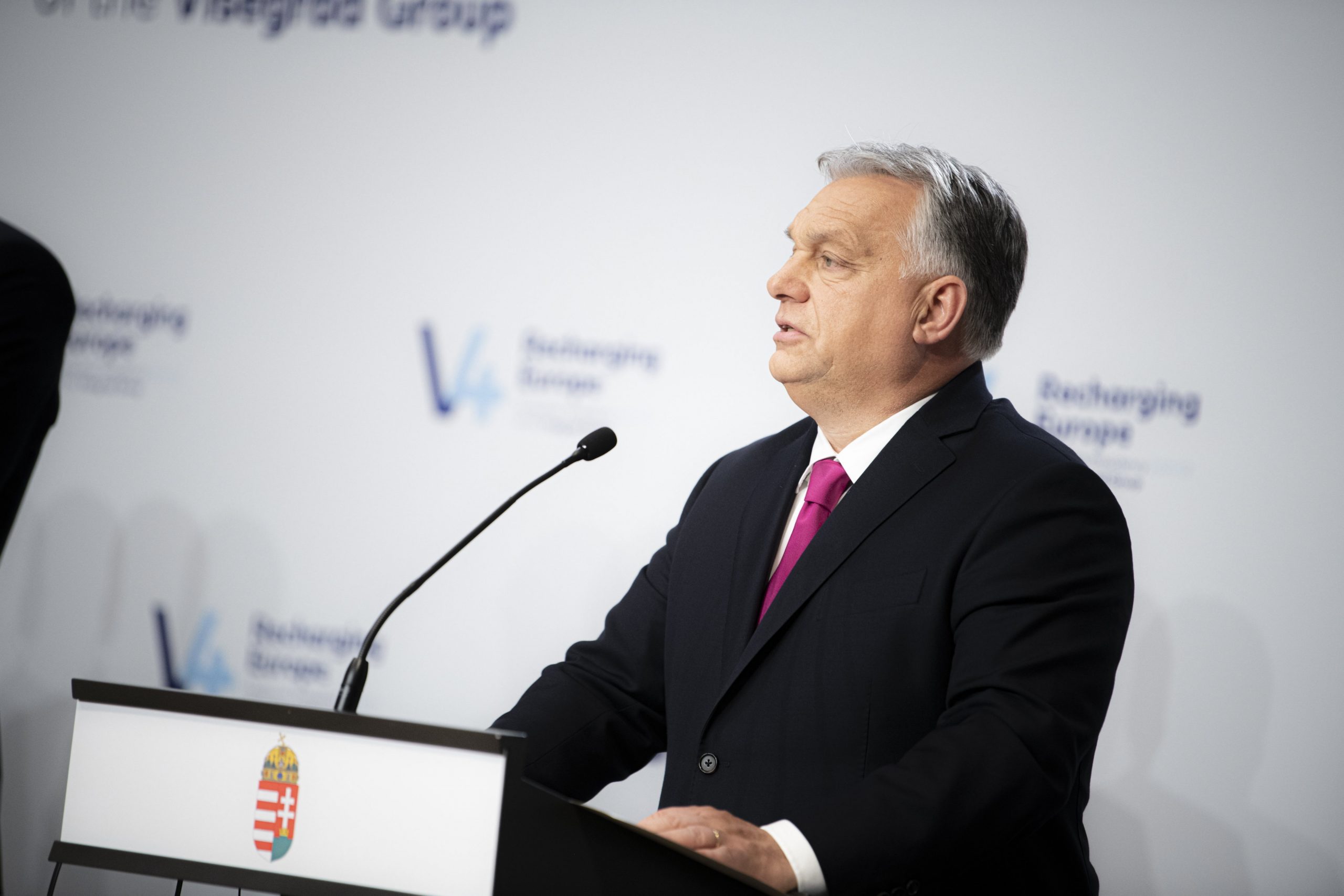 Macron said he had assured the V4 leaders of France’s good intentions when it came to the issue of the rule of law. The president said he was aware that the rule of law was a “sensitive issue”, adding, however, that it was “vital” for Europe. Concerning migration, Macron underscored the need to protect the bloc’s external borders. As regards France’s EU presidency, he said the rules of the Schengen zone required substantial reform.

On the topic of energy, he said energy efficiency and the use of renewable resources were a strategic matter for everyone, adding that nuclear power should not be treated as a transitional resource.

Asked about his talks with Hungary’s opposition figures, Macron said he never campaigned outside his country’s borders. He said he would not comment on the Hungarian election, just as he did not about other EU countries’ elections. 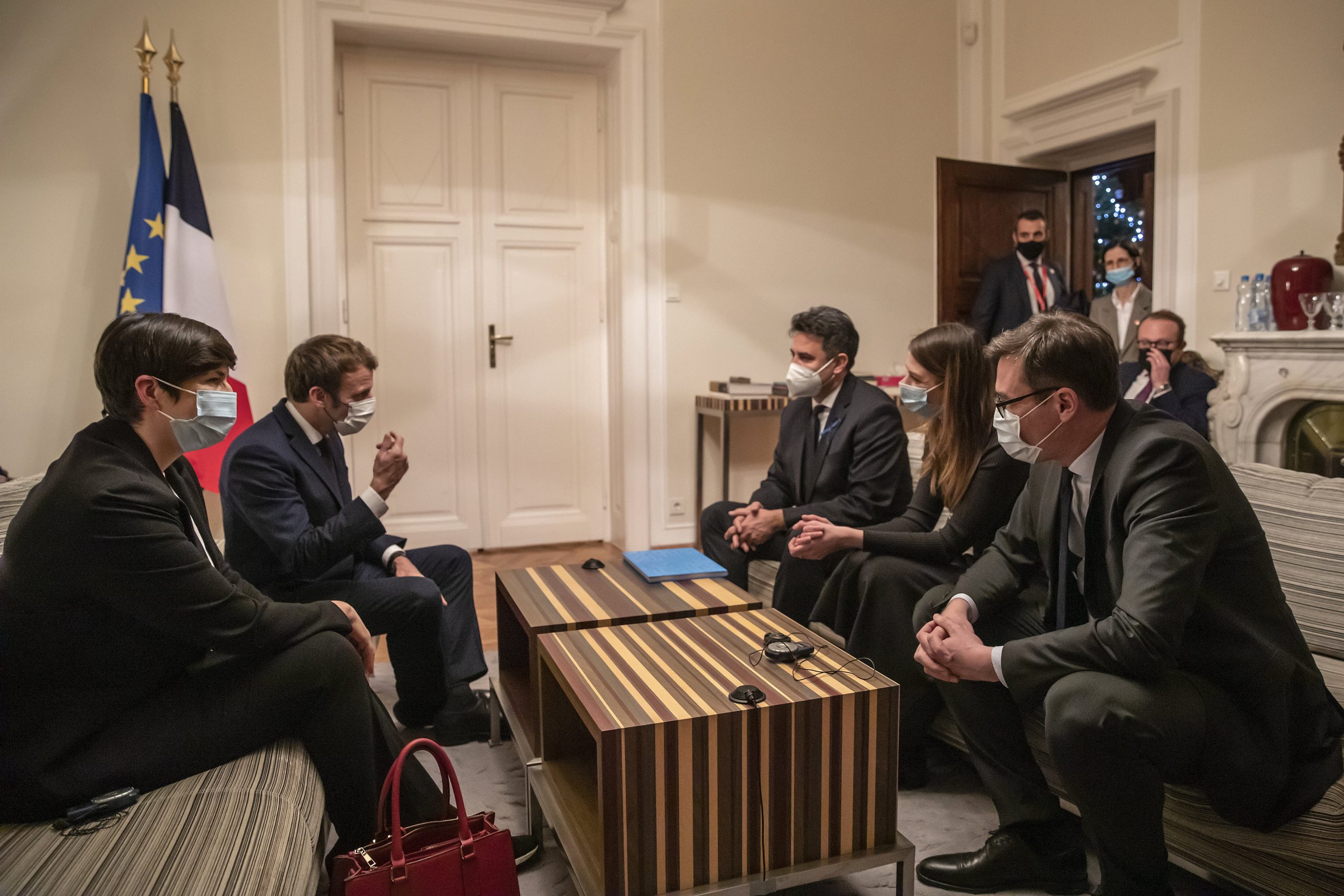 They also accused PM Orbán of reducing Hungary to a zone of Russian and Chinese influence.Continue reading

Slovak Prime Minister Eduard Heger said the cooperation among the V4 countries also had a positive impact on the progress of the EU. The V4 are working to ensure that no one is given leniency when it comes to the reduction of CO2 emissions, he said.

Outgoing Czech Prime Minister Andrej Babis underlined the need for the EU to classify investments in natural gas and nuclear energy as risk-free.

Polish Prime Minister Mateusz Morawiecki said the European Commission should address the “manipulation” of gas prices in the bloc. He said the manipulation of CO2 emission quotas also affected inflation, and called for changes to be made to the emissions trading system.