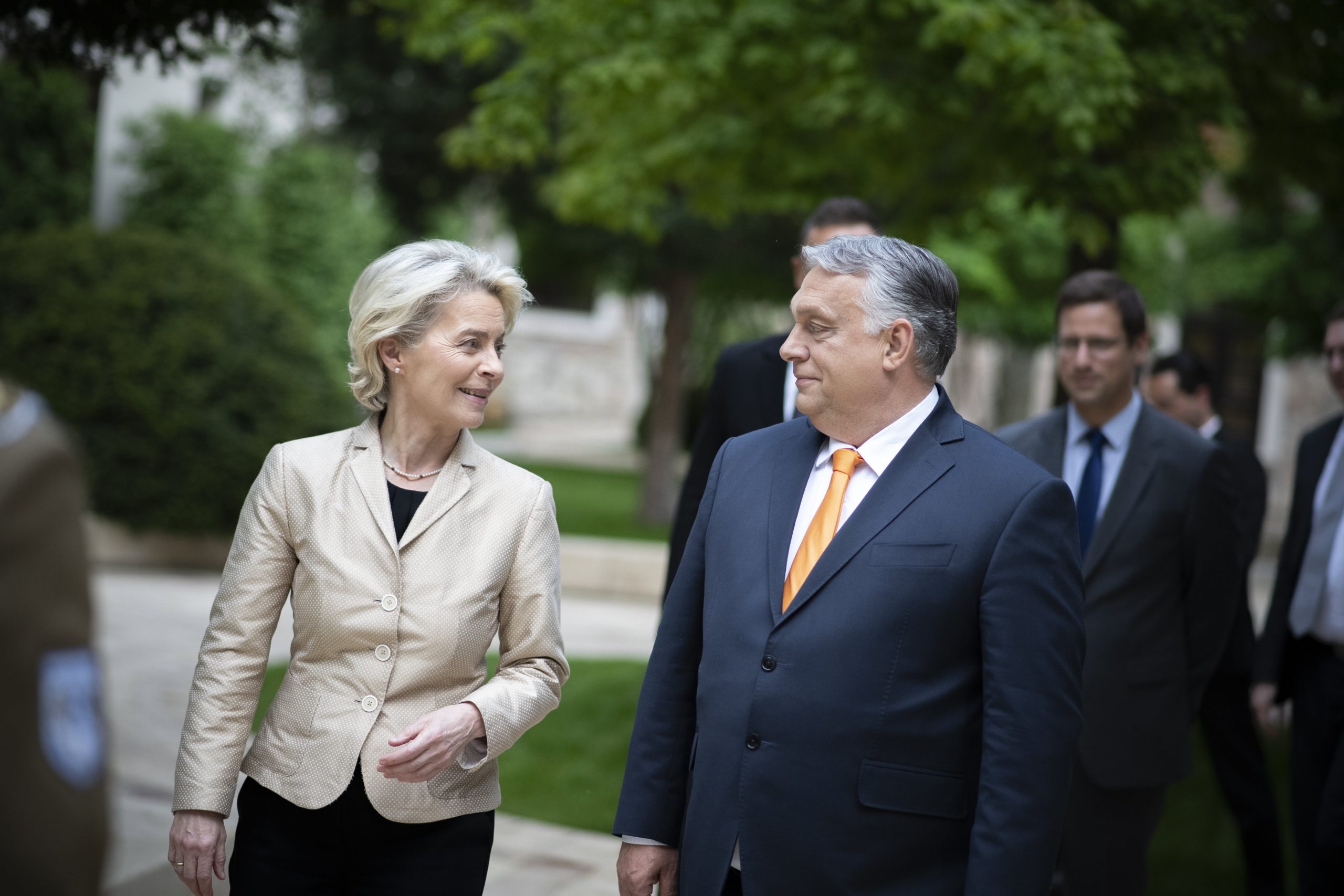 Ursula von der Leyen, President of the European Commission, reported in a Twitter post that she arrived in Hungary on Monday evening and held talks with Viktor Orbán. Although the Comission President said that progress had been made, the discussion between the two politicians ended without reaching a deal. Foreign Minister Péter Szijjártó and Justice Minister Judit Varga also posted about the meeting on their Facebook pages.

This evening’s discussion with PM Viktor Orban was helpful to clarify issues related to sanctions and energy security.

We made progress, but further work is needed. I will convene a VC with regional players to strengthen regional cooperation on oil infrastructure.

Foreign Minister Péter Szijjártó also said that talks between Hungarian government officials and the president of the European Commission on the latest EU package of sanctions against Russia on Monday yielded some progress.

However, the statements made by the negotiating parties clearly shows that the EC President’s visit failed to create a breakthrough on the differences between Brussels and Hungary over the planned EU-wide sanctions on Russian oil.

Von der Leyen announced the sixth package of EU sanctions against Russia last Wednesday. It includes a complete ban on Russian oil imports within six months and requires the unanimous support of the 27 EU countries. However, the Hungarian and Slovakian governments were quick to indicate that they would not support the sanctions in this form, Telex reports.

Szijjártó also posted photos of the meeting, on which he, Prime Minister Viktor Orbán, and head of the Prime Minister’s Office, Gergely Gulyás, can be seen with the EC President.

As we have reported, Szijjártó said that “We cannot allow the Hungarian people to be made to pay the price of this war.”

Hungary’s energy supply “rests on stable foundations” at present, Szijjártó said, adding that the implementation of the new sanctions package would destroy the country’s energy security, as it would make it “impossible” for Hungary to get the crude oil necessary for the economy to function.

Hungarian government officials briefed the EC president in detail on the impacts the country is experiencing as well as the problems the new sanctions package would cause Hungary, and asked for the package to be reconsidered, he said.

Until the EC offers a solution to these problems, Hungary cannot support the sanctions package because in its current form it is equivalent to “dropping a nuclear bomb on the Hungarian economy,” Szijjártó said. According to Telex, this is also what the Prime Minister said on Kossuth Radio. Orbán said that Hungary would not vote for the sanctions. At the time, he also criticized von der Leyen by name, saying that with the proposal, the European Commission president had “wittingly or unwittingly attacked the European unity that was so hard to create.”

However, Péter Szijjártó added that more discussions were needed in order for Hungary to change its stance.Continue reading

According to Reuters, the two countries would be exempt from the oil embargo until the end of 2023. However, Szijjártó said last Wednesday that even if the deadline is extended, the Hungarian government will not accept the punitive measures.

Justice Minister Judit Varga also took to social media to write about the oil embargo. She started by writing “Winter is coming!” She shared a study by one of Germany’s leading economic research institutes, according to which Germany, and thereby Europe, would face difficult times if the latest package of sanctions of Brussels were to be adopted.

A pro-government pundit, as well as his alt-left counterpart, agree that the EU’s proposed embargo on Russian oil would harm the EU more than Russia, and is unlikely to stop the war.Continue reading