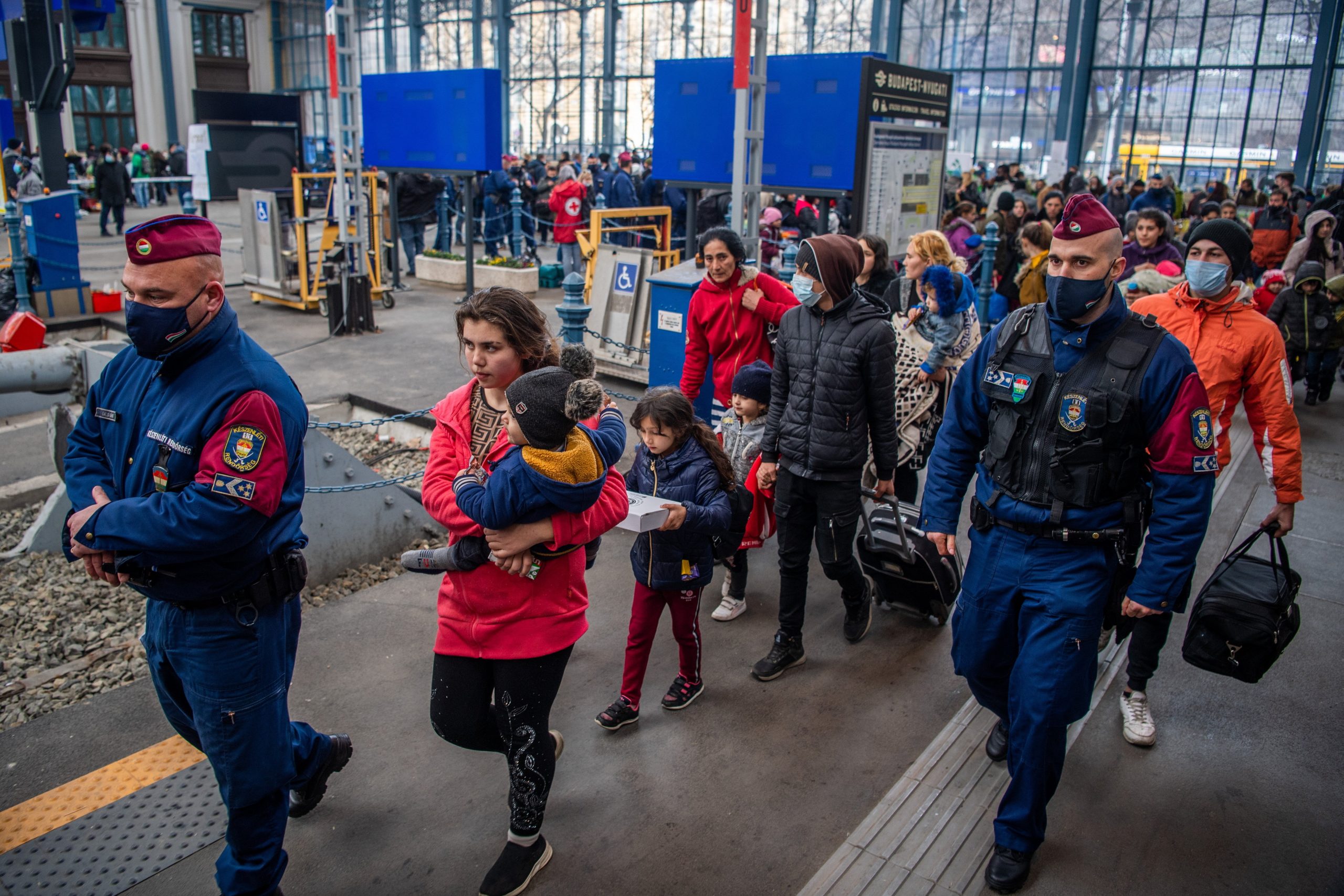 A pro-government commentator contrasts the tens of thousands of ‘white and Christian genuine refugees’ from Ukraine, with those he calls illegal migrants coming from distant countries. A left-wing columnist finds such distinctions racist.

Background information: In the first four days of Russia’s invasion, more than 85,000 individuals crossed the Ukrainian border into Hungary. There are as yet no reliable figures on how many stayed, and how many proceeded to other European countries. The Hungarian government opened additional border crossings and, in coordination with local councils, migrant aid organizations, and churches, as well as some individuals who arrived with soup vans, offers food and temporary accommodation for anyone fleeing Ukraine, regardless of their nationalities.

Magyar Nemzet’s György Pilhál contrasts the ‘real refugees’ from Ukraine with migrants who cross illegally and come from distant countries. The latter, he claims, mostly young men, often travel back to their countries of origin from Germany on vacation, while enjoying refugee status. The flood of refugees from Ukraine, by contrast, the pro-government commentator writes, consists of only women, children, and elderly people, while men stay at home. As they come from a neighboring country, Hungary has the obligation to offer them asylum. Pilhál finds it sad that NGOs who help migrants coming from distant countries do not seem to bother much about ‘white Christians’ coming from Ukraine.