According to a report by the Hungarian language Ukrainian newsportal Kárpáti Igaz Szó, on July 16, a new article of the controversial Ukrainian language law had entered into force, which increases the presence of Ukrainian language in everyday life and confirms the status of the state language.

“On 16 July 2022, a new important stage of the implementation of the provisions of the Language Law will begin, which will increase the presence of the Ukrainian language in public life and confirm its status. As of today, the second and sixth parts of Article 27 of the Language Law, which regulates the use of the state language on the Internet and the language settings of computer programs installed on products, will come into force,” the Office of the State Language Commissioner reported.

In addition, the language ombudsman can now impose fines on officials of state bodies and municipalities, managers and employees of companies and institutions, as well as other natural persons who violate the language law. The fines can range from 3,400 to 8,500 hryvnias, and in the case of repeated infringements, between 8,500 and 11,900 hryvnia (cc. 400 EUR) may be imposed. State Linguistic Protection Commissioner Taras Kremin stressed that in wartime, non-compliance with the language law “plays into the hands of the enemy”.

“Our priority is to create the conditions necessary for the learning and development of the language, to monitor its use, and to protect citizens’ right to public information and services. By strengthening the Ukrainian language, we are defending our independence. By communicating in the mother tongue, we bring the Ukrainian victory closer,” said the Ombudsman.

The irony of the law is that those against whom this legislation has been primarily targeted, Russian speakers, are in most cases no longer under the legislative control of the Ukrainian authorities due to large parts of the Russian-speaking regions of the country being occupied by the Kremlin’s forces.

Instead, the two other larger national minorities, Hungarians and Poles will bear the brunt of the new law. Currently minorities in Ukraine are not allowed to use their native-languages in official use, and there few exceptions that exist for liturgical, educational or press usage of their languages.

Hungary’s prime minister has offered his government’s help to the head of the Transcarpathian Hungarian Cultural Association (KMKSZ) after Tuesday’s attack on the organisation’s headquarters in Uzhhorod, in western Ukraine.  In a video posted on his Facebook page, Viktor Orbán reassured László Brenzovics, who is the president of the association, that Transcarpathia’s Hungarians can count […]Continue reading

Despite Kiev’s ambitions of joining the European Union, their language laws are wholly incompatible with European minority right, something that the Venice Commission has pointed out the Ukrainian government, to no avail. While the Polish government remain unconcerned about the cultural rights of Poles in Ukraine, the relationship between Kiev and Budapest had soured in past years because of the violation of the Hungarian minority’s right in the Western Sub-Carpathian region to use their native language. 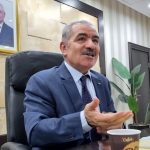 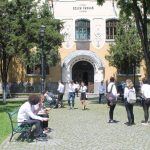