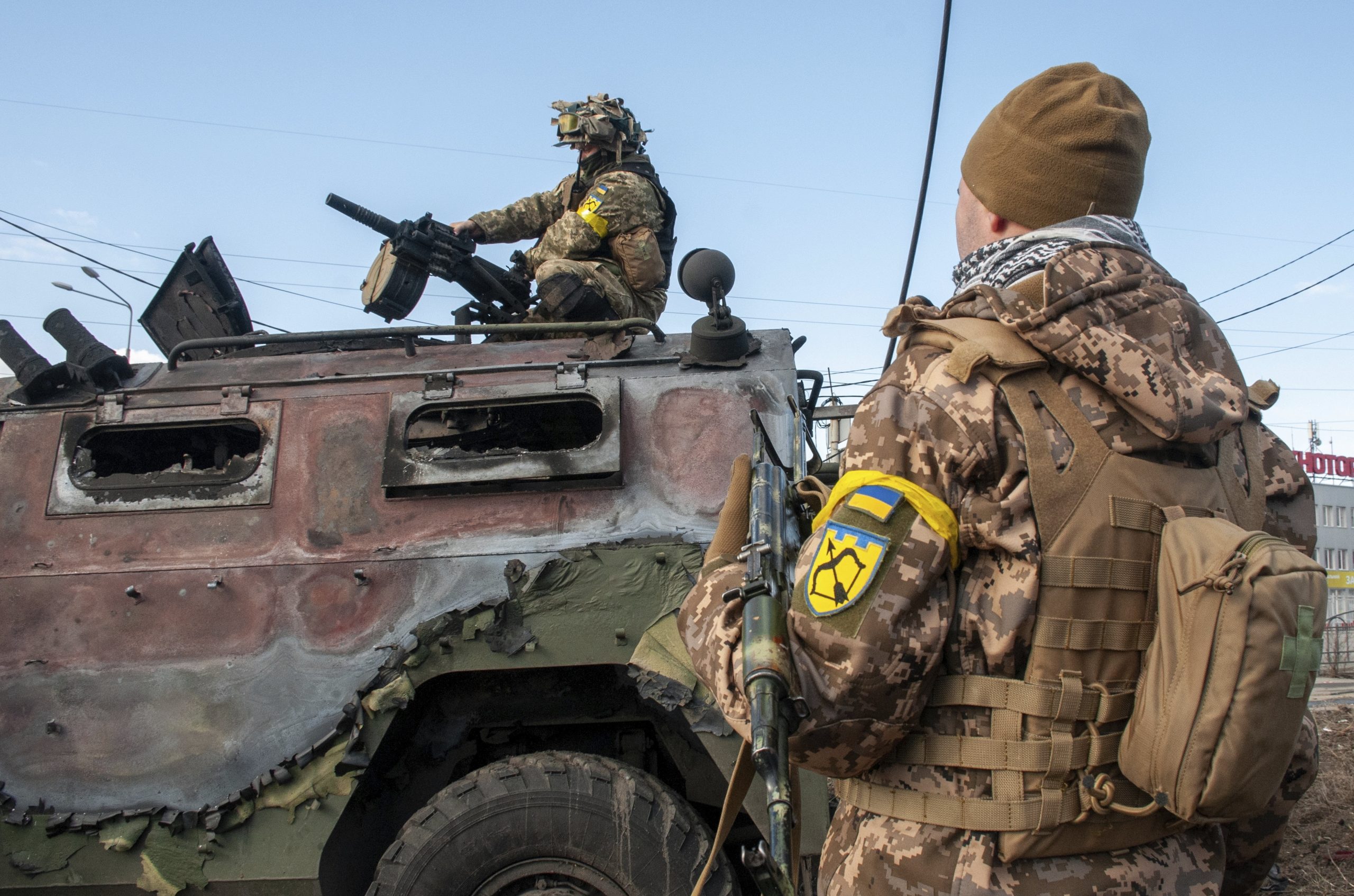 Following the call of Volodymyr Zelenskyy, a large number of people arrived at the Ukrainian Embassy in London to join the fighting, reports the Daily Mail. The British tabloid interviewed several volunteer fighters, including a Hungarian. More than a thousand foreign volunteers are said to be in Ukraine to fight. Ukrainian President Volodymyr Zelensky signed a decree Tuesday allowing foreigners to enter the country without visas.

“Foreigners who are ready to defend Ukraine and the world order as a part of the International Legion in defense of the Ukrainian territory, I invite to contact the diplomatic missions of Ukraine in their respective countries,” called the Foreign Minister of Ukraine to the whole world right after the outbreak of the war. A few days later, Kuleba said:

“Volunteers have already arrived in Ukraine from 16 countries around the world. Their number has already exceeded more than 1,000 people,” said the Ukrainian Foreign Minister as recently as Wednesday. Although the data could not be independently verified so far, it is certain that many foreign volunteers want to go to Ukraine to fight for the country’s freedom.

Foreigners willing to defend Ukraine and world order as part of the International Legion of Territorial Defense of Ukraine, I invite you to contact foreign diplomatic missions of Ukraine in your respective countries. Together we defeated Hitler, and we will defeat Putin, too.

Ukrainian President Volodymyr Zelensky had signed a decree on Tuesday allowing foreigners visa-free entry if they want to join the “International Legion.” Russians are excluded from this offer.

Particularly, many volunteers are said to come from the Baltic states and Georgia, reports the Austrian paper, Der Standard. There are also Swedish, Finnish, and Norwegian volunteers among the international fighters. Meanwhile, reports that the French Foreign Legion was releasing fighters for deployment in Ukraine turned out to be untrue. On Twitter, the French army reiterated that troops of the Foreign Legion are solely in the service of France.

Numerous people arrived at the Ukrainian Embassy in London to join the fighting in the country, reports The Daily Mail. The British tabloid interviewed several of them, including a Hungarian named Ákos “Horvádh,” whose last name was probably misspelled. (The Hungarian name should be spelled “Horváth”).

The 28-year-old man told the newspaper that he was afraid to tell his parents, but that he wanted to go to Ukraine to fight the Russians.

I am Hungarian. Ukraine is my neighbor. I cannot bear what is happening there,”

said the man, believing that fighters are needed in the country above all and that he has some experience and knows how to handle weapons.

I know that if I go there, I could die. But this is war. I know I might die or lose a body part, but someone has to go,”

he said about why he wanted to join the fighting.

However, British Prime Minister Boris Johnson warns against volunteer fighters. Participation in the conflict could violate British law and even lead to charges of terrorism.

Head of Prime Minister’s office: “If someone from Hungary wants to participate in the defense of Ukraine, this would be an illegal recruitment”

Index asked the head of the Prime Minister’s Office, Gergely Gulyás, at his press conference on Thursday about the position of the Hungarian government, whether it would support, reject, or ignore the fact if demobilized Hungarian soldiers, veterans and volunteers want to volunteer in the defense of Ukraine?

Gulyás pointed out that this is regulated by the Criminal Code and is considered illegal recruitment.

In the featured photo illustration: Ukrainian soldiers in Kharkiv. Photo by MTI/AP/Marienko Andrew