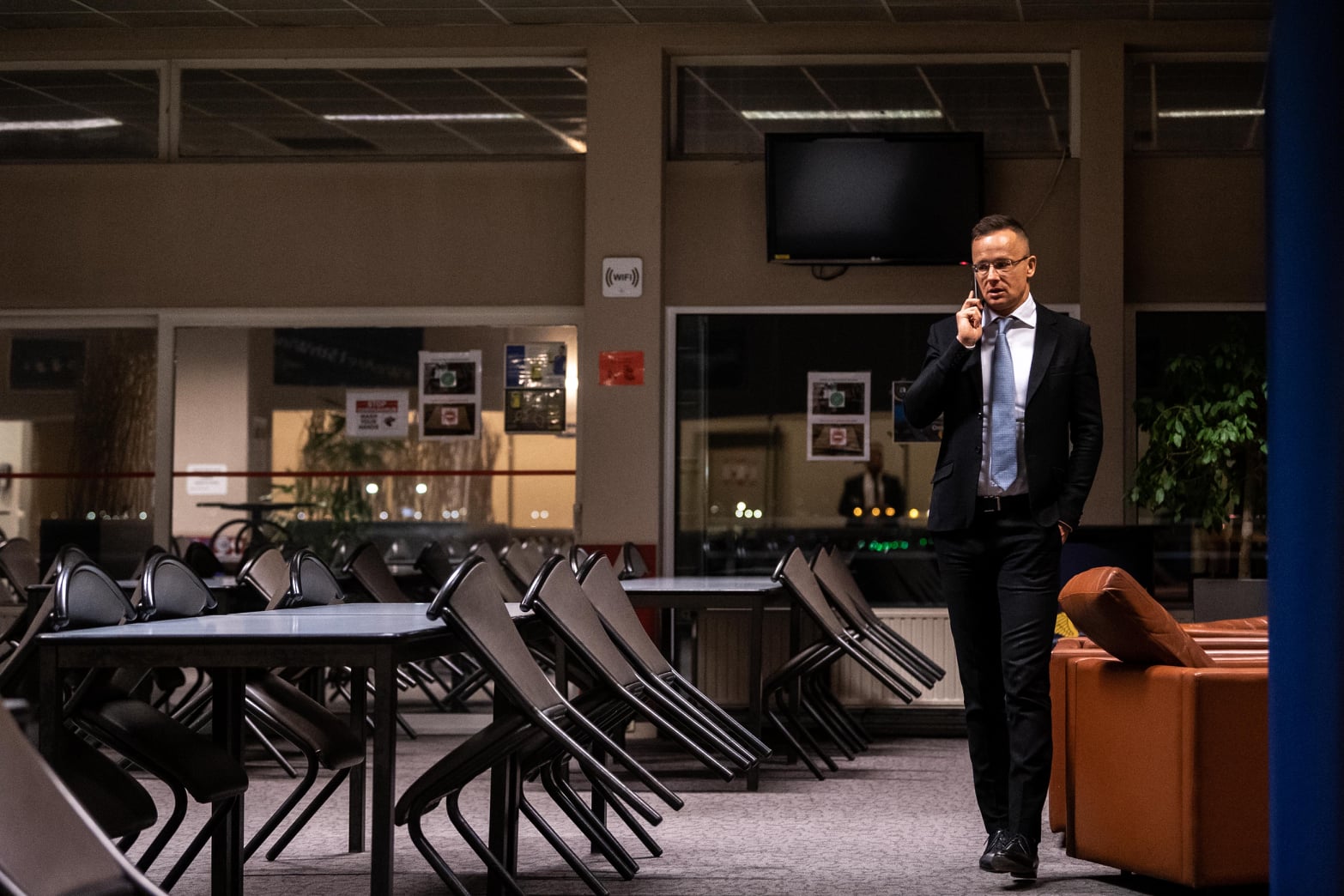 The EU showed unity in its decision, which Hungary was also a part of, the minister said after the meeting with his European counterparts.

The businesses and banks being sanctioned will be blocked from EU financing, he said.

They also include a ban on the export of dual-use goods and technologies and involve sanctions against a list of individuals, including a freeze on the assets of the Russian president and the foreign minister, he said.

Szijjártó said Hungary considered it important that the sanctions did not endanger the supply of Russian energy and the ability to preserve the achievements of the government’s scheme to keep household utility bills low. He added that it was “good news” that the package did not threaten Hungary’s energy supply, as it did not include restrictions on natural gas imports or the peaceful use of nuclear energy.

Meanwhile, Szijjártó criticised the “lie originating from, it appears, the head of the European People’s Party”, who had said that certain EU countries, including Hungary, had blocked the move to cut Russia off from the SWIFT payment network. “That did not happen; Hungary did not address that issue,” the minister said.

Tusk says leaders of several member states urged the community to be cautious, fearing for their own economic interests.Continue reading

He said it was “shocking” that “the leader of a major European political family is trying to gain political benefits even in a time of war”.

As regards the situation in Kyiv, Szijjártó said the staff at the Hungarian embassy had reported hearing gunfire and smelling gunpowder all day near the embassy.

He said Hungary had decided to evacuate from the capital some embassy personnel and their family members along with the staff of the Kyiv offices of the OSCE and the Council of Europe in a joint operation.

“Unfortunately, certain Hungarian left-wing media outlets made the operation public in a critical phase, which could easily have endangered the health or lives of the Hungarian and non-Hungarian citizens involved in the operation,” Szijjártó said. He added that the evacuation had successfully passed “a part of the critical areas”.

Hungary has opened a humanitarian corridor for the citizens of third countries in Ukraine who will be allowed to enter without a visa, Szijjártó said.

He added that some countries will send charter flights to Hungary to pick up their citizens freeing from Ukraine. Others will return home on commercial flights from Hungary.

A decision has also been made to allow swift and unimpeded passage for humanitarian aid to Ukraine, he said. Hungary is in constant contact with the governor of Transcarpathia, who has made certain requests for assistance which are now being reviewed, Szijjártó said.

Hungarian police forces are working at the border at full capacity, he said, adding that the pace at which people are being let through from Ukraine depended on the Ukrainian side.

The minister also said Hungarian lorry drivers in Ukraine and Belarus were receiving constant assistance “so that they don’t end up stranded somewhere”.

He said four Hungarian Wizz Air aircraft were stuck in Ukraine. In the meantime, the Ukrainian crew of the aircraft stranded in Lviv managed ot reach Hungary.

Hungary is helping the citizens of third countries leave Ukraine and enter Hungary, Szijjártó said, adding that 25 Czech diplomats and their family members were given assistance most recently. The entry of 950 Indian nationals into Hungary is also under way, who will be picked up by a plane sent by India, he said.

Hungary is also helping Israeli citizens and has received requests for help from Jordanians, Iranians, the minister said, adding that 15 Maldivian students will also soon be granted entry into the country.

Szijjártó said he will next travel to New York to discuss the situation in Ukraine with United Nations leaders.