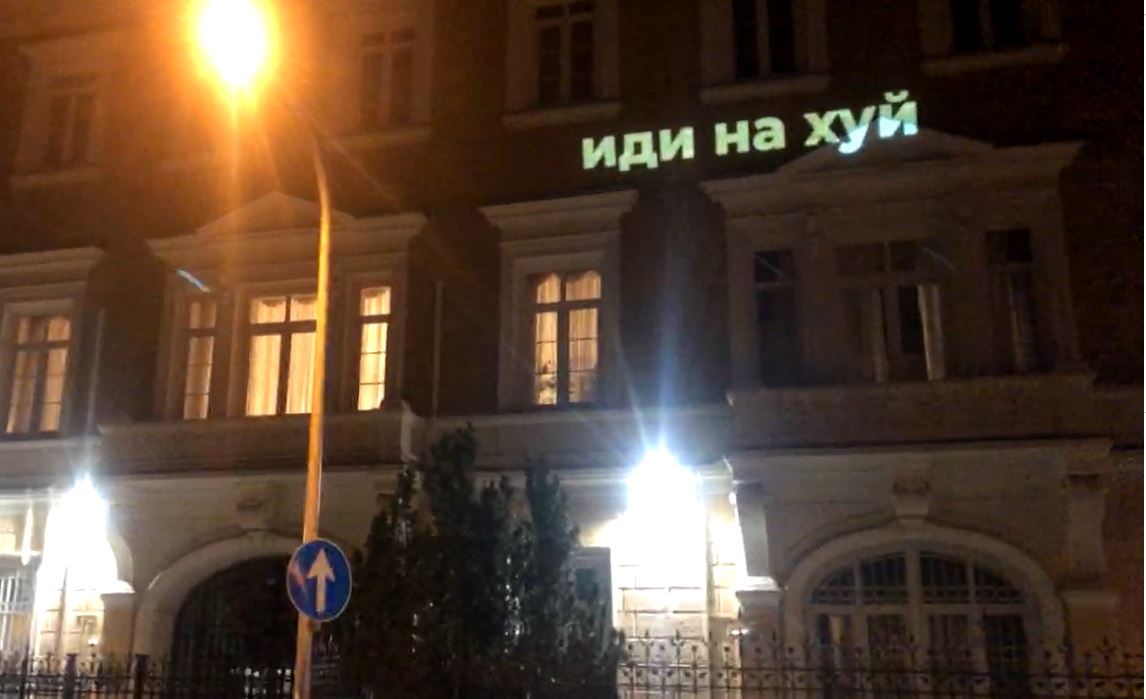 The satirical, government-critical Two Tailed Dog Party (MKKP) light-painted the Snake Island’s defenders message on the Russian embassy in Budapest on Sunday, in response to Vladimir Putin’s order to put Russia’s nuclear deterrent forces on high alert. Meanwhile, local Ukrainians’ demonstration, held in front of the embassy, drew around 1,000 the day before.

“Russia has ordered a nuclear alert, and this is our diplomatic response, which is the same as the one at Snake Island,” MKKP leader Gergely Kovács explains in the video, which then shows the Russian embassy’s building in Budapest with the slogan “иди на хуй” or “f**k off,” the phrase that the defenders of Snake Island, located off the Ukrainian coast on the Black Sea, reportedly told a Russian warship that attacked them last Thursday. (First reports said that all 13 Ukrainian defenders of the tiny island were killed after refusing to surrender to the Russian forces, but most recent news claims they may actually be alive, sent into captivity by the Russians).

When police wished to intervene, MKKP politicians said there was a campaigning event going on, therefore it didn’t need to be officially registered.

In addition, at least 5-600 people gathered in front of the Russian embassy on Bajza Street Saturday afternoon, following the call of the Hungarian-based Unified Ukrainian Association, Telex reported. 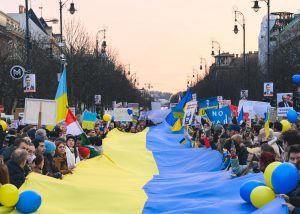 “Innocent civilians, including children, are dying in the heart of Europe today, 26th of February. Russia is violating the international law,” he said. The organizers also collected donations to be sent to Ukraine.

At around half past 5, the crowd, by then grown to around 1,000 people, began to walk down Andrássy Avenue towards Heroes’ Square, where organizers eventually announced that the event was over.