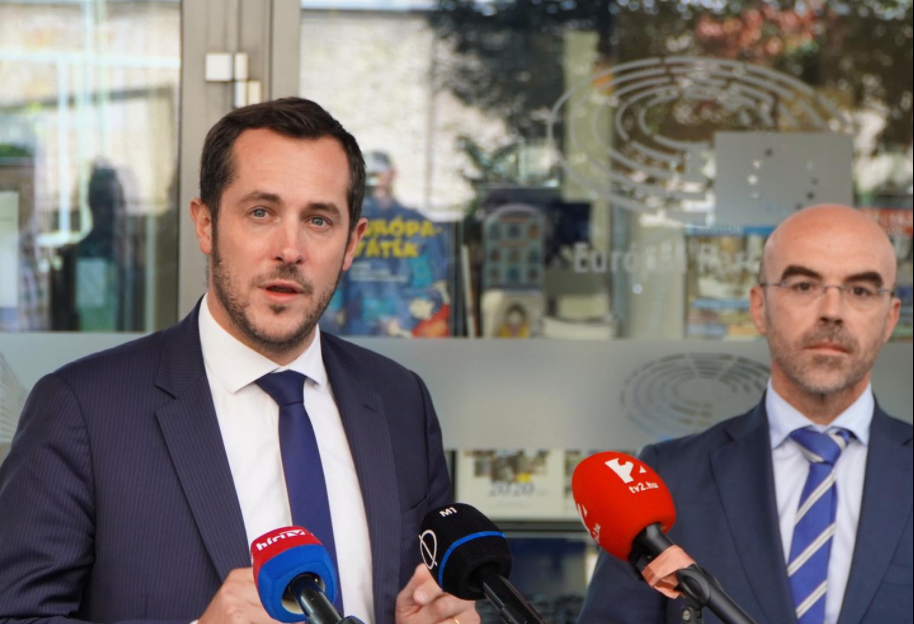 It is high time to stop a show trial or “witch-hunt” that Hungary is subjected to by European Union institutions, a French and a Spanish member of the European Parliament’s Committee on Civil Liberties, Justice and Home Affairs (LIBE) said on Friday.

Nicolas Bay, the French deputy leader of the Identity and Democracy group, and Jorge Buxade Villalba, the Spanish member of the European Conservatives and Reformists group, held a joint press conference in Budapest after a three-day visit by the LIBE delegation.

Bay called the ongoing Article 7 procedure against Hungary a “show trial” that the EP had started to attack the Hungarian government.

Three-quarters of the people heard by the LIBE delegation during its visit, including politicians, civilians, judges and others, had ties to the left wing and failed to “properly represent Hungarian society”, he added. Over the three days, nobody managed to give even a single example showing that the rule of law was violated in Hungary, he said.

An opposition primary held recently demonstrated that Hungary had a “living and healthy democracy”, Bay said.

Judges of the supreme court Kúria, Justice Minister Judit Varga and Interior Minister Sándor Pintér whom the LIBE delegation met made it clear that Hungary was a properly working democracy with an independent judiciary, Bay said, describing the attacks by EU institutions against Hungary as harrasment that must be stopped.

Villalba drew the conclusion from the visit that Hungary had a perfectly working democracy, one that is even better than in other member states. The liberal parties, including the European People’s Party, are only interested in using the EU’s institutional framework to pave the way for the defeat of Hungary’s government, ruling Fidesz and Prime Minister Viktor Orbán, he said, adding that the same applies to the procedure against Poland and against any politician who stands up for traditions and national identity.

featured image: Bay (left) and Buxadé at the press conference; via Facebook