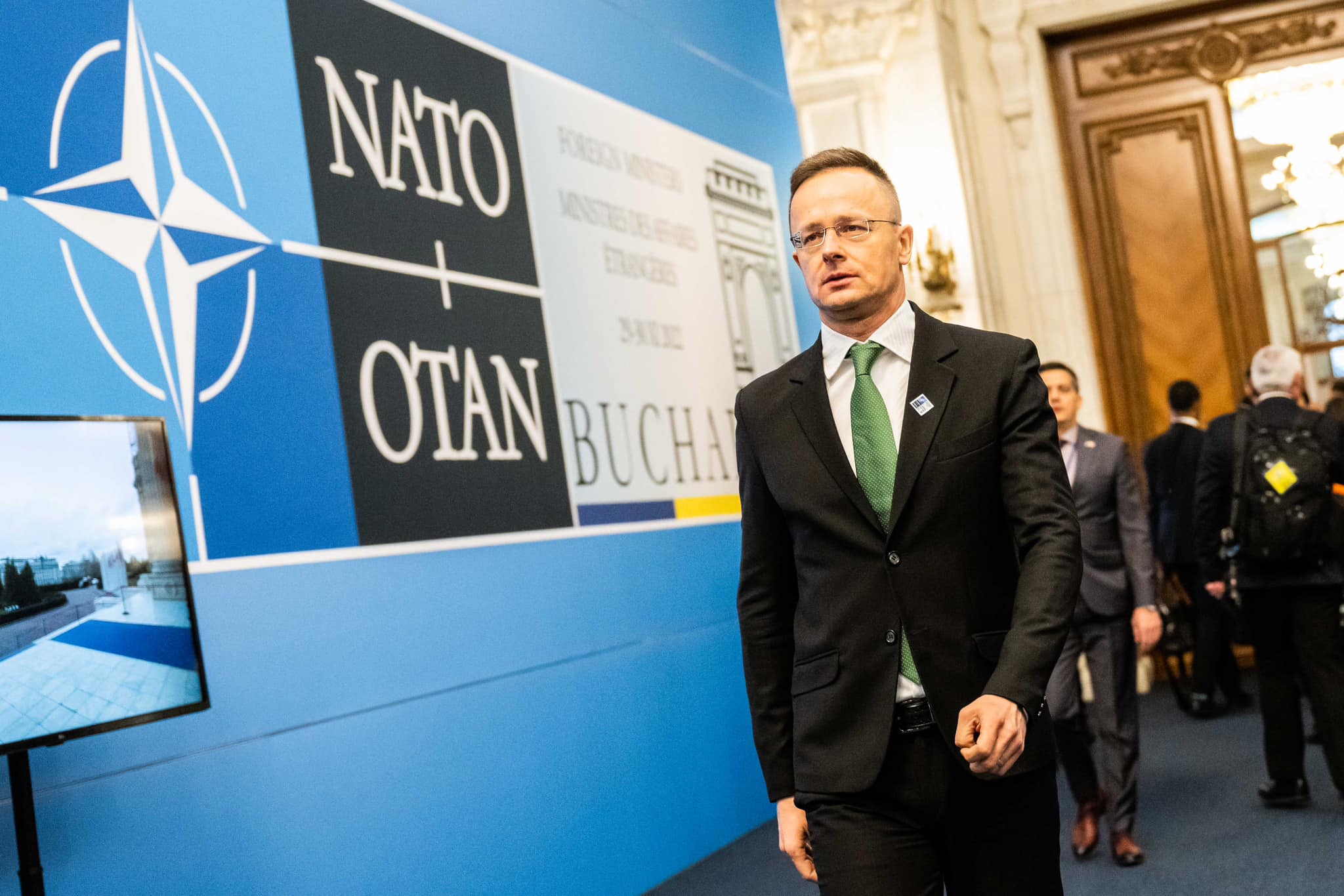 It has been clear for years that the Hungarian government will not agree to a formal meeting of the NATO-Ukraine Commission until the Hungarians of Transcarpathia have their rights restored, Minister of Foreign Affairs and Trade Péter Szijjártó told public television station M1 at the NATO foreign ministers’ meeting in Bucharest on Tuesday.

Szijjártó stressed that since the outbreak of the war in Ukraine, everyone can see and experience that Hungary does not raise issues related to the rights of the Hungarians in Transcarpathia. “We do not mention them, but we have not forgotten these issues either,” he said. “We cannot and do not want to retreat from this position,” Szijjártó said, underlining that the government continues to attach the utmost importance to ensuring the rights of the Hungarian minority in Ukraine.

At a press conference on Wednesday, Szijjártó said that NATO had reaffirmed its “open door” policy, but it was clear that a country could only join the military alliance if it did not endanger but strengthened the security of its current members. The minister said it was “telling” that Bosnia and Herzegovina, Georgia, and Moldova had been invited to the meeting.

He said that he had held talks with his Finnish and Swedish counterparts, whom he told that Hungary would not delay the entry of their countries. He pointed out that they would have to reach an agreement with Turkey to do so and expressed the hope that this would happen as soon as possible.

Prime Minister Viktor Orbán said that the Hungarian Parliament is expected to put the ratification of Swedish and Finnish NATO membership on its agenda early next year. The government has come under international criticism for not yet having approved their membership. The Hungarian government’s position is that priority in parliament should be given to laws that help secure an agreement with the European Commission on EU funds.

All efforts should be made to avoid a direct armed conflict between NATO and Russia, as any escalation would affect the geographically closest areas the most, and therefore the focus should be on peace-building, taking into account the approach of winter, Szijjártó said.

The minister praised the calm shown by Warsaw following the missile strikes in Poland just two weeks ago, about which he reiterated his concerns. “It is thanks to the spirit and extremely responsible behavior of Polish leaders that we are not discussing developments in World War III here in Bucharest today,” he said.