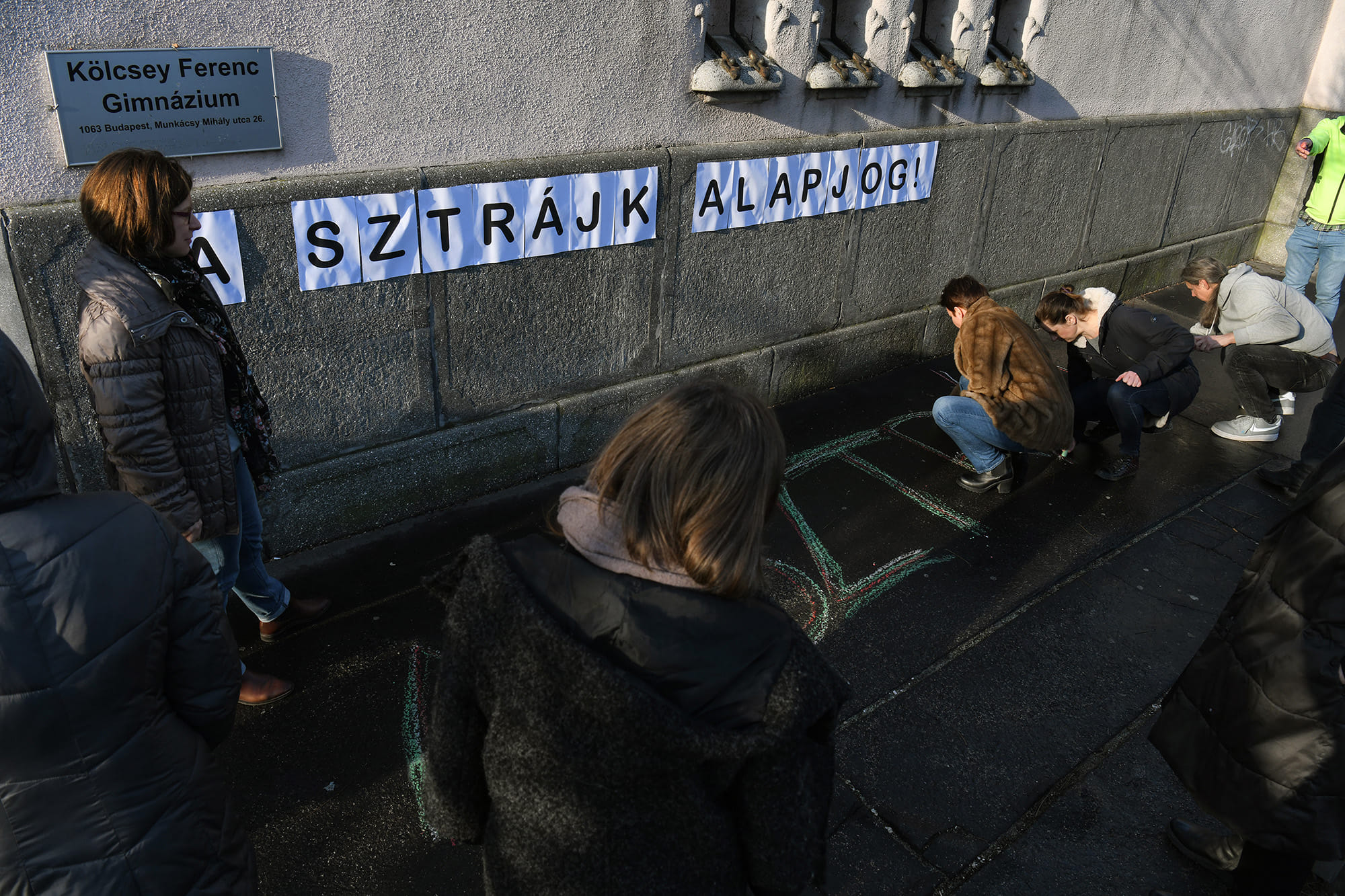 Teachers from several high schools in Budapest are holding a strike against the government’s new mandate which makes it difficult for teachers to go on strike in the future.

As we have previously reported, on Friday, the government issued a mandate in their official gazette, Magyar Közlöny, about how childcare has to be organized and what hours have to be held under the heading of emergency legislation due to the pandemic.

The law orders supervision of children between 7 am and 4 pm for schools, 5 pm for primary schools, and 6 pm for nurseries on all working days affected by the strike. It also stipulates that each child or pupil may only be in the same room with peers with whom they were in the same group or class before the strike – meaning that they cannot be temporarily grouped together. The reason given by the government is “to protect against the spread of the epidemic.”

They also require that each group and class must have at least one qualified teacher, college educator, tutor, or (remedial) teaching assistant. The children must be provided with the usual meals, boarding, and one hour of open-air in the morning and one hour in the afternoon. In addition, the regulation stipulates that all exam preparation lessons in the compulsory graduation certificate subjects must be given to secondary school students preparing for graduation. Other students are required to attend half of the lessons in each subject. In addition, if teachers decide to go on strike, they do not get paid during that time.

The government’s new order, which adds to already existing strict measures, requires so much that it makes striking for teachers almost impossible as they still have to work while on strike.

This is civil disobedience, it has nothing to do with the trade unions,”

Viktor Tóth, a teacher at the Szent László High School in Kőbánya, told HVG after he and 11 colleagues refused to work on Monday and held a one-day mini-strike in the institution’s assembly hall. As far as he is aware, the replacement is being solved by group mergers in the institution. Tóth said that the school’s teachers, who are currently engaged in civil disobedience, are gambling with their jobs, but he said they have nothing left to lose. He added that the vast majority of the school’s teaching staff agree with them.

The teachers of the Saint László High School have decided to strike now because they say that the latest government mandate will make it impossible for them to strike later.

After the Saint László High School, 20 teachers at the Kölcsey Ferenc High School in Budapest are also protesting against the government’s order and are teaching on Tuesday. Katalin Törley, a teacher at the school, told HVG that their action is not against the students, the principal, or even the school district, but only against the government mandate announced on Friday. She said that she had sent an official letter informing the head of the school about the strike and that he would inform the head of the school district.

Törley said the most likely scenario is that they will have their wages deducted, but many fear losing their jobs because of the strike. She considers dismissal unlikely since there is already a shortage of teachers, and stressed that it would be a disproportionate retaliation for a one-day strike. 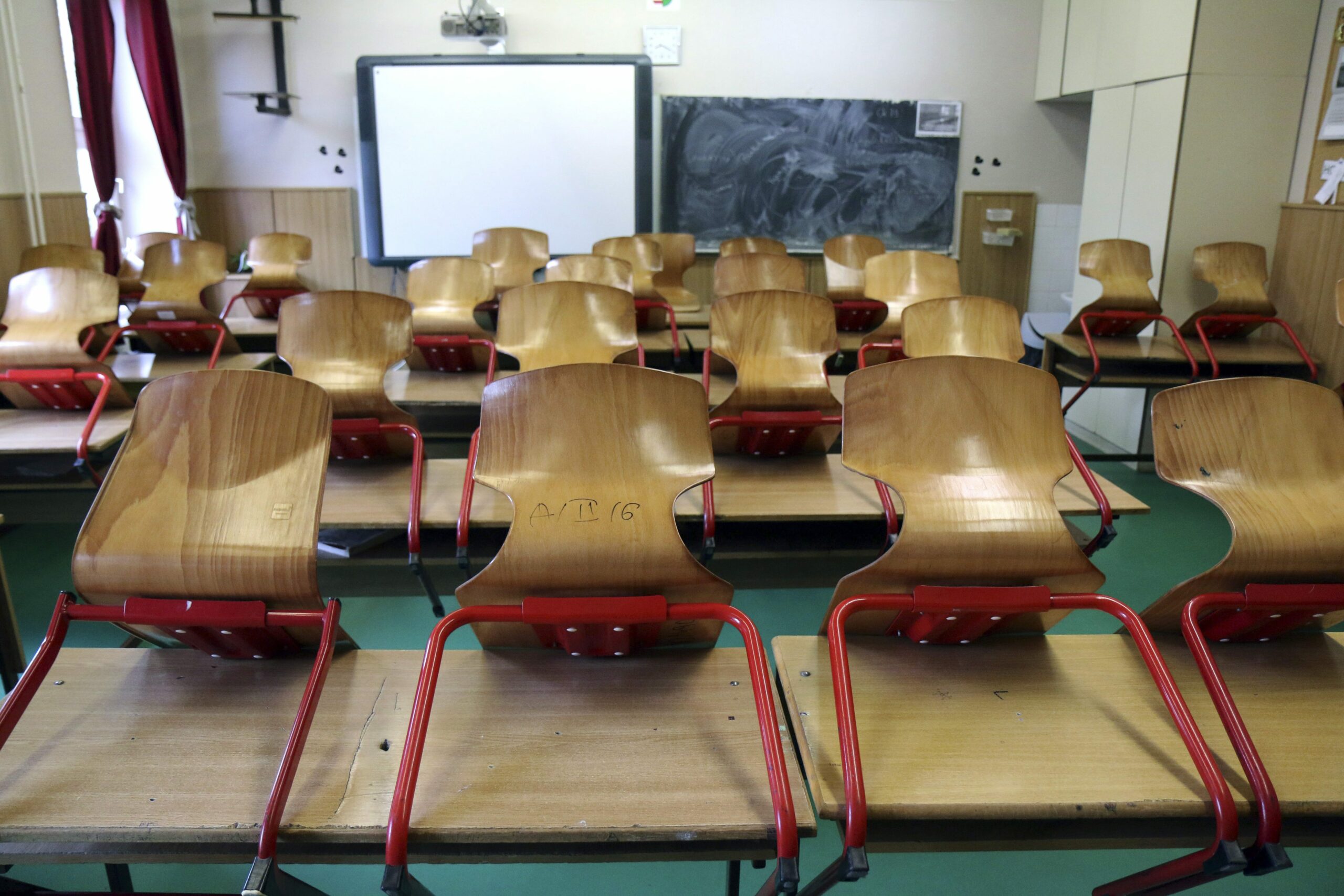 At the entrance to the school, the teachers hung a banner with the same slogan as the teachers at  Saint László High School on Monday: “Strike is a fundamental right!”

Featured image: Teachers in front of the Kölcsey Ferenc High School in Budapest with the slogan “Strike is a fundamental right!” Photo via the Democratic Teachers’ Union’s Facebook page