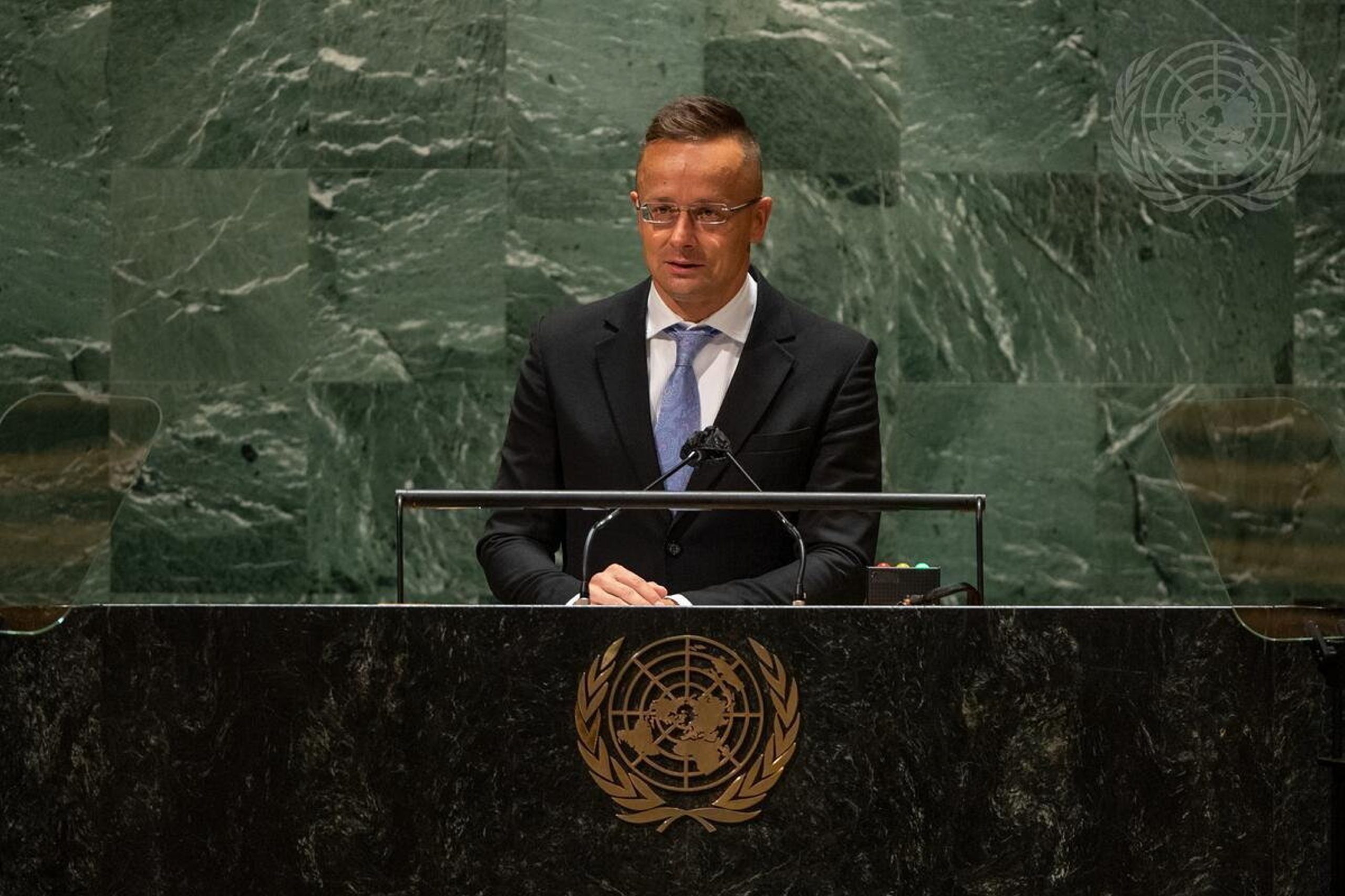 With the war in Ukraine becoming increasingly brutal, it is crucial that the United Nations play an even more active role in creating peace in the country, Foreign Minister Péter Szijjártó said in New York on Wednesday.

Addressing a session of the UN General Assembly on the financing of peacebuilding activities, Szijjártó said he is from a country that faced multiple security challenges, noting the ongoing war in neighbouring Ukraine. He said those who were born in the late 1970s or later “had a legitimate hope that during our lifetime we will not have to be faced with war in our neighbourhood.” “But this legitimate hope of ours has been recently destroyed.”

Szijjártó said that each and every second of the war in Ukraine posed a security risk to Hungary. Under such circumstances the government’s priority is to maintain peace in Hungary and guarantee the security of the country and its people.

He urged the international community to make every effort to ensure that the war came to an end as soon as possible and that it did not spread beyond Ukraine’s borders.

To avoid Hungary getting dragged into the war, the government has decided not to send weapons to Ukraine and to ban the transit of weapons deliveries through Hungary’s territory, the minister noted. Had Hungary not done this, it would have risked becoming part of the conflict, he added.

Szijjártó said innocent people were dying in Ukraine and millions had been forced to leave their homes. As a neighbouring country, Hungary has taken in 640,000 refugees from Ukraine who have received treatment and accommodation, Szijjártó said, adding that those staying in the country for an extended period were being given work, while children are offered school placement. He said Hungary will take in all refugees from Ukraine.

Hungary has sent over 1,000 tonnes of aid to Ukraine and will send more, he said.

Szijjártó urged the opening of humanitarian corridors, saying civilians must be allowed to leave the areas that are under siege. Hungary therefore supports the proposal to set up humanitarian contact groups, he added.

Szijjarto said the UN should play a more active role in establishing peace in Ukraine. The United Nations should step up efforts to establish peace in Ukraine and achieve a ceasefire agreement.

Hungary will continue to guarantee the conditions necessary for the International Red Cross to conduct its operations, Szijjártó said, adding that Hungary’s decision not to send weapons to Ukraine ensured that humanitarian aid could cross the Ukraine-Hungary border.

"Neither Ukraine nor its President, Volodymyr Zelenskyy, took part in the political campaign in Hungary. The Ukrainian President is now occupied with a much more important task - the fight against Russian aggression." the Ministry of Foreign Affairs in Ukraine said.Continue reading

The war in Ukraine is becoming increasingly brutal and if it is not brought to an end as soon as possible, its consequences will be even more tragic, Szijjártó said. That is why, he said, it was high time for the UN to activate its peacebuilding competences to achieve peace in Ukraine, for which the peacebuilding fund could be a useful tool.