Hungary accepts all refugees fleeing the war in Ukraine but its borders remain closed to illegal immigrants, Foreign Minister Péter Szijjártó told the general assembly of the UN Human Rights Council in Geneva on Wednesday.

“Hungary has been led by a Christian Democratic, nationally minded, patriotic right-wing government for 12 years which bases its policies on Christian values, guaranteeing the full enforcement of human rights,” the foreign ministry cited Szijjártó as saying at the council’s session held as part of Hungary’s Universal Periodic Review.

The war in Ukraine is violating the most fundamental of human rights, which poses a serious security risk, Szijjártó said. Hungary’s government must guarantee that the country’s inhabitants can live in peace and security, on which there can be “no compromise”, he said.

Szijjártó said Hungary’s government had to guarantee the security of the Hungarian people, prevent the country from being dragged into the war and ensure that Hungarians are not made to pay the price of war.

A significant portion of Hungary’s armed forces has been deployed to the east of the country, Szijjártó noted, adding that in the interest of minimising risks, Hungary has decided against sending troops and weapons to Ukraine and has banned the transit of lethal aid across the country.

“At the same time, we know, understand and respect that some of our friends and allies have chosen differently,” he said.

The minister also noted that Hungary’s government opposed decisions that would threaten the country’s energy security.

Szijjártó said it was not realistic to cut dependence on Russian energy “from one year to the next, let alone from one day to the next”.

He said Hungary was taking in all refugees fleeing Ukraine, noting that more than half a million people have arrived in the country so far, but more refugee waves could be expected if the situation in Ukraine deteriorated.

Szijjártó called it “problematic” that while Hungary and Poland were the countries providing care for most of the refugees fleeing Ukraine, Brussels was “withholding the funds these two countries are entitled to”.

He said the Hungarian authorities would continue to turn away illegal immigrants, arguing that they were not coming from a war-torn neighbouring country, but from thousands of kilometres away while passing through several safe countries.

Whereas illegal immigrants regularly breach the borders, attack police officers, behave aggressively and refuse to cooperate with the authorities, the refugees from Ukraine use the official border stations, wait patiently for their turn, show respect, register before entering the country and thank the authorities for their help, the minister said.

The Hungarian authorities apprehended 123,000 illegal migrants at the southern border last year and have stopped 34,000 so far this year, “relieving western European countries of a huge burden”, Szijjártó said.

Meanwhile, he said there were “dangerous proposals” on the agendas of international organisations regarding the war in Ukraine. The minister said the imposition of a no-fly zone over Ukraine would lead to an air war while a peacekeeping mission of ground forces would also be problematic without peace. Such proposals “open up a new dimension” in terms of the risk of the war spreading beyond Ukraine, he said. 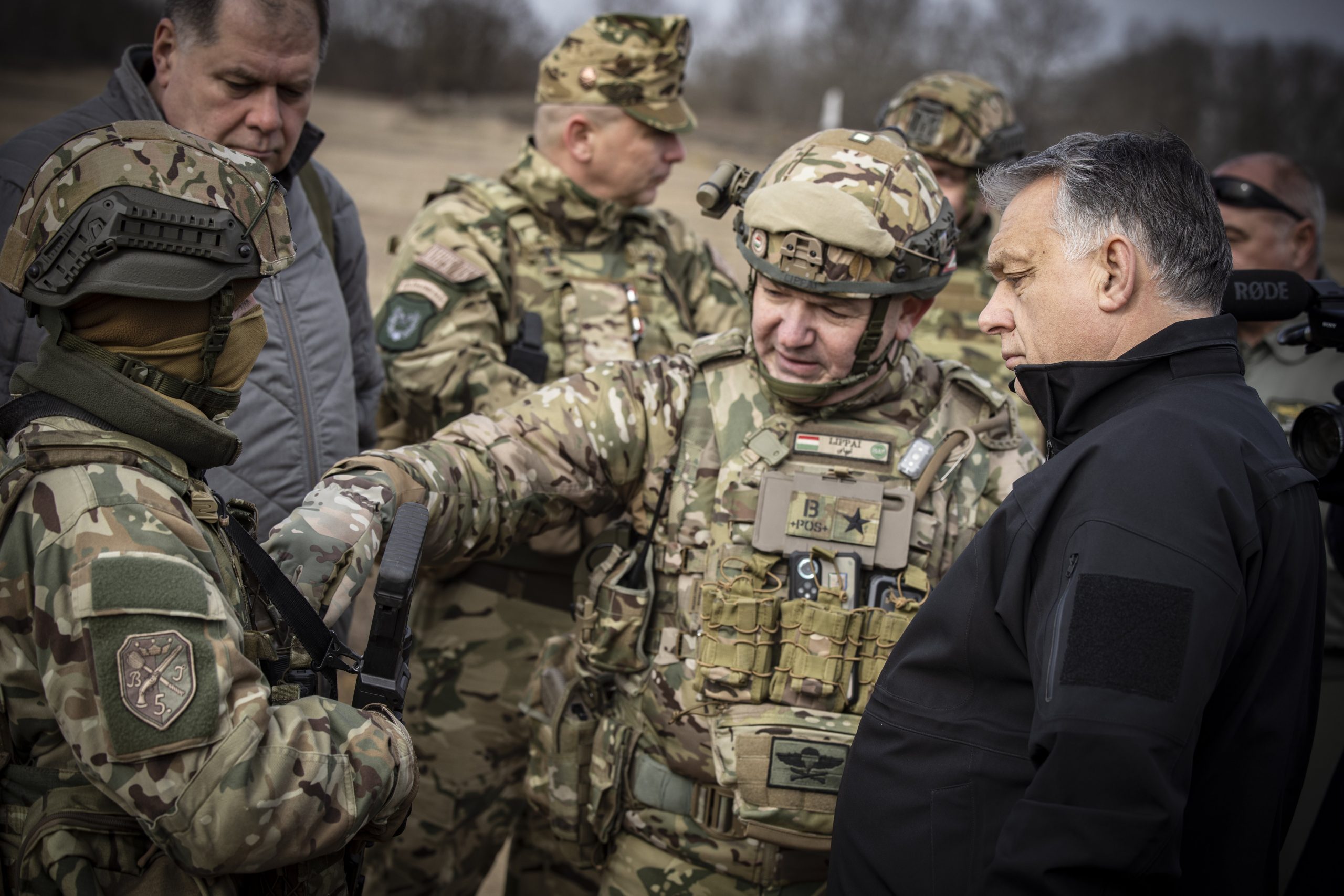 "NATO is a defence alliance," Orbán said, adding that "it is not NATO's job to get involved in a military operation outside its territory."Continue reading

On the topic of the upcoming referendum on Hungary’s child protection law, Szijjártó said parents should have the exclusive right to decide how to educate their children on sexual orientations, adding that it was also important to shield children from harmful and inappropriate content.

Szijjártó said Hungary had accepted 131 and acknowledged 136 of the 267 recommendations it has received from the Human Rights Council. Hungary has rejected some of those 136 recommendations either because they were incompatible with the country’s constitution or were “politically motivated”, he said.